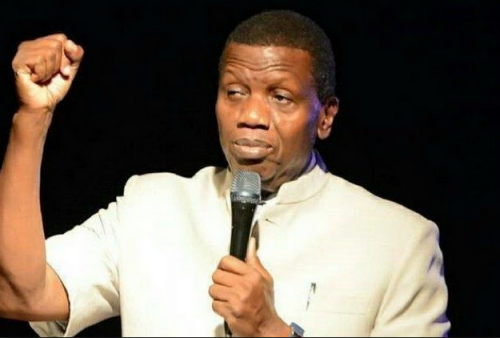 PROPHECY, CONTROL AND RELIGIOUS HEGEMONY: THE REDEEMED CHRISTIAN CHURCH AND THE REST OF US
by

PROPHECY THAT MAY NOT BE FULFILLED

When John Wesley lay dying the elders of Methodism surrounded his bed and asked him to give them a word before passage. And Wesley opened his eyes and declared: “Tell all Methodists God is with us”. That was 1791 and it was really true then that God indeed was with the Methodists, if He ever was with any denomination.
Is God with the Methodists today? May be, may be not. But Wesley’s prophecy was at least true in his days and even in the generations following.
In 1920’s Moses Orimolade prophesied that the C&S would outlive and outlast all other churches. Had that happened? Perhaps still in the future but not yet.
In the 1950’s Joseph Babalola said that the CAC is the last vehicle of salvation in the Park of God and that no church will again emerge that will again outshine CAC.  I also leave you to judge whether this has happened.
This present prophecy by Enoch Adeboye will also go the same way of unfulfilled prophecy. And more deservedly so than those above.
And in a sense Babalola was right because in the day when he gave that prophecy CAC was indeed the last vehicle of salvation and if the generations following had continued with the same spirit of their fathers the Lord too would have kept His word.
These prophecies however forgot one crucial thing about God: God never ties any man or woman or denomination to His purpose. To do that would bring Him to a state of dependency
and dependency is incompatible with sovereignty and omnipotency. That is why I don’t mind telling you that this new addition, this prophecy of ” join RCCG or fail”- for that is what it boils to,- will itself fail.
GOING THE WAY OF ROME
The greatest danger of this prophecy is that it creates wedges among the body of believers. Segmentation and Othering are its logical consequences. Much evil will result from this self- fulfilling prophecy.  Since no one is expected to be anything or somebody without the input of RCCG then every effort too must be made to keep “others” from progress and advancement where it is in the power of Redeemed members to do so.  This prophecy has given them the template. Thus if an RCCG member heads a place every available slots must be filled with RCCG members since it is the church destined to have achievers and others are merely parasites existing on her grace.  The other day the Vice President, Yemi Osinbajo was accused of filling all the slots in his office with his church members only. Now, with this prophecy we shall see more of that, assuming it is true.
There is the other side of the coin. Since no one is supposed to be anything except with RCCG’s grace and input, then what happens to those who still made it anyway without RCCG? Will they be subverted or brought down in order for the prophecy of Daddy G.O to meet fulfilment? Thus the ground for witchcraft and control is also in place to perpetrate all perversions. It is now we and the others, not the same body of Christ again.
The Church of Rome saw itself as the only Church and the gateway to heaven. She saw herself as the very body of Christ and her pope as the vicar of Christ. In actual fact she saw her traditions as superior to the Bible. Salvation is not by grace or striving to holiness but to be member of the only one and Holy Catholic Church. All kinds of evils were justified against other believers as long as they were not part of our Communion even though they too professed the Name of Jesus. But one day judgment came. A Luther was born.
The Redeemed Christian Church now seems to be going the same way as Roman Catholic Church ( another RCC, what a coincidence)
The signs are becoming visible, the similarities are becoming striking; but I have no time to visit that today.
In the 1920’s to 30’s God mightily used the Cherubim and Seraphim in this nation. But they became too tall for their age and the Ark left them.
Then the CAC bore that Ark until they too allowed pride in their midst as Niyi Adedokun rightly sang So they were humbled. The Ark moved again.
The Deeper Life held sway in the 1980’s and if there was one Movement that God gave the youths of this nation into its hands it was this Movement. Then it too began to see herself as unique, special and look at other Christians as inferior. She became proud of her knowledge or, to use Winston Churchill’s expression, she became “inebriated with the exuberance of her own verbosity”. Some of them actually believed that you can’t go to heaven unless you are a member of Deeper Life Ministry. So, God humbled them, just as He did to CAC and others before them.

It is now the time of the Redeemed, the RCCG. From some of the emanations and statements coming from some of the principal votaries of this denomination it shows they have not learnt much from those that have gone ahead of them. Soon they too will learn the lesson that God has not yet created anyone that He cannot humble. As a prophet I know this. Soon, Nigerians will know it.
.© Moses Oludele Idowu ( Nov 30, 2019)
mosheoluidowu@yahoo.com
08023028950 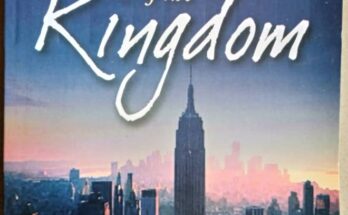 Understanding the full picture of the gospel from the kingdom perspective 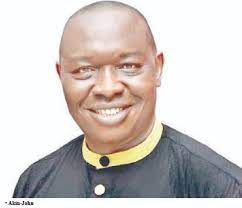 4 Comments on “PROPHECY, CONTROL & RELIGIOUS HEGEMONY: RCCG & THE REST OF US”