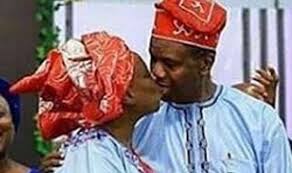 When Pastor Enoch Adejare Adeboye was 66, Church Times Nigeria had an interview with him which was the basis of the story published with the headline: My greatest temptation-Adeboye. Find below

Pastor Enoch Adejare Adeboye is by no means a loud person. His visage, voice and composure all point to one word: Humility. And there are times one is forced to ask if he ever gets angry? That is perhaps a question that would be best answered by those who are close to him.

But one thing stands out in his life: His simplicity. You hardly see him in any other style apart from his French suit. Occasionally he wears an agbada. And even at that the humility strikes.

Born on March 2,1942 in a humble environment, this man of God who has been tremendously used of God to bring life to people around the globe, is 66 (now 70). That is not the news. The news is that for about 39 years he has been on the Lord’s side, serving as a role model to believers, a teacher of the word as well as instrument in the hands of God to dislodge the camp of the devil.

Adeboye who responded to questions sent to him by Church Times in 2008 was as clear as ever in his response while choosing to be silent on some areas that were apparently related to the doctrine and the practices in the Redeemed Christian Church of God.

For Adeboye, a former university teacher who heeded the call of God on July 29 1973 ministry work is not a tea party. For him the mission of our Lord Jesus Christ demands all the attention needed and that was made obvious in his reply to the questions sent to him. 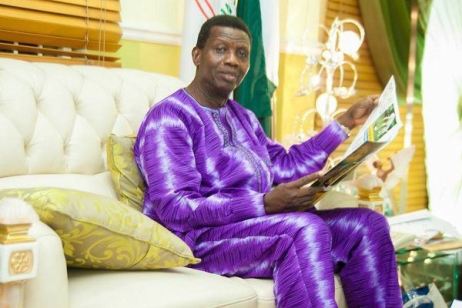 For the Ifewara, Osun State born servant of God, the greatest gift he had ever received is not material things as one would have expected. Rather it was the commencement of the Holy Ghost service at the Redemption Camp.

He confessed, there is no greater birthday gift than the commencement of the Holy Ghost service. I was waiting on the Lord and He had inquired from me what I would love to have to celebrate my birthday. That was about 22 years ago (now 26) and I told God that I would love a situation where all those who attend the Redeemed Christian Church of God got answers to all their prayers and that all sicknesses be healed.

Today the Holy Ghost service has become a meeting point for Christians around the world. It is amazing that some people literally come from outside the country to attend the service. That perhaps prompted daddy G.O. as he is fondly called to inaugurate the programme in other parts of the world.

Apart from this mind boggling miracles are known to take place in the service which now attracts thousands of people.

Adeboye, a PhD holder in Applied Mathematics and a one time senior lecturer at the University of Ilorin was ordained to take over as the General Overseer of the church on January 21, 1981 . The reverend Josiah Olufemi Akindayomi who God used to establish the church died on November 2, 1980 .

Read also; I once went to toilet 23 times in a day-Adeboye https://churchtimesnigeria.net/i-once-went-to-toilet-23-times-in-a-day-adeboye/

Since he took over he has had to face several challenges. Some people within the church felt he was a new comer and thus did not deserve to oversee the church. The trouble became so much for Adeboye who confessed in one of his messages that he had to take to intensive fasting and praying to ward off such distractions.

He had developed a passionate praying and fasting life that some people believe food perhaps have no place in his stomach. He however told Church Times, “I do eat. I enjoy eating pounded yam if I’m not fasting” in response to one of the questions.

He believes the life of a believer should be a life of devotion and commitment. An acclaimed holiness preacher, the Lord has enabled him to take the RCCG to about 140 countries of the world as at 2008 including places like Israel , Asia , US and Europe .

How to celebrate birthdays

He advised, “Birthday should be spent in meditation rather than celebration. The Bible says we should number our days so we could apply our hearts to wisdom. So, if there will be any celebration at all, it should be one of thanksgiving to God for sparring our lives to see a new beginning”

While declaring that the church had no problem with the Ogun State Government in response to the question on the Land it acquired for the camp site, he said, “We have had a cordial relationship with the government of Ogun State and we don’t have problem with the Land we have acquired so far. The Lord told me that Redemption Camp will become a city. That is what God promised me”

He agreed that there are several characters in the Body of Christ, some good and some bad. But that according to him will not stop the church from moving on. The challenge has always been there. It has always been through the ages. And this is the problem of mixed multitudes. People like Ananias and Saphira, like Simon the Sorcerer mixing with the believers. The almighty God Himself said that all plants that He did not plant will be rooted up. He will cleanse His church Himself”

He decried a situation where some pastors now divorce their wives at the slightest excuse noting that the trend is disturbing. “I must say this is the sign of the endtimes and it is a signal that those who are standing in the Lord to stand firm and expect the coming of the Lord any time”

Does he face temptation? If Jesus was tempted after a long period of fasting and praying, then pastor Adeboye is not immune to being tempted. On his greatest temptation, He confessed, “It is how to deal with those you have helped and who have now turned around to betray you. You overcome when you too remember you have offended God despite all His love for us. But he still forgave us all the same.”

Stories by By Gbenga Osinaike and Gbenga Aladesanmi

3 Comments on “My greatest temptation-Adeboye..recounts how he overcomes”