Trending Now
Adeboye: Some women consider it privilege to sleep...
Despite challenges, God has been good to Nigerians...
Writers save lives, solve problems says Omotosho @...
Prince Harry’s book that hit 1.2m sales in...
Ex-Apola king, Idowu Animasawun celebrates 85th birthday with missions...
Nigeria can’t make progress if the Church is...
Peter Obi: I have not promised I will...
2023 elections and the imperative of divine timing
RCCG announces Prof. Aboaba’s passage says “He is...
The Paternoster Code: Debunking the age-long misconceptions about...
Home Features REV. BADEJO: His life of impact and my last handshake with him by Moshood Isamotu 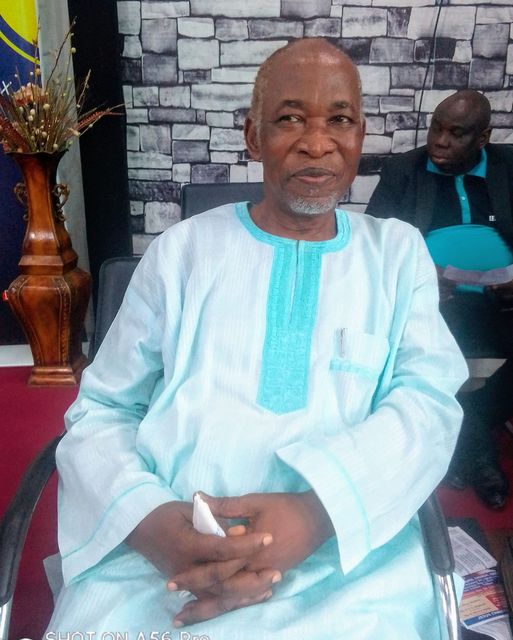 REV. BADEJO: His life of impact and my last handshake with him by Moshood Isamotu

The body of Christ worldwide is mourning the passing into glory of one of God’s generals and faithful servants in this dispensation, Rev. Wilson Badejo, who died on Saturday, 7th of August 2021.

I think the passing of Rev. Badejo should rather be a celebration of the life of a man who lived a distinguished life for God and humanity since 1969 when he gave his to Christ at the University of Ibadan as an undergraduate.

Since then, he had put his hands on the plough and succeeded in harvesting quantum souls for God before he was called home. I am happy I had a connection with him through Rev. Dan Sunday Akingbelure, the General Overseer of Total Gospel Bible Church (TGBC).

Just last Sunday, August 1, the highly revered man of God had addressed us at the Headquarters of TGBC Akoka, Yaba, Lagos to mentor and admonish us as part of his divine assignment to TGBC in which he was the grandfather and spiritual covering for decades.

For one hour, Baba, as he was fondly called, stood up to pass some knowledge to us, resisting our plea that he should sit. After the meeting, I was in a hurry to move out but with a smile, he called me back to have a handshake with him.

He held my hand firmly and shook it. With my head bent as a mark of respect, I felt some sensation in my spirit but I could not decode it. Behold! I never knew it was going to be an eternal sign-off with a man I admired all round.

Baba Badejo lived well; a quiet life. He was an orator with a perfect blend of intellectualism, native wisdom, and pragmatic solutions to life issues and management. With a deep understanding of the Bible, Rev. Badejo preached with zeal and ease. His eschatological and measured explanation style of Bible stories endeared millions of souls to God.

He had some appeals that stood him out among the men of God of his generation. He was always calm, soft, dispassionate, amiable, accommodating, approachable, sacrificial, a builder, zealous for God, admirable, a good mentor, a leader, a Puritan, holiness conscious, less worldly, and a good dresser too. Baba Badejo’s entry into any setting would electrify the environment and soothe any frayed nerve with the words of God no matter the circumstance.

Rev. Badejo was a man of means and highly connected including the seat of power in diverse secular sectors. He was close to Aso Rock but we never heard of him subjugating his divine assignment because of porridge or using his divine position to negotiate for his personal gain. He lived a modest life and his low estate neighborhood at Yaba would attest to this.

His life also epitomized integrity. He refused to be caught in the bug of corruption and tempestuous lifestyle that is sweeping through the land.

Sometimes ago, an anonymous person slipped a cheque into the door of his office, written in his name, and had N86 million value on it. Baba Badejo laughed and rebuked Satan for the temptation. He traced the owner of the cheque to the Central Bank and the owner was said to be credible and the cheque genuine for him to cash. But Baba Badejo would not succumb to the flesh. ‘No’, he told himself, ‘though my name is written on this cheque, the money is not for me. It is for God”. He gave the cheque to the Church.

Baba Badejo was a man of unique and rare faith too. He told us, since 1969 when he gave his life to God, he never took any drug till he died. He believed in divine healing and the grace was sufficient for him.

Rev. Badejo might not have registered a private jet in his lifetime but he registered the Wilson Badejo Foundation that has been impacting lives across the nation. The Foundation has helped many less privileged Nigerians, brilliant but indigent students, widows, and orphans, among others, to have a meaningful life.

For sure, Baba Badejo must by now be dining with Apostle Paul, Pa Abraham, and the great men of faith he always talked about during his preaching. He must be riding on angels’ wings now in heaven, having finished his race well here on earth.

While his death is very painful to us, a big loss indeed, we are happy that we had fond memories of him as a Minister and as a friend.

Our testimonies of him, and many others, will be that Baba Badejo lived for God and humanity.

God is indeed faithful to a faithful servant till the end.

May the good Lord console his wife, Mama Yinka Badejo, family, and many others who looked up to him for guidance and advice in life.

May the Lord grant the soul of Rev. Wilson Badejo eternal rest.

Isamotu is of Pastor of Total Gospel Bible Church, Lagos