Trending Now
Adeboye: Some women consider it privilege to sleep...
Despite challenges, God has been good to Nigerians...
Writers save lives, solve problems says Omotosho @...
Prince Harry’s book that hit 1.2m sales in...
Ex-Apola king, Idowu Animasawun celebrates 85th birthday with missions...
Nigeria can’t make progress if the Church is...
Peter Obi: I have not promised I will...
2023 elections and the imperative of divine timing
RCCG announces Prof. Aboaba’s passage says “He is...
The Paternoster Code: Debunking the age-long misconceptions about...
Home News RCCG fulfils promise, donates Dialysis Center to OOUTH
News

The Redeemed Christian Church of God on Thursday, August 5 fulfilled its promise to the Olabisi Onabanjo University Teaching Hospital, with the donation of a dialysis centre to the teaching hospital. 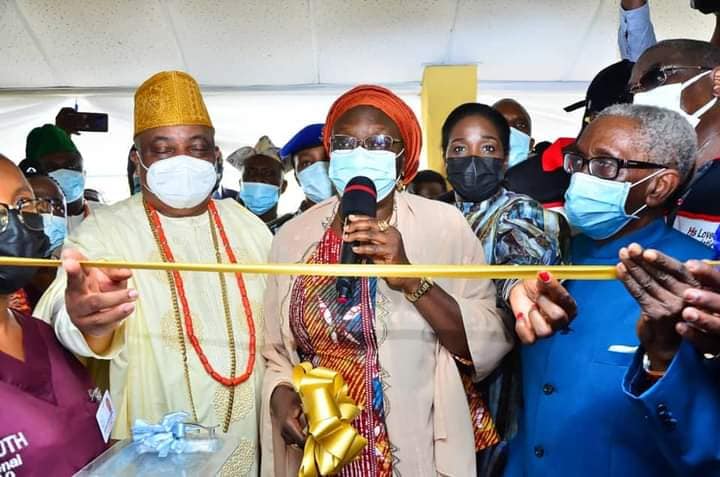 Commisisoning of the dialysis centre

The centre is one of the numerous health facilities donated to various teaching hospitals in Nigeria by the church.

Governor Abiodun while speaking at the commissioning of the centre said according to a statement by the Ogun State Ministry of Health, said: “wellness and welfare of the people would be guaranteed, when churches and other development partners collaborate with the government to provide healthcare services.”

The governor who was represented by his Deputy, Engr. Noimot Salako-Oyedele, Governor Abiodun noted that his administration would continue to initiate impactful policies and programmes towards improving the health status of the people.

“We will continue to build on infrastructure to support and help improve the wellbeing of our people through employment generation, poverty alleviation and food security.

“We have renovated our health facilities and built new ones, trained and employed more medical personnel across all cadres in the health sector”, he said.

The governor according to the statement praised the RCCG for being a worthy partner particularly in the last two years of his administration, saying “it shows the private sector is also into the partnership programme especially in the health sector.”

The State Commissioner for Health, Dr. Tomi Coker according to the statement appreciated RCCG for the unflinching support to the State Government, saying the gesture shows the good relationship between the government and religious-based organisations.

Also speaking, the Intercontinental Overseer, Christian Social Responsibility, Pastor Idowu Iluyomade, said the dialysis centre has three dialysis machines, one medical water reserve osmosis purification system and a 30kva generator, noting that the new kidney centre was the second to be commissioned in the State.

In his response, the Akarigbo of Remoland, HRM Oba Babatunde Ajayi, called on other spirited individuals and corporate organisations to support the present administration in its ‘Building our Future Together’ agenda, saying the centre would assist in reducing the number of people with chronic kidney disease.