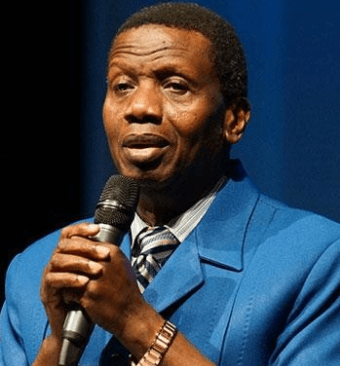 General Overseer of the Redeemed Christian Church of God, Pastor Enoch Adeboye on Thursday at the ongoing 69th convention of the church spoke on the greatest enemy of man.

Adeboye who preached to a live crowd said man has many enemies right from birth.

He said, “Life is war from the time of birth to the time of death. The moment you arrive on earth, you begin to cry. As small as you are, you realize the battle has started. If you were born and you did not cry, the midwife will begin to slap your back. They want you to cry. The first thing they do is to cut off your source of supply, the umbilical cord..that is telling you to welcome to war. While on earth you have to fight all manners of enemies.” He said.

Quoting the words of Jesus, Adeboye said, “a man’s foes are those of his own household. If God shows you how many relatives wanted you to die in infancy, it will surprise you. Thank God you survived. When we talk about household enemies, it could be your dad, mum.”

He however said despite all these enemies, “man is his own number one enemy,” adding that one of the enemies we all have as humans is pride.”

Adeboye said, “God resists the proud. If you are proud, you are fighting against God. How can you ever win when your opponent is God. The biggest problem about pride is that the proud does not know he is proud. They call it beautiful names like self-respect, self-confidence. I am just honouring my position. When David was dancing as a commoner, he was king. His wife looked at him and wondered why he was dancing like a commoner.”

The RCCG overseer said despite being named one of the 50 most influential people in the world by Time Magazine, he still answers sir to his driver.

“After Lekki 98, the Lord asked me to draw the figure of a man in the sand. I drew the figure quickly. He said to me, stand up. He then asked me to wipe out what  I drew with my leg. I did. He then said to me, if you ever forget the one in charge, I will wipe you out. Nobody would ever remember you came into the world.”

Adeboye pleaded with his hearers to eschew pride adding also that they must run away from sexual immorality and anger. He also urged them not to allow food dictate their values in life.