Trending Now
A “widow’s” lamentation and lessons for RCCG, others...
God’s word: A case for non-English speakers in...
Adeboye: Some women consider it privilege to sleep...
Despite challenges, God has been good to Nigerians...
Writers save lives, solve problems says Omotosho @...
Prince Harry’s book that hit 1.2m sales in...
Ex-Apola king, Idowu Animasawun celebrates 85th birthday with missions...
Nigeria can’t make progress if the Church is...
Peter Obi: I have not promised I will...
2023 elections and the imperative of divine timing
Home Missions My experience doing missions in Uganda- Odunaiya, TACN pastor 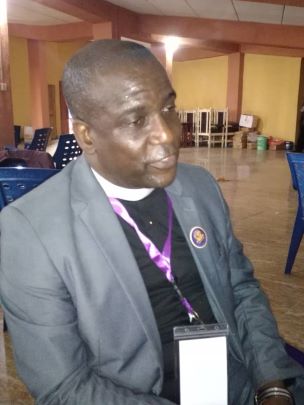 His gentle disposition does not give him away as a warrior. But he is a warrior sort of; only that he fights more on the mission field.

For Pastor Wilberforce Olukunle Odunaiya, working on strange land seems to be a passion. Though from Ijebu, Ogun State, he has been representing The Apostolic Church of Nigeria in queer places.

He put in about six years as a missionary in Katsina before he moved to Uganda; where God is currently doing great things through him.

He sees going to Uganda after his stay in Katsina as God’s doing. “Before I volunteered to go to Uganda, God already prepared my mind for the place. In 2016 precisely, God showed me a vision that I will be on missions outside the country. So  when the prophecy came at the  ministers’ conference of TACN LAWNA that year; that God needed people for missions, I was the first person to volunteer.”

By then he was already a District pastor in Katsina. The Uganda opening was, however, according to him, another great opportunity to demonstrate the love of God to the world. Since he moved to that East African Country, God has been glorifying himself.

The challenges notwithstanding, Pastor Odunaiya has recorded incredible results. He got to Uganda in December of 2018 and he was first confronted with extremely cold weather, He also had to face the language barrier.

He found out that apart from English being their lingua franca, they also speak Swahili and several other local languages. So, that was one big hurdle for him. But he soon found a way around the challenge as some indigenous converts now help with interpretation.

The most depressing of the challenges for him however is that those in the big cities of Uganda are not open to the gospel. “Those who live in the cities are used to this epicurean lifestyle. Their conservative way of life has been eroded. Civilisation has taken a toll on them. They also don’t believe in raising their children by themselves. Rather, they commit them to teachers. There is high moral decadence in the cities. There is also a high percentage of nominal Christians there,” he said.

The people according to him are also proud of their traditional heritage.  “They are faithful to African values that are contrary to scriptures. We have so many people who claim to be Christians but still go back to their idols. Some would publicly own up to be witches and still be members of the church. In Uganda, the Catholics don’t believe they serve the same God as those who claim to be born again. Catholics are grouped separately. There is the Catholic Church and the born again churches to which I belong to. I belong to the Born Again Christian Association there Just like we have the Christian Association of Nigeria. It is now we are trying to bring all together.”

Uganda is made up of so many tribes like Nigeria. When you don’t understand their local languages, Odunaya says, “they build a fence”. Language is a major barrier.

Odunaya: There is a massive harvest of souls 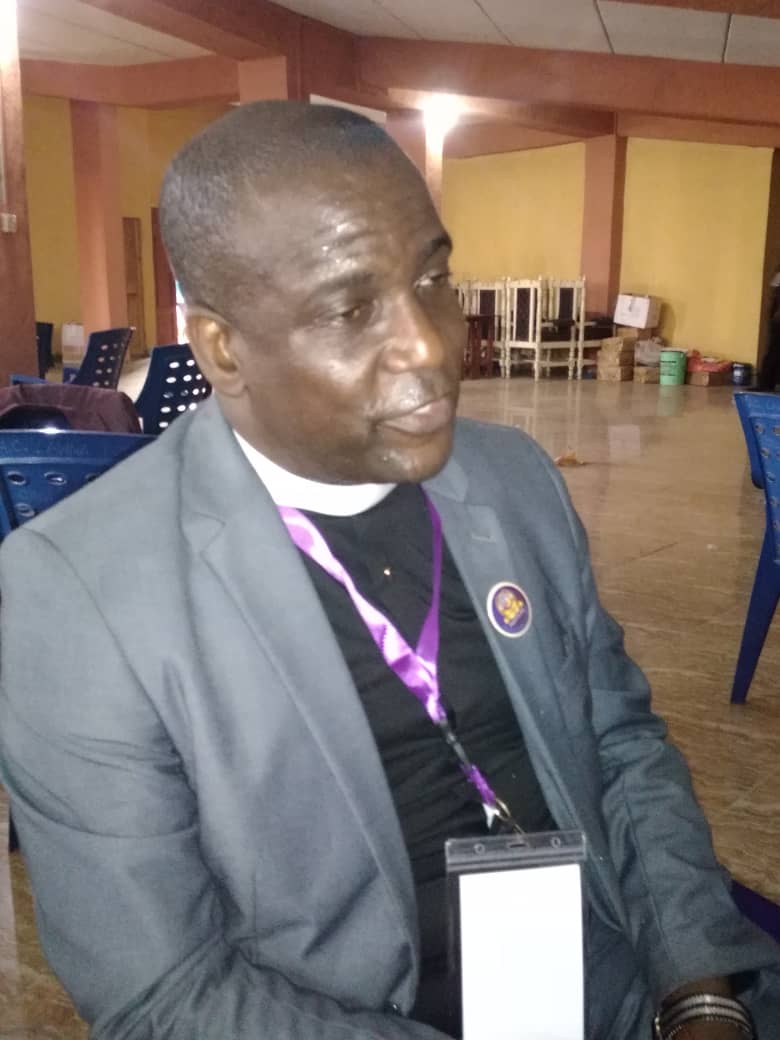 But Odunaiya is getting results. The church now has indigenous ministers. Some of the crusades have enjoyed massive attendance. The impact has been so much that many church founders in Uganda have submitted their churches to TACN. “We have 16 of such churches that have been submitted to us.” Odunaya disclosed.

One thing he finds strange about the Ugandans is that they believe when you come with the gospel, you must bring welfare. Amazingly, this attitude is common among those in the cities who should know better.

“When you talk about Church; the first thing they think of is charity. If you are not giving them anything, they are not likely to listen to you. But many of the people in the rural areas are open to the gospel irrespective of any pecuniary gain,” he noted

The gospel is however being preached and souls are coming to Jesus “I can say that God is helping us to reach the heart of many. Souls are being won in their hundreds and lives are being transformed. Some of the churches there have experienced revival through the conferences we hold for pastors and church workers. One of the greatest testimonies for us in Uganda is how God is impacting church leaders and workers of various denominations through our conferences.

“I discovered that many of the pastors from other churches attend our conferences and they get blessed and just decide to stay with us. Apart from pastors who handed over churches to the mission some handed over schools/orphanages too. It’s simply mind-blowing for us to experience such.” he said

Now, TACN according to Odunaiya has 18 branches in Uganda. The literature the church distributes during their conferences has made a lot of impact in the country. He said after each ministers’ conference he receives calls from distant places in Uganda from people who want to identify with the church.

He also noted that “There are places in Uganda that are not motorable. You have to climb mountains for hours to reach the people. But the joy of it all is that they are receptive to the gospel. There is a kind of joy that one experiences when the gospel is being shared with the villagers.”

While noting that there is a need for a lot of resources to carry out evangelical work in the  Ugandan communities, Odunaiya said, God has been faithful. “I must confess that God has not left us without testimony. For instance, a man came to one of our programmes and he was mightily blessed.

“He insisted that we should come and start a church in his village. The man went ahead to make available one acre of land for the church free of charge. He said he liked the way we prayed and shared the word of God. The irony of it is that land is very expensive to get in Uganda.”

For Odunaiya, who spoke with Church Times during the recent 45th annual convention of the LAWNA Territory of TACN, there is a lot of souls waiting to be harvested in Uganda. “The people like I said are eager for the word of God. Many of them especially those in the villages have no inhibition to the gospel. They only need genuine ministers who have passion for souls.”

“As homosexual, I was using about four pampers daily, how God delivered me”

From my prayer room: Jesus’ message to the Church By John Abiola

From Military to missions: The story of Ebeniro,...

It is well in Jesus name