Trending Now
Adeboye: Some women consider it privilege to sleep...
Despite challenges, God has been good to Nigerians...
Writers save lives, solve problems says Omotosho @...
Prince Harry’s book that hit 1.2m sales in...
Ex-Apola king, Idowu Animasawun celebrates 85th birthday with missions...
Nigeria can’t make progress if the Church is...
Peter Obi: I have not promised I will...
2023 elections and the imperative of divine timing
RCCG announces Prof. Aboaba’s passage says “He is...
The Paternoster Code: Debunking the age-long misconceptions about...
Home Features Ex-Anglican female priest gives 10 reasons female priest is not biblical 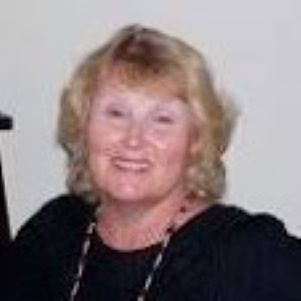 As a woman who served as a priest in the Episcopal Church for 16 years, I have some experience of the nature of the priesthood. In 1982, with the encouragement of my parish clergy, friends and family, it seemed the right course for my life. Over the years, I began to question the rationale for women priests. I remember feeling that I was standing in another’s shoes, not appropriately mine. I wanted to explain this to my bishop, but he clearly did not want to hear it.

Galatians 3:28 has been used to justify the innovation of women priests: “There is neither Jew nor Gentile, neither slave nor free, nor is there male and female, for you are all one in Christ Jesus.”

In the fourth century, St. Epiphanius remarked that the heretical Cataphyrgians (Montanists) employed Galatians 3:28 to elevate women as “bishops and priests and they say nothing makes a difference ‘For in Christ Jesus there is neither male nor female.”’

Reading Galatians 3:28 in context, it is apparent that Paul is speaking of the unity of the body of Christ. He is not promoting gender equality as it is framed today. As the Supper was intended to unite the participants to the Head, Jesus Christ, the idea of a woman presiding at the Feast would have been unthinkable.

My doubts made the priestly ministry increasingly burdensome and problematic. As a heterosexual, Bible-believing, Anglican Traditionalist, I found no affirmation in the Episcopal Church as it moved toward a radical revision of the Gospel, setting aside the Apostolic Tradition for its social justice agenda.

Eventually, I renounced orders in the Episcopal Church and left that body. This initiated a decade of reflection on the role of women in the Church and the historic priesthood. During that time, I was in conversation with three former women priests who were seeking clarity also. One entered the Roman Catholic Church and the others entered the Orthodox Church of America. I explored both traditions, but I am thoroughly Anglican and have been for forty-three years.

I have written on the question of women priests, exploring it through Biblical studies, Church history, and cultural anthropology. As with many Anglicans, I believe that the Episcopal Church erred in 1976 when it departed from the all-male priesthood. On a single day the General Convention of the Episcopal Church overthrew catholic orders, rejected the teaching of the Fathers, and denied the authority of Holy Scripture.

Historically, the priesthood of the Church was restricted to a few chosen men, tested and carefully formed for the priestly office. In his treatise “On the Priesthood,” St. John Chrysostom wrote, “When one is required to preside over the Church and be entrusted with the care of so many souls, the whole female sex must retire before the magnitude of the task, and the majority of men also.”

Not a single woman served in the office of priest until 1944, at which time Florence Li Tim-Oi was ordained by Ronald Hall, Bishop of Victoria, Hong Kong, in response to the crisis among Anglicans in Communist China. She later stepped down from serving as a priest.

The first woman “canonically” ordained to the priesthood in the United States was a lesbian who served as Integrity’s first co-president. Other lesbians had been among the Philadelphia Eleven. In the United States, the ordination of women and homosexuals was so intertwined from the beginning that it is difficult to treat these as separate questions. Both have been framed as “equal rights” issues, revealing a profound misunderstanding of the priesthood. The priesthood is not a right, and it is not a reward to be bestowed upon those who will advance a body’s agenda.

In this paper I address ten reasonable objections to women in the priesthood:

1. The Church is not a democratic body.
2. Women’s ordination is linked to homosexual activism.
3. Women’s ordination is rooted in Feminist thought.
4. Women priests perpetuate confusion about gender.
5. Women priests represent a rejection of the authority Scripture and Tradition
6. Women priests cause confusion about the Eucharist.
7. Women priests represent a denial of the Fathers’ teaching.
8. Ordination of women to the priesthood undermines women’s ministries.
9. The feminization of the clergy discourages men’s participation in the church.
10. A female at the altar blurs the biblical distinction between life and death.

This article was culled from Just Genesishttps://jandyongenesis.blogspot.com/2019/11/ten-objections-to-women-priests.html?m=1&fbclid=IwAR379Id_VKX_XWmhiZY3ZuLlFa-m0jG244-Z8NB_8r_Af6ASt86G4KkgOfw

The same LORD,made believers in CHRIST JESUS kings and priests in the LORD.REV 5 v 10,