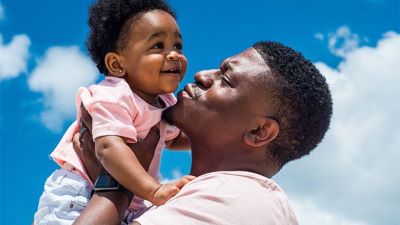 Requiems for dads, a father’s lamentation and a thought for widows

Last Sunday’s celebration of Father’s Day, to every man, was a reminder of the stark reality of emptiness and vanity of life. In appreciating and celebrating responsible fathers, many people, men, in particular, took to their social media platforms to write or share posts that depicted the mood of men in sober reflection on their lives, their labour and why they die rather “early” comparatively.

They live and toil for the survival of their families, provide for the needs of their dependants and be there for their loved ones, friends and society, but not many care about them. More often than not, they labour for others to enjoy by bequeathing valuable and sustainable inheritance to their survivors when they transit into eternity.

As evil as greed is, men indulge in it more for their people than for themselves. They undertake all manner of risks to ensure comfort for their families. A man’s life is cared for only when he’s sick and helplessly becoming invalid.

A 71-year-old man narrated how he lost faith in his wife of 42 years. Sharing his experience at a hangout with a group of six elderly men last Sunday, the visibly agile, well-dressed man said “It was then that I appreciated the submission of King Solomon who said women are more ‘bitter than death.’ That experience will follow me to the grave.”

A happy, jolly and jovial character, the man revealed that he had a serious prostate issue that threatened his health greatly at the time. Meanwhile, three of his friends and associates had died as a result of complications from prostate ailments.

“My condition was becoming malignant and I was almost resigning to fate, awaiting the ultimate end when I saw online chats my wife had with our daughter in her phone. After reading the chats, I broke down for almost a week, thinking. It made me realise that life itself is a facade.

“The chats stirred a fighting spirit within me. I resolved to fight on, not giving up until my last breath. I started spending heavily on my health and intensified prayers for God’s healing. My major prayer point was that if indeed God is a Healer, if indeed God answers prayers and if indeed God cancelled the death sentence over King Hezekiah, He should mercifully do the same for me.

I was consistent in my prayers throughout. I couldn’t fast because of medications but I resolved to live. God did answer my prayers, He healed me divinely and medically.  Consequently, He extended my life to date. It is about five years now and I’m still alive, kicking.

“Humanly speaking, the chats about my “imminent transition” as they put it was actually a possibility in view of my condition at the time. That’s why I didn’t hold anything against them but it stirred an urge for fervent prayers and absolute trust in God for the near impossible to happen in my life. Today, I’m a better believer and a prayer champion.

“Howbeit, they (wife and daughter) were elated that I made it. We did a low-key thanksgiving and hosted some close friends but as I speak, I didn’t tell them how the miracle started and perfected. It is only God that can do it and he did it.

“Since that day, I have been spending more money on myself. I feed well, wear quality materials and accessories, buy the best of anything I desire and reach out to whoever I can help. I increased my workers’ salaries, refused to increase my rent for five years running. I support mission work and offer scholarships to some children of indigent parents.

“I stopped building more houses. I modified my Will and my lifestyle. I now attend events, socialise and watch football matches wherever I am. I turned a new lease of life because the annual Father’s Day is a scam. It should make men rather think deeply and reflect on their journey home.

“Have you wondered why we have widows all over the place and scanty widowers? Some years ago, an officiating priest during his sermon at a funeral service asked widows to stand up, almost one-third of the women at the service stood up. They were well dressed and looking charming. But when he asked widowers to stand up, only three men stood up.

The men were in their 70s while the widows were still bubbling, looking exquisite and active. They should be within the age bracket of 45 to 60/65 years. Most of them were in their 50s I guess. Such is an undeserved portion of hardworking and responsible men who died labouring for others to reap.

“Men wear out fast. We get weaker because of labour, responsibilities and emotional burden. Unfortunately, though, women are waiting in the wings to mourn for a while, adjust to the new reality and begin to enjoy the fruits of their late husbands’ labour.”

To every caring, loving and sacrificing father, please take good care of yourself. Enjoy and merry from your legitimate income. Don’t joke with your health. May God reward men with sound health, longevity and peace. Men are sacrificial lambs for their families. Women naturally believe it is their portion to survive their husbands in order to “continue from where their men stopped.”

Widows: A thought for them

During the week, precisely Wednesday, the annual International Widows’ Day was marked globally. The event holds June 23 every year. The day offered an opportunity to have a thought for widows both young and old. Besides money and property inherited by the fortunate ones or abject poverty many widows experience, missing their husbands is a great loss.

It is possible that many of the homes were acrimonious when the men were alive but their absence makes a whole lot of negative difference. Let’s not talk about those who were rightly or wrongly suspected in the death of their husbands, God is the ultimate Judge in every human case. Still, reach out to them if you can. Support them if you have the means. Refrain from hurting widows.

If you date a widow, deal with her with understanding, patience and compassion. Never cause a widow to shed tears due to your action or inaction. Don’t neglect them, James 1: 27 says visiting widows and orphans in their situations is an acceptable service to God. Do not condemn widows for doing anything out of sheer helplessness.

The Word says God is the husband, defender and the Judge of widows, not any man. However, widows, too, should give room for love in their lives. Fill the void with friendship and companionship as loneliness kills slowly. Who knows? The relationship may actually be the beginning of a new life. May God comfort the widows. Amen.

Re: Polygamy, My Only Option

My father was a fantastic polygamist. None of his wives can separate us (the children). We were so knitted in love and unity. Three wives were involved. No wife ever yelled at or insult the other throughout my father’s lifetime. Whoever cooked first served all the children. My father was a superb manager of women and children, fully in charge. As the first child, he groomed me to coordinate all the children as one. I have trained four graduates from different mothers without qualms. There’s no big deal about polygamy,  it depends on the capacity and capability of the husband to manage his home. To me, polygamy has its advantages as monogamy has its own disadvantages. – Bode Ojajuni, Lagos.

“Unfortunately though, women are waiting in the wings to mourn for a while, adjust to the new reality and begin to enjoy the fruits of their late husbands’ labour.”

A REMINDER : Please do not expect mansions in heaven by Olatokunbo Odunuga