Trending Now
A “widow’s” lamentation and lessons for RCCG, others...
God’s word: A case for non-English speakers in...
Adeboye: Some women consider it privilege to sleep...
Despite challenges, God has been good to Nigerians...
Writers save lives, solve problems says Omotosho @...
Prince Harry’s book that hit 1.2m sales in...
Ex-Apola king, Idowu Animasawun celebrates 85th birthday with missions...
Nigeria can’t make progress if the Church is...
Peter Obi: I have not promised I will...
2023 elections and the imperative of divine timing
Home News LASU new VC, Prof Ibiyemi Bello pastor in RCCG
News 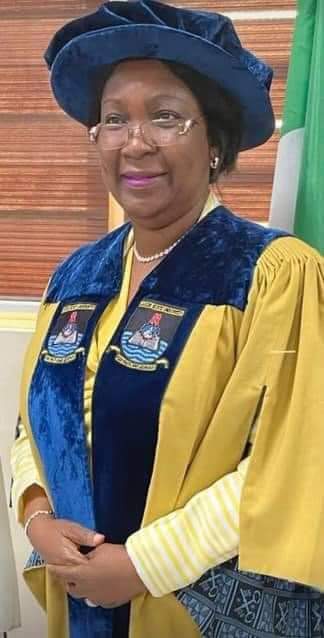 As part of her Curriculum Vitae it can now be confirmed that the newly appointed Vice Chancellor of the Lagos State University is a lover of God who took the pain to earn a post graduate diploma in theology at the Redeemed Christian Bible College apart from the nuemorus secular certificates she acquired.

She is also the Area Pastor in charge of the Testimony Chapel, an area under Lagos Province 1 of the Redeemed Christian Church of God (RCCG).

Lagos commissioner for Information, Mr. Gbenga Omotoso made this known on his Facebook wall.

Find below facts about her as stated by Mr. Omotoso

4. In 1998, she was awarded a PhD in Physiology at the University of Lagos.

8. In October 2007, she assumed duty as the first Professor of Physiology in Lagos State University College of Medicine (LASUCOM).

13. She is the pioneering Director of LASU Directorate of Advancement established by former Vice Chancellor, Prof Lanre Fagbohun, in 2016

14. She has graduated 4 PhDs and 37 MSc candidates, while still supervising more PhD students. A brilliant academic, she has over 53 publications to her credit.

15. She is happily married to Mr. Tunji Bello, a journalist and lawyer. They are blessed with 3 children.

16. She is the Area Pastor in charge of the Testimony Chapel, an area under Lagos Province 1 of the Redeemed Christian Church of God (RCCG).

Gospel music is lucrative-Ademola Oni, says, “No basis for comparison with secular music”