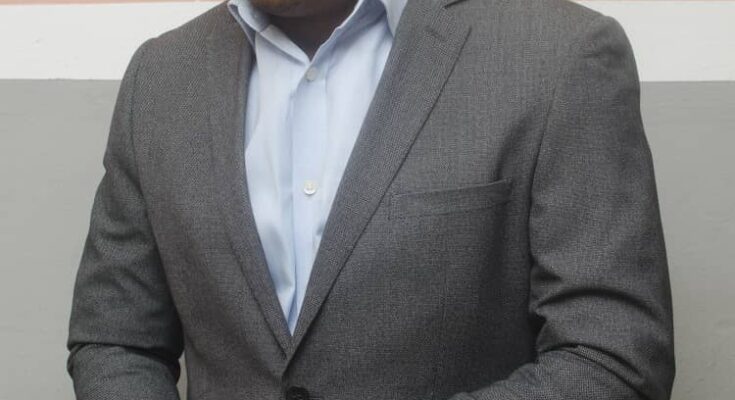 Lagos-born gospel artist, Ademola Oni has said gospel music is lucrative when God is involved urging his colleagues not to compare themselves with secular artists.

He also counselled gospel artists not to go into singing because they want to make money.

He made the observation during a chat with our correspondent recently at his Lagos office.

He said, “Gospel music is a lucrative business when God calls you. But you don’t need to go there with the mind of making quick money. You just have to involve Him in your dealings and do His will you can then believe Him to meet your needs.”

While noting that there are many gospel artists who don’t do any other business other than singing, he said, “If God is by your side it is a thing you can do to make a living. If God establishes you people will call you from many churches to showcase your talent. You cannot do business with God and regret.”

The gospel singer fondly called ‘Demo Gee’, started his music career as a Hip Hop singer but changed to gospel music when he had an encounter with the Lord in 2011 noting that the experience has really transformed his life.

Narrating what informed his foray into gospel music, he said, “I sang with a group called “Tribalmark” between the late 90s and early 2000s before I started something on my own in the secular world. Now that I have an encounter with Jesus I stopped secular music and use my gift for the glory of God.

“The experience has really transformed my life. When I gave my life to Christ in 2011 at Redeemed Christian Church of God, RCCG, I joined the workers in the church. Having decided to use my talent for His evangelism, I moved from being an usher to the choir.

So, I was assisting to coordinate the choir before I started doing things on my own. Meanwhile, I had my first gospel track about eight years ago titled “Bless me”. After then I have produced ‘Ope Lo Ye o’ with Monique, that was about five years ago.

He identified, ‘Iyanu’ as his hit album saying, the album went viral last year. “It came on air, it was played both on TV and Radio and you can also find it on YouTube. It is only ‘Iyanu’ I have done the video.” He disclosed.

Oni who sings and dances very well is beginning to make wave with his hit album, ‘Iyanu’ which was produced about three years ago and was supposed to be launched last year, but was stalled by coronavirus pandemic lockdown, but he has said, “it would be launched before the end of this year”.

While explaining the difference between secular and gospel music, he said, “There is more to gospel music than the secular music in the sense that you have to allow Holy Spirit to take control when you sing gospel songs.

“You don’t go under the influence of alcohol. For instance, when I was doing secular music, we drank, smoke,d and did other immoral things because we believed until we do those things we won’t have inspiration and won’t be able to face the crowd.

“But it is different with the gospel music. If the Holy Spirit is already in you it is the Holy Spirit that will inspire you and make you face multitude without fear or shame. You ought to know that you are going there because you are filled with Holy Spirit.

“It is the Holy Spirit that will direct your way and make way for you. I am glad that Holy Spirit has changed my style of music and ministers to me each time I want to compose my songs.”

Oni who is also into the real estate business, said further that his songs have impacted lives, “I am happy that my songs have impacted many lives. A lot of people have told me how my song impacted their lives. There was a time somebody saw me and he was shouting ‘Iyanu’ repeatedly.

“She said she listens to the song every day and it has awaken her spirit. Another one said each time she listens to the song Holy Spirit will minister to her that God can do wonders according to the title of the song because ‘Iyanu’ means wonder. It is my joy to hear such testimonies. I have ministered in many churches and I have seen people testifying that my song really inspired them. That alone I consider my achievement.”

The experience according to him h has been overwhelming adding however that the paucity of funds has limited his activities. “Money has been a huge problem but I am not discouraged. It is a kingdom service we are rendering. So, do your thing and believe God for provision.”

Commenting on the gospel music industry in Nigeria, Oni who is the son of a pastor said, “Gospel music is doing well now in Nigeria. The yearly show titled, ‘experience’; attracts many gospel singers across the country. That is an indication that we are thriving in the industry. People are now taking gospel music seriously because they believe in it as an industry on its own, though it is not like secular music, things are evolving. The music is generally accepted in Nigeria now. That is why you notice they still play gospel music at parties.”

He advised gospel music ministers not to relent. “Let us take God first and involve Him in everything we do. Don’t let us compare ourselves with secular musicians because they are making more money. Money should not be our priority because everyone has his calling. When God calls you and you follow him you can never lack. Let us keep on praying for better things.”

An indigene of Ilesha, Osun State, had both his primary and secondary education in Lagos before he proceeded to The Polytechnics, Ibadan, Oyo State, where he obtained HND in Marketing. He is married and blessed with godly children. 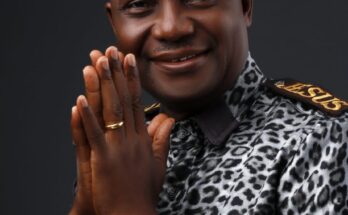 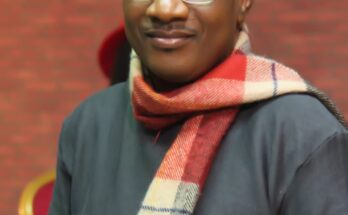