Trending Now
A “widow’s” lamentation and lessons for RCCG, others...
God’s word: A case for non-English speakers in...
Adeboye: Some women consider it privilege to sleep...
Despite challenges, God has been good to Nigerians...
Writers save lives, solve problems says Omotosho @...
Prince Harry’s book that hit 1.2m sales in...
Ex-Apola king, Idowu Animasawun celebrates 85th birthday with missions...
Nigeria can’t make progress if the Church is...
Peter Obi: I have not promised I will...
2023 elections and the imperative of divine timing
Home Features The fashion designer’s miracle cloth and the believers’ enterprise
Features

The fashion designer’s miracle cloth and the believers’ enterprise

Tobi sat down bothered about the lump under her armpit. It had been there for the past six months. Her wedding was just in three weeks’ away. 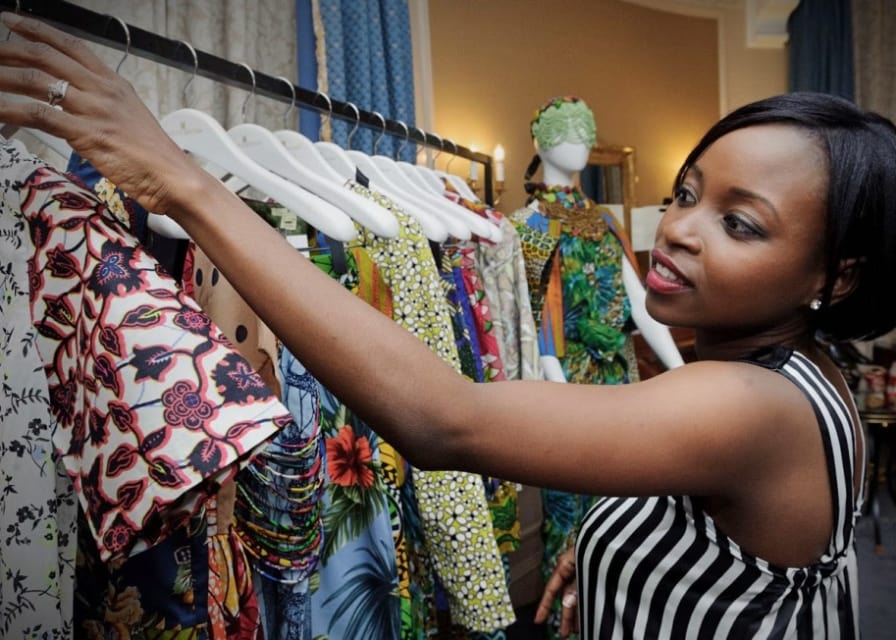 The cloth that procured a miracle

And a miracle happened when she wore her wedding cloth

“Why do I have to deal with this” she questioned herself

The knock on the door called her attention.

” I guess that should be my tailor” she soliloquizes

She quickly wiped off her tears, stood up, and walked to the door side.

” It is Kemi” The person answered

“I thought as much,” she said as she turned the doorknob and opened the door.

Her tailor, Kemi brought her reception dress and traditional attire.

“I hope you’d like it” Kemi said as she brought out the clothes from the fancy polythene bag she was holding.

Tobi collected it and checked it out.

“Wow! It’s nice but let me try it out to see how it will look on me” Tobi said

“Excuse me for some minutes,” Tobi said as she took the clothes and went to her bedroom to try them out.

She pulled off her clothes. The sight of the lump brought back tears on her face. She put on the cloth not to delay her tailor, while she went back to the sitting room.

“Wow! The reception dress really looks good on me, you tried Kemi, thank you for putting your best” Tobi said

” You are welcome, it is always a privilege” Kemi replied

” Let me put this off and try the traditional attire,” Tobi said

Tobi went back to the room, pulled off her cloth. Lo and behold, she could not find the lump again.

She moved closer to the mirror and accessed, to be sure her eyes were not deceiving her. She still couldn’t find the lump.

” But it was there before putting on this cloth” she soliloquizes

She rushed out of the bedroom screaming

“Kemi! My lump is gone. I am healed” she said as tears flowed down her face

“Before I wore the cloth you brought, the lump was still in my armpit, but pulling it off, I can’t find it again. This is a miracle” Tobi said joyfully

“Yes! He is a miraculous God, and I am glad he never fails. You know Tobi, whenever my customers bring clothes for me to sew, I take my time praying over them for healing, deliverance, breakthrough, salvation. Sometimes God would bring the spiritual profile of my customers and reveal to me the challenges they are facing.

“Praying on my customer’s clothes has always been working for me. Testimonies have always been coming. They got healed, delivered, saved, filled with the Holy Ghost and every other case had been settled by God. This tailoring is not just a skill for me, it is more of a ministry ” Kemi said

Tobi broke down in tears.

“Thank you so much Kemi,” Tobi said

“You should give the glory to God” Kemi replied

What is that tool God has given you to advance His kingdom?
You don’t have to hold the microphone before you reach out to people.
One of my best bible male characters is Stephen. Chai! That man carried something. He was just in the welfare unit serving food, yet he did wonders and miracles (acts 6:1-8).

You can imagine God revealing to Stephen a particular person that needs healing. What do you think Stephen would have done? Stephen would just blast in tongues on the food, served the person. The person would eat and get healed. That was how it would have been then.

God would just bring the people’s spiritual profile and Stephen would begin to intercede.

Sincerely, you cannot be ordinary. There is more.
Everyone has a task that has been given.
You did not just get filled with the Holy Ghost to be stagnant. You have been commissioned for a specific task.
Stephen was a problem solver and a solution provider.

When he stepped in and handled the task, the word of God prospered and people submitted themselves to faith.

Stephen set a table of meals that brought wonders and miracles.
In fact, they could not resist the wisdom and the spirit which he spake.

Romans12:11– Not slothful in business, fervent in spirit, serving the Lord.

That you are making hair for someone and headache disappeared.

Let what you carry overflow.
Take up responsibility.
You remember Dorcas, the spirit-filled fashion designer (acts 9:36-40).
Be relevant.