Trending Now
Adeboye: Some women consider it privilege to sleep...
Despite challenges, God has been good to Nigerians...
Writers save lives, solve problems says Omotosho @...
Prince Harry’s book that hit 1.2m sales in...
Ex-Apola king, Idowu Animasawun celebrates 85th birthday with missions...
Nigeria can’t make progress if the Church is...
Peter Obi: I have not promised I will...
2023 elections and the imperative of divine timing
RCCG announces Prof. Aboaba’s passage says “He is...
The Paternoster Code: Debunking the age-long misconceptions about...
Home News Bishop Bola Odeleke: My position on tithe; experience with fake prophet 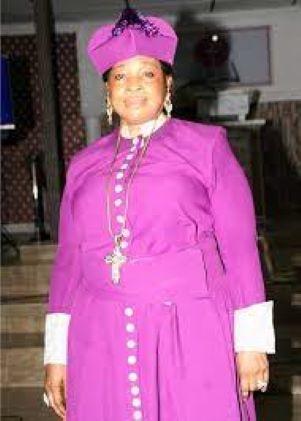 Founder of Christ Message Ministry, Agbala Olorun kiibaati; Bishop Bola Odeleke, has recounted her experience with a prophet she once invited to speak in her church about 10 years ago. She also gave her own perspective on tithe and offering.

Odeleke made the revelations during a recent interview with AsabeAfrika an online television platform.

Talking about tithe, she said, pastors have no business with tithes and offerings of the church.

She stated however that tithe is meant for the entire church and not for just the pastor of the church.

Odeleke, a septuagenarian disclosed she had not been collecting salary from her ministry since she started in 1974. “I monitor what money comes into the church and what they do with it so that they spend right not because of me. Our calling is different from one another. God is taking care of me miraculously” she said.

The bishop, reputed to be the first woman Pentecostal bishop in Africa also shared how she was deceived by a pastor she once invited to preach in her church about 10 years ago.

“When people come they would ask for their names and get information from them. Unfortunately for him, my youths were smart. They took note of those who came and were asking questions and gave them wrong information.

“But I did not know what was going on. When this pastor gets to the pulpit to preach, he would be mentioning names and mentioning their problems. I thought he was genuine. Unfortunately, nobody came up. About five of the youths gave fake information to him. Those were the people he was mentioning during the programme.

“When we finished the programme the second day, the youths wanted to beat him. That was when I got to know what was happening. I was told all the things he did in his presence and he confirmed it. I rebuked him and told him we could not go on with the crusade again.  I prayed for him and let him go.”

While confirming that some pastors fake miracles, she said, “I don’t know why some pastors fake miracles. That day that I realised that the pastor had deceived me with a fake prophecy on my pulpit, I could not sleep. But then, I know the Holy Spirit can tell you the name of people genuinely. There is genuine miracle. But for you to now make it a business, that is not part of us.”

Odeleke who has a CAC background said she left the denomination in 1993 because the church would not allow a woman pastor.

Despite being used by God to perform a lot of miracles she said a pastor does not have to perform miracles. “The pastor can speak to people from the Bible. Not everybody is called to do miracles. Some have the gift of teaching. Such people should just concentrate on their ministry, preach and win souls rather than telling lies to gather a crowd.”

She recalled how she once prayed for sick people, “They once gathered lame and blind and I prayed nothing happened and I did not have to kill myself. I still had to thank God. Arrange miracle? One day the trick will not work.

“People who give false prophesy will meet their maker one day. If it is miracle, it is prayer that will do the work and the word of God that will do it. I want to make heaven after all these things.  Anything that will not make me make heaven, I would rather keep away from it.

“God can change people’s lives within seconds. God loves people. He will answer if we call upon him. He wants you to have things that unbelievers have so you don’t steal. If you are patient with him you will have the good things. Manipulation can’t do it. You go by direction. If you go out of his way, you will see fire.”

The fashion designer’s miracle cloth and the believers’ enterprise