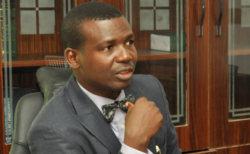 A member of the Endsars Panel Mr. Ebun Adegboruwa  has explained the brief of the panel in a reaction to a post on facebook by Mr. Richard Akinnola a human rights activist.

Find below his reponse

Sir, I read your write up and would just respond to your conclusion that the report of the Panel is not tidy.

I’m not responding based on the report of the Panel but to you as a stakeholder in civil society. I don’t know which report you read sir so I’m not responding to any report sir, but to state the modus of the assignment.

The work of the Panel was divided principally into two; general SARS abuses and Lekki Toll Gate Investigation.

We got about 235 petitions as at December 22, 2020 when we stopped receiving petitions. No single petition was received from the police.

Given the cooperation that we enjoyed from the police and the fact that we got evidence that government had paid compensation to some policemen, we met and decided to waive our Rules in order to accommodate petitions from the police.

This was about two weeks to the expiration of our tenure. The police submitted about 60 petitions and since we knew we couldn’t hear them all within the time left and still continue with the Lekki

Investigation, we prioritized the petitions and took the ones involving death, injuries or loss of property.

We actually awarded damages to all the police petitions that we found meritorious but since no single case of death of any police officer was reported to have occurred at the Lekki Toll Gate on October 20, we grouped police cases along with the general cases of brutality.

So, it is not correct that we did not consider the police sir. You most probably are reacting based on the paid analysts of the government that are trying to distract from the main issues.

Secondly, we considered the entire 99 cases mentioned by Professor Obafunwa sir but like I have said, we are all waiting for the white paper sir, to make appropriate response.

We are not babies sir. You have one of the best panels in the history of Nigeria, given the caliber of the members and the sincerity of the Governor of Lagos State who granted total independence to the Panel.

Now please these are the issues:

So if you go through our proceedings, findings and recommendations, you can easily answer these questions sir, without the cacophony of confusion that some are spreading.

Please do a personal probe of members of the Panel, especially the Chairperson, the Honourable Justice Doris Okuwobi and those other eminent persons.

Like I said sir, we are not babies but we have kept our peace to await the white paper as promised by the Governor, who I believe was very sincere in seeking to unravel the truth of what truly happened.

I will not bother about alleged discrepancies being bandied by paid agents for now sir until we see the white paper. We have spoken the truth as we saw it sir.

We can defend our assignment when the time comes. Please wait for the FINAL! Nothing can cover the truth sir. As you know me sir, I don’t do politics at all but will always say the truth to power, in the way that you and others alike mentored us. It’s too late in my life to shy away from truth sir, no matter whose ox is gored.
God bless you sir.