Trending Now
Adeboye: Some women consider it privilege to sleep...
Despite challenges, God has been good to Nigerians...
Writers save lives, solve problems says Omotosho @...
Prince Harry’s book that hit 1.2m sales in...
Ex-Apola king, Idowu Animasawun celebrates 85th birthday with missions...
Nigeria can’t make progress if the Church is...
Peter Obi: I have not promised I will...
2023 elections and the imperative of divine timing
RCCG announces Prof. Aboaba’s passage says “He is...
The Paternoster Code: Debunking the age-long misconceptions about...
Home News CAC apprehends man over alleged impersonation, hands him to police 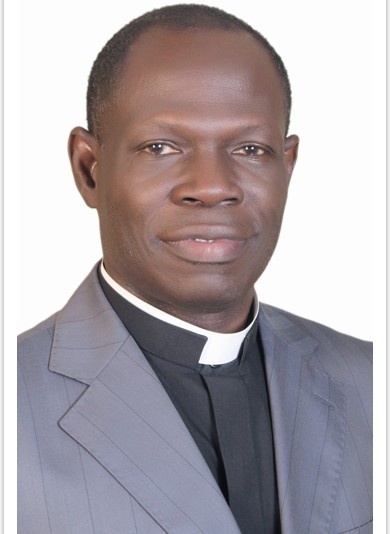 The authorities of Christ Apostolic Church have  handed over one Moses B. Ayantoye to the police for alleged impersonation

The man was handed over to the police at Zone 11 Police office at Oshogbo, Osun State

A recent statement by the church’s director of publicity, Pastor Ademisoye Alawode informed that the man has since been interrogated. He may also face the law.

Ayantoye was said to have posed as the church’s national publicity secretary. But the church said it never gave him such appointment.

He was said to have claimed the appointment when he wrote a rejoinder to the church’s trustees’ recent warning to the public to beware of impostors.

The CAC solicitors: Messers Michael Lana and Co. according to Alawode’s statement wrote a petition and alleged that Ayantoye published a jingle inviting members of the Church to a meeting in Christ Apostolic Church, Oke Ife, Agbowo, Ibadan. In the jingle, he equally posed to be the National Publicity Secretary of Christ Apostolic Church worldwide.

The Church averred that the only ruling authority in the affairs of Christ Apostolic Church is the General Executive Council.  The body according to the statement has the certificate of incorporation, Number 147 issued by the Corporate Affairs Commission in Abuja.

Also, the petition claimed that following the judgement of Mr Justice Stephen Addah delivered in March 2011, the Supreme Council had ceased to be in existence, in the affairs of the Church, since the Church registered its constitution in 1998.