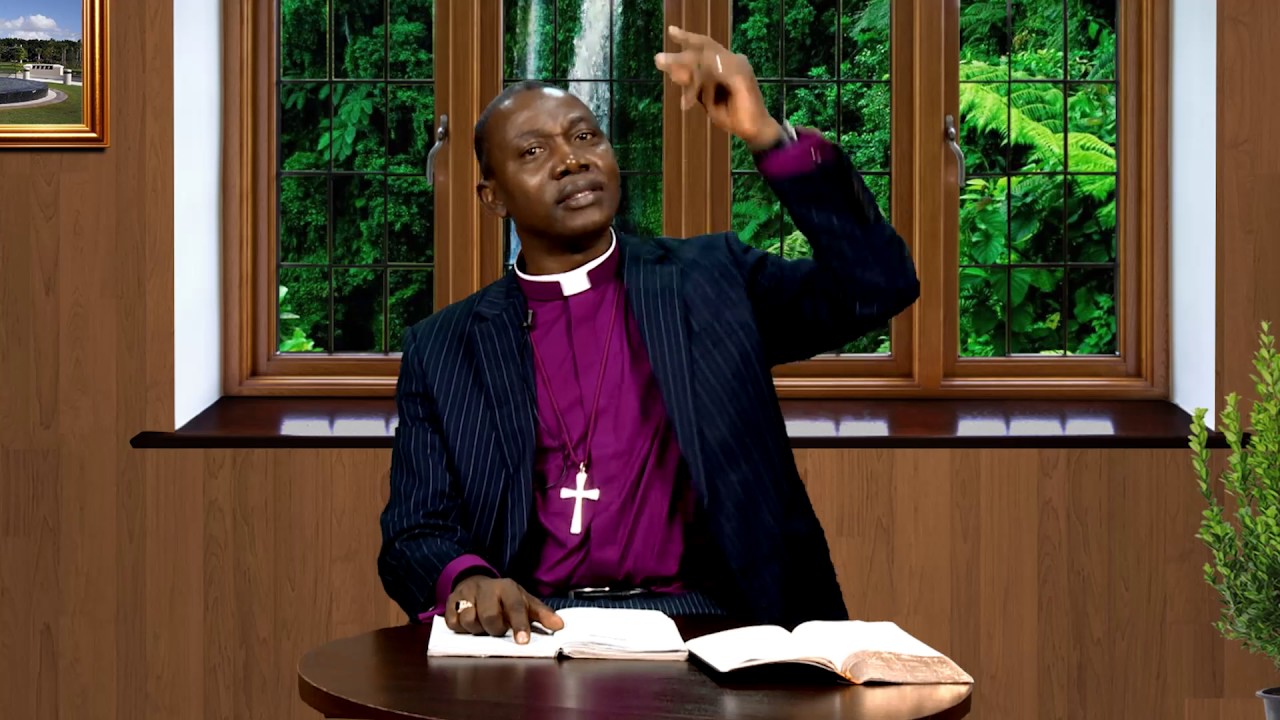 Anglican Bishop Theologian, Professor Dapo Asaju has described the recent Executive Order on gay rights by the United States President, Joe Biden as ungodly and a recipe for God’s judgment.

Asaju made this position known at the Standing Committee meeting of the Church of Nigeria, Anglican Communion which held at All Saints Cathedral, Onitsha, on Thursday, February 12

The forum also witnessed the presentation of a paper by former Deputy Senate President, Ike Ekweremadu on ‘The Role of the Church and Politicians in Politics and Democratic Nation-Building’.

Ekweremadu who first delivered his paper said the involvement of the church in Nigeria politics would help stabilise the nation and save it from anarchy.

The former deputy senate president who was represented by Professor Offornze Amucheazi, decried the indifference of the church to politics saying: “It is important that the church does not remain aloof, but should play a decisive role in the task of nation-building. In doing so, she helps to foster development, national identity, and create stability in society.”

In his own paper at the meeting, Prof. Asaju who spoke on “The raging battle of Homosexuality, syncretism and ungodly lifestyle” described Biden’s policy on gay rights as satanic, warning that God does not tolerate sin in any way.

It will be recalled that the US had recently threatened sanctions for countries where gay rights are not upheld and had also promised to grant asylum to gays that are being persecuted in their countries.

But Prof. Asaju said it’s only the human race that engages in homosexual acts noting that nothing of such happens in the Animal Kingdom. He said despite the promiscuity of the dog, “there is nowhere the male dog sleeps with another male dog”

Asaju who until recently was the Vice-Chancellor of Ajayi Crowther University, Oyo, recalled how former US President Barrack Obama promoted gay rights while also commending former President Goodluck Jonathan for resisting the temptation of succumbing to the US pressure on the gay rights issue.

He said the signing of the executive order on gay rights by Biden is an act of rebellion against God urging both the clergy and laity to stand up against all ungodly laws.

Asaju said God is not moved by any form of philosophical argument recalling that God had always dealt with sins right from time immemorial.

“When man over ambitiously wanted to reach Him through the Tower of Babel, God came down and confused our language. God had in the past dealt with homosexuality by destroying Sodom and Gomorrah. In Egypt God brought ten plagues and killed the first born of Egyptians because of their sin against his people, he also destroyed even his covenant people who sinned against him in the wilderness

“Now we have Covid-19 which I believe is God’s judgement because of the universal rebellion against God. Nobody can explain the ravaging virus that has killed many people. God does not in any way tolerate sin.”

He lamented pagan practices in the Church noting that the church had in time past fought against occult practices and made its priests take an oath of non-participation in fraternities.

He traced the origin of the evil in the world to Satan’s wiles starting from the Garden of Eden when Satan questioned the instruction of God to Adam and Eve. He also traced it to fallen angels situated in all parts of the world who have been influencing man to misbehave and do abominable things.

Quoting several scriptures, he said homosexuality is an abomination before God adding that “it should never be a subject of theological debate. The Holy Bible is the standard of judgement for every man. Unfortunately, we are too daring. Reason is good, but you can’t question divine revelation and the laws of God.”

He decried the infiltration of the rank of the clergy by the devil recalling how a bishop in the Church of England celebrated Ramadan in the church with a Muslim cleric.

On way forward, he urged the church to keep to God’s instruction on sexual ethics and be courageous enough to engage in this battle which he described as being propelled by the devil.

He said, “We must identify this battle for the spiritual battle that it is. All Christians must cooperate to fight this battle. We must be able to speak up where we are. The leadership of our church must engage our representatives to fight against homosexual laws.

“We must warn our lawmakers not to tamper with the laws we had already passed. Let’s be proactive and mobilise our people to resist them. We need Christian apologetics. People must write to defend the Christian faith. The Global Africa Future Conference (GAFCON) resolution must be revisited. We must return to the pure and simple gospel.”

He suggested further that Prayer, fasting, holy living must be intensified. “We are on a battle for reformation after the order of Esther who fought for the people of God and William Wilberforce who fought against slave trade.

“William Wilberforce fought against slavery and that is why we have the gift of Ajayi Crowther who was rescued from being carried away to slavery. Let us be like Martin Luther King Jnr who fought for the rights of the blacks in the US. Let us follow the example of Ajayi Crowther who confronted paganism.”

The Standing Committee Meeting seminar was chaired by Archbishop Olusina Fape who also coordinated a question and answer session during the meeting.