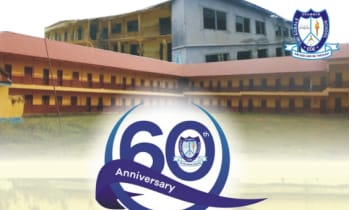 Timi Agbale Grammar School Ede, Osun State has clocked 60 years. The school which was founded by Ekiti State-born Chief Gabriel Falegan, was taken over by the then Oyo State Government in 1978. That was shortly after the military regime of Olusegun Obasanjo announced the takeover of all secondary schools from their owners

Alumni Association of the school in a statement signed by its president, Dr. Olusegun Adebola Adewara, and  General Secretary, Mr. Femi Adeyinka announced a series of activities marking the 60th anniversary of the school. The body also expressed sadness at the deplorable situation of the infrastructure of the school and that of many other institutions in the country.

The body noted in the statement that “governments in many states could not maintain their secondary schools, pay teachers and create the right ambience needed for learning and culture”

It however disclosed that the alumni had resolved to contribute their own quota to make their alma mater better.

The body states, ‘The 60th anniversary is not just a time to merry with one another. It has allowed all old students to return to their alma mater to see things themselves. For some, this would be the first time seeing the school again after 50, 40, 30 20 years. It is an opportunity for alumni to reflect profoundly and give back to the school that made us. It is wrong to pass through a school and refuse to look back to the school with the purpose of giving back.”

The association also called on Nigerians to imbibe the culture of reflection, looking back, and giving back. “Governments alone cannot do it. The purpose of the alumni association is not only to identify and merry with one another but to inculcate great cultures unto the younger generation in the schools and help maintain its standard and greatness.”

On the 60th anniversary, the association said, “amongst other programmes, it would 25 awards to the best students in academic and non-academic endeavours. Old and current teachers would be rewarded. Men and women who have been a blessing to the school would be recognised.”

The alumni body also called on governments all over Nigeria to think about returning schools to their owners now that it is glaring that many of them cannot fund them any longer.

‘The purpose for which the schools were taken over in the first instance is defeated. Governments have killed the schools. They have become a significant burden on them. Teachers are not paid, and schools are not maintained. Many students have become wayward and uncontrollable, with no security in these schools. Is it not time for these state governments to ease these burdens from their scanty budgets and face other realities? The association asked.

October 1 day of fasting, prayer, repentance, and the force of change in Nigeria

Every Samson must beware of Delilah’s lap, says Ajibade after 22 years in ministry

ASUU strike: Why it is still lingering- Prof....

THE PASTOR’S WIFE: HER TEARS, HER PAINS, HER...

12-year-old who could not recognize letter A …now...