Trending Now
Adeboye: Some women consider it privilege to sleep...
Despite challenges, God has been good to Nigerians...
Writers save lives, solve problems says Omotosho @...
Prince Harry’s book that hit 1.2m sales in...
Ex-Apola king, Idowu Animasawun celebrates 85th birthday with missions...
Nigeria can’t make progress if the Church is...
Peter Obi: I have not promised I will...
2023 elections and the imperative of divine timing
RCCG announces Prof. Aboaba’s passage says “He is...
The Paternoster Code: Debunking the age-long misconceptions about...
Home Features Sylvester Oromoni: The autopsy reports and the days ahead for Dowen College 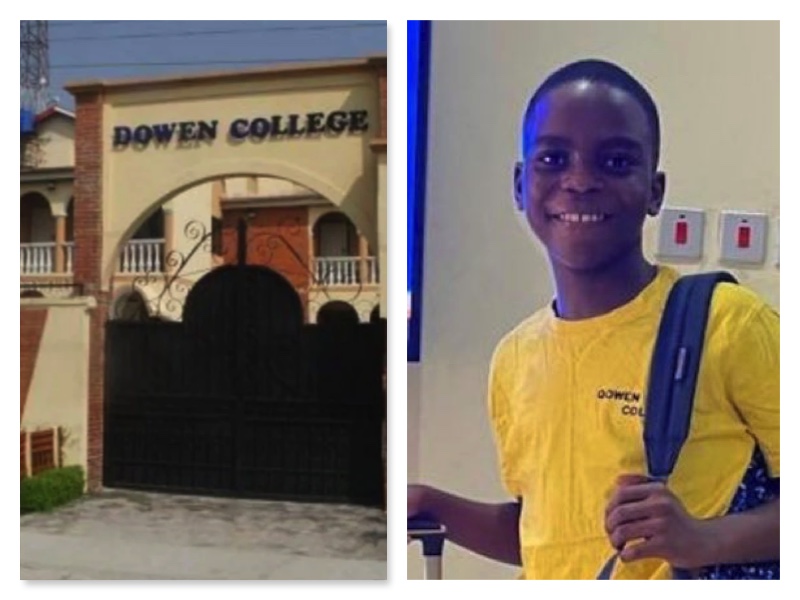 This will be my second intervention since the unfortunate demise of Sylvester Oromoni Jnr.; the 12-year-old student of Dowen College, Lekki, Lagos.

I am intervening because I am a parent and a stakeholder in the education sector.

It’s gladdening that the police have taken some bold steps to address the matter despite the misgivings. At least effort has been made.

But then the parents of Sylvester are not convinced that justice is being served. His father according to reports has vowed to continue to seek justice on the matter.

Falana reportedly said the authorities are aware that the Chief Coroner of Lagos State had ordered that an inquest be conducted into the circumstances surrounding the death of the boy.

The inquest according to him “commenced before the coroner on December 16, 2021, has been adjourned till January 15, 2022, for further hearing.”

While the aggrieved parties have a right to hold to their position, it’s important to state that in seeking justice we don’t allow emotion to take the lead.

Justice and the innocent

It’s sometimes better to allow the guilty to go unpunished than to punish the innocent. Insisting that the young man was murdered without clear medical evidence won’t help the cause of justice.

Care must be taken that those who know nothing about the death of Sylvester are not being unduly charged. Already there are too many cases of innocent people in detention suffering for what they know nothing about.

The medical reports from both Warri and Lagos according to the Police confirmed that the young man was not murdered.

If on the other hand the young man was murdered and the authorities are being manipulated to doctor the autopsy report, we can only hand them over to God’s court. There is little anyone can do.  But the parents can also continue to seek legal redress.

Cases that are similar to that of Oromoni Jnr have been swept under the carpet. But the good thing about this particular case is that some actions are reportedly being taken. That is where the police and the Lagos State Government should be commended.

The Lagos State Commissioner of Police, Hakeem Odumosu gave a rundown of the actions taken by the authorities so far.

It is instructive to note that three of the five students detained were reportedly not around when the young boy was allegedly bullied and poisoned.

Odumosu said that all the parties in the case, including the deceased’s family, the school management and witnesses, were interviewed by him.

According to him, ‘During the open interview, it was unanimously agreed that another autopsy should be carried out where pathologists from all parties would be present. The investigation was extended to Delta State and Abuja.”

He said the same case was reported at Area Command, Warri, Delta State on December 1, 2021.

From Odumosu’s statement, a post-mortem examination was first carried by a Consultant Pathologist, Dr. Clement Vhriterhire of the Central Hospital, Warri.

The result attributed the cause of death to ‘acute lung injury due to chemical intoxication in a background of blunt force trauma’.

It was after that, that a toxicology screening was recommended. While waiting for the result of the toxicology, another autopsy was ordered by the Coroner Magistrate in Lagos because of the status of jurisdiction.

The second autopsy according to Odumosu was carried out at the Lagos State University Teaching Hospital on December 14, 2021, in the presence of representatives of all the parties involved in the case.

The result according to him attributed the cause of the death to septicaemia, lobar pneumonia with acute pyelonephritis and pyomyositis of the right ankle.

Dr Clement Vhriterhire, the same doctor who carried out the first autopsy, attributed the cause of the death to ‘acute bacterial pneumonia due to severe sepsis’.

He said a case of torture, bullying and forceful application of poisonous substances against the suspects could not be established.

He also dismissed the allegation that the deceased was being forced to join a cult group.

Both the Lagos and Warri autopsies confirm the deceased died natural death according to Odumosu.

The verdict from pathologists

Dr S. S. Soyemi, Consultant pathologist who led a team of pathologists to carry out the autopsy was quoted as saying Oromoni:s  ‘Death was caused by Septicaemia following infections of the lungs and kidneys arising from the ankle wound. No evidence of blunt force trauma in this body. The findings in the oesophagus and stomach are not compatible with chemical intoxication. Death, in this case, is natural.’”

Odumosu said the legal advice from the Directorate of Public Prosecution indicated that there was no prima facie case of murder, involuntary manslaughter and/or malicious administering of poison with intent to harm, against the students and the house masters, hence they could not be prosecuted.

Dowen College: The days ahead

The school on its part has done everything humanly possible to get to the root of the matter. It took the lead in investigating the death of the young man.

It is quite heartwarming that it has not displayed any form of arrogance. Rather it has cooperated with the authorities to get to the root of the matter.

It is expected that the school picked some useful lessons in the events of the past two months.

Going forward the school has to strengthen its security and put in place measures to forestall future incidents. The number of its security cameras should be increased to all nooks and crannies of the school.

The school should also endeavour to do a background medical and moral check on the kind of students it gives admission to.

It is a new beginning for Dowen College. It is another phase. It is a phase where all hands must be on deck. Both the staff and students need to be emboldened and be courageous to face the challenges ahead.

They must learn to appreciate themselves. The students on the other hand must eschew any form of temptation to give credence to public stereotypes. They have a pedigree. This pedigree has been sustained over the years. They should not allow strange forces to bring them low.

They must understand that they are now like a city set on a hill. Any moral infractions from them will take the lead in the media and reference will be made to the events of the past few months. It is now they need to be on their guard and watch out for elements that may want to soil their good name.

The parents of Sylvester on the other hand and indeed parents generally have a lot to learn. Given the critical condition of the boy, one would have expected that the parents would take him to a nearby hospital in Lagos instead of travelling hundreds of kilometres to Warri.

What informed the Warri trip seeing the critical condition of the boy. Is it that the boy had a medical condition that could only be attended to in Warri? Did he have a special doctor based in Warri because of his medical history?

Answers to those questions may well be like crying over split milk. But then, parents should listen to their wards when they make complaints. Our children should be free to air their opinion on matters that concern their well-being. It is true we know what is best for them, but sometimes what is best for them may not really go down well with them.

We must be able to determine whether our children have the capacity to stay in the hostel. Not every child could withstand being let alone without parental supervision. Some children are just not cut for boarding school. While there is nothing wrong with hostel life, we should try to understand the psychology of our children and treat them accordingly.

For some members of the public that are fanning the embers of hatred for Dowen College, it is time to recline. If the school comes down today, that will not add value to the life of another institution. There are many people benefiting from the impact of the school. Despite being a fee-paying school, there are so many students from indigent homes who are being offered scholarships by the school. We can only encourage the school to do better and keep the management in check when they err.

Adebayo wrote in  from No 77 Adeobola Street Surulere Lagos

Mummy G.O refutes stories on her sex life, use of mastercard says, “my messages are being manipulated to pitch me against people”