Trending Now
Uma Ukpai prays for Obi says, “Lord do...
Bonnke’s successor, Evang. Kolenda drops bombshell, says, “Anointing...
A “widow’s” lamentation and lessons for RCCG, others...
God’s word: A case for non-English speakers in...
Adeboye: Some women consider it privilege to sleep...
Despite challenges, God has been good to Nigerians...
Writers save lives, solve problems says Omotosho @...
Prince Harry’s book that hit 1.2m sales in...
Ex-Apola king, Idowu Animasawun celebrates 85th birthday with missions...
Nigeria can’t make progress if the Church is...
Home News Mummy G.O refutes stories on her sex life, use of mastercard says, “my messages are being manipulated to pitch me against people” 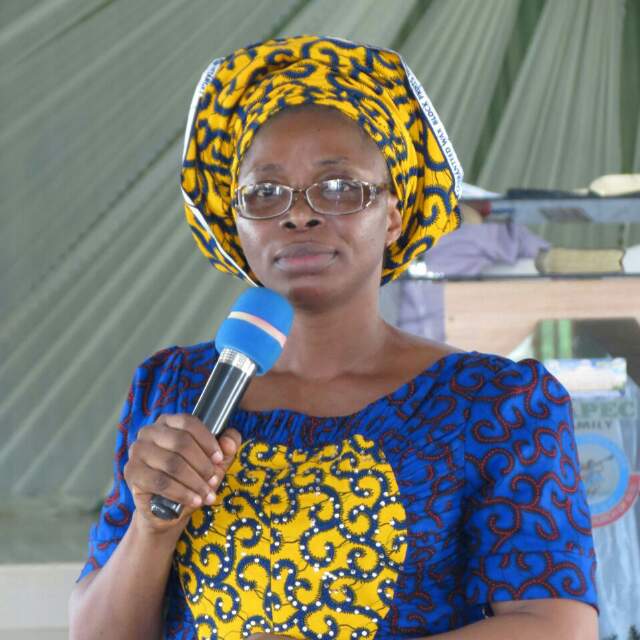 Mummy G.O refutes stories on her sex life, use of mastercard says, “my messages are being manipulated to pitch me against people”

Evangelist Olufunmilayo Adebayo also known as Mummy G.O. has said some of the things credited to her on social media are not true.

She also refuted the news item about her sex life stressing that there was no time she said it took 30 minutes for her husband to penetrate her vagina during sex.

A video on the wall of a Facebook user however shows that she made the claim of renewed virginity. Could the video have been doctored?

Adebayo who claimed to have been in ministry for 24 years said some people deliberately manipulate her messages so they could get people to hate her.

In the last few weeks, many things have been credited to her on social media.

She however explained that some of those things were not put the way she said them.

While agreeing that she said those who have skin cut, who use make-up and tattoo their bodies will go to hell, she said, “All I said are being backed by the scriptures. If you go through the book of Romans 1v32, 33, and Leviticus 19, you will see where the Bible condemned these things. I normally back whatever I say with the Bible.”

Mummy G.O.     Nobody was against me when I was with Satan

Adebayo is the founder of Rapture Proclaimer Evangelical Church based in Iyana Ipaja, Lagos.

She said nobody was against her when she was in the kingdom of darkness doing all sorts of things to promote Satan.

She however noted that since she renounced her sins and committed her life to God, she has been facing serious attacks from fellow pastors.

On her position about comedians, she said, “It is true that I said comedians will go to hell. There is no way you can do comedy in Africa without telling a lie. And the Bible tells us that we should let our yes be yes and our no be no. These things are in the Bible. I did not manufacture them.”

She said in another BBC interview that she was not the first person to condemn football. “Just goggle the god of football. Many other people have been saying that football is a god. People worship football.

“The antichrist knows that football is the only thing that can unite the whole world. That is why they are spending billions of dollars on it. Football represents the earth. It is a round shape object. That is the world for you. Inside it, there is nothing but air. It tells you the world is vanity. I am not the first person that will say lovers of football will not make heaven,” she quipped.

But was this video doctored…who is lying