Trending Now
Adeboye: Some women consider it privilege to sleep...
Despite challenges, God has been good to Nigerians...
Writers save lives, solve problems says Omotosho @...
Prince Harry’s book that hit 1.2m sales in...
Ex-Apola king, Idowu Animasawun celebrates 85th birthday with missions...
Nigeria can’t make progress if the Church is...
Peter Obi: I have not promised I will...
2023 elections and the imperative of divine timing
RCCG announces Prof. Aboaba’s passage says “He is...
The Paternoster Code: Debunking the age-long misconceptions about...
Home Features Russia – Ukraine War: A Bible Perspective of a regional reset 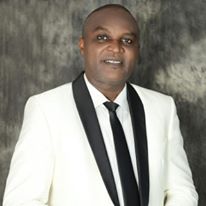 Dr. Victor MIKE-OMOLE  is the Coordinator of Future Event Movement and the Director Of Studies at Maranatha Institute.  In this piece, he examines the prophetic implication of the Russia-Ukraine war

The ongoing Russia–Ukraine War is not only multi-dimensional but also multifaceted. While it has both Socio-Political and Spiritual connotations, it is also filled with several parties with diverse Political and Economic interests.

Nevertheless, as a student of Bible Prophecy, I would like to approach the conflict from a Biblical perspective.

Be it known that my heart is sorrowful, and I do not rejoice over the unprecedented loss of lives and properties on both nations, yet, its prophetic significance cannot be ignored or wished away.

Questions to ponder on

Here are a few questions and answers to reflect on:

Then, why the Invasion of Ukraine? Beyond the ordinary, I see a divine purpose set in motion, and this is where my Biblical perspective becomes relevant.

We understand by Scriptures that Russia has a prophetic destiny that must be accomplished in these last days, not just Russia alone, but Russia and some of her neighboring nations that must form a confederated unit with her in this Endtime.

Since this prophetic destiny must be fulfilled, then Russia’s effort to break Ukraine into several parts becomes inevitable.

Am I encouraging the war or suggesting that this invasion is divinely orchestrated? NO – Not at all.

But how did these two neighbours get here?

In 2014, the Russian government annexed Crimea, and now, on February 21, 2022, the Russian President, Vladimir Putin, officially recognized and declared Donetsk and Luhansk to be independent states. Furthermore, he expects the government of Ukraine to do the same.

Having taken these steps, Putin began a military invasion of Ukraine on February 24, 2022, pushing inward Kyiv from all sides. According to historical accounts, this is the largest military conflict in Europe since World War II. Could this be the reason some people are alleging that World War III has begun? Well, I beg to differ.

Alongside the outbreak of the Covid – 19 Pandemic, came a Global Reset. Now considering the Russia – Ukraine narratives, I see an ongoing Regional Reset running side by side with the ongoing global reset. This will not stop until the process of repositioning the Russian Federation for her prophetic destiny is complete.

Russia and its leader have a prophetic destiny that must be fulfilled, and it requires a coalition of several nations. Russia is destined to invade Israel in this Endtime, and some of these nations that must become part of Russia’s future invasion of Israel are presently within the borders of Ukraine. So long as these prophecies must be fulfilled, then Putin’s effort to break Ukraine apart must come to pass. Consequently, knowingly or unknowingly to Vladimir Putin, the invasion of Ukraine becomes necessary in liberating these territories.

Do not forget that there are two kingdoms in this present Age, which are; the Kingdom of Darkness and the Kingdom of Light. These two are continually at war, until such a time when the kingdoms of this world shall become the Kingdom of Our Great God, as Divinely Appointed – Revelation 11:15.

We have a God who is both Omnipotent and Omniscient, and He declares the end from the very beginning, declaring those things that are not as though they are. Therefore, He has revealed ahead of time, that a day will come when Russia and several nations will join forces together and invade Israel. However, He (The Lord) will bring Russia to its ruins at that time.

To this end, the Lord has allowed this invasion to take place, not because He could not stop it, but because something good is going to come out of the conflict.

What good could we have amidst unpopular war?

Just to mention a few, here are some of the underlining spiritual benefits of the ongoing war between Russia and Ukraine:

Jesus was asked by His Disciples for signs of His Second Coming, amongst His several answers, He said:

“For nation shall rise against nation, and kingdom against kingdom: and there shall be famines, and pestilences, and earthquakes, in diverse places.”

Of a truth, these are all happening simultaneously and before our very eyes.

This is a major sign of the Second Coming of Jesus Christ, especially when we see all the events mentioned above happening simultaneously around the world and at a higher frequency.

There have been numerous Earthquakes in diverse places this year, wars and rumours of war in other places besides Russia and Ukraine – We hear of China warming up towards Taiwan, just waiting for the opportune moment, Iran and North Korea are not left out in this desire to attack their neighbours at any given time.

Furthermore, although the Covid-19 Pandemic seems to have been overwhelmed by the crises in Ukraine, indeed, it is not completely over yet. So, when we see Pestilences, Earthquakes, Wars and Rumours of War happening simultaneously, then, understand that it is an indication of our nearness to the soon return of Jesus Christ for His Bride.

Church involvement in politics not about Christians versus Muslims -Ladi Thompson

Russia-Ukraine war: Don” t demonise any side of the conflict-Adelaja