Russia-Ukraine war: Don” t demonise any side of the conflict-Adelaja

….says “I am now more attached to my heavenly home” 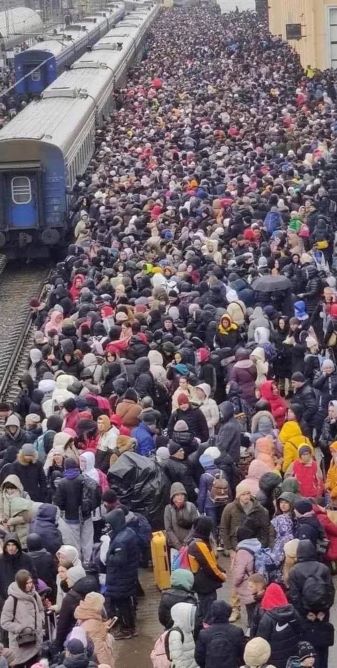 Ukrainians feelng their country as a result of the war

Nigerian-born pastor of Embassy of God Church in Ukraine, Sunday Adelaja has said the Russian government has justification for the war it is prosecuting in the country while also urging people not to demonise any side of the conflict.

Adelaja took this position during an online video interview with Chosen Generation monitored by Church Times.

He explained further that if the US was in the position of Russia it would have done the same. “Putin has his own justification for the war. Any other country with nuclear weapons like Russia will do the same. If Mexico for instance do what Ukraine did, the US would probably wipe it off the map. There is a reason to the madness of Putin.”

Don’t demonise any side of the conflict

Adelaja said nobody should demonise any side of the conflict. “Everybody has their own truth. We must pray for both Ukraine and Russia so that God will give them the wisdom to be able to make the right decisions. Christians are called to love.”

He said what the US can do now is to welcome fleeing Ukrainians and show them, love. “When they see genuine Christian love they will be able to appreciate there is another life better than where they  are coming from.”

On the situation in Ukraine, he said, “It is worrisome. There is now no light, no water no gas. It is so bad. We had some people hiding in my house. But we had to evacuate them. The damages on my house is real”

About 2 million Ukrainians according to him have fled the country.

He said some members of his church have organised three to four hours of online marathon prayer for the country. “But the most pressing thing for those in the country is to find a safe place to stay and then we pray.” he said.

On his persecution by the Russian government, he said, “I came to the attention of the government because of the growing influence of our church in the country. We have about 700 branches of our church in Ukraine and about 500 outside Ukraine.

“Out of the 500 about 100 of such churches are in Russia. So the government took note of what we were doing and felt we are importing western culture to the country. That is why they declared me a persona non-grata.”

Adelaja said his priority now is his heavenly home. “I am more attached to my heavenly home than my earthly home. I have left everything behind. When you are in that kind of place you see the reality of heaven. You get to know that every other thing is nothing and that no matter what you have or what the world has to offer, the end of the  journey is death.”