Trending Now
A “widow’s” lamentation and lessons for RCCG, others...
God’s word: A case for non-English speakers in...
Adeboye: Some women consider it privilege to sleep...
Despite challenges, God has been good to Nigerians...
Writers save lives, solve problems says Omotosho @...
Prince Harry’s book that hit 1.2m sales in...
Ex-Apola king, Idowu Animasawun celebrates 85th birthday with missions...
Nigeria can’t make progress if the Church is...
Peter Obi: I have not promised I will...
2023 elections and the imperative of divine timing
Home News  3186 persons killed, 296 abducted across Nigeria in six months- NGO 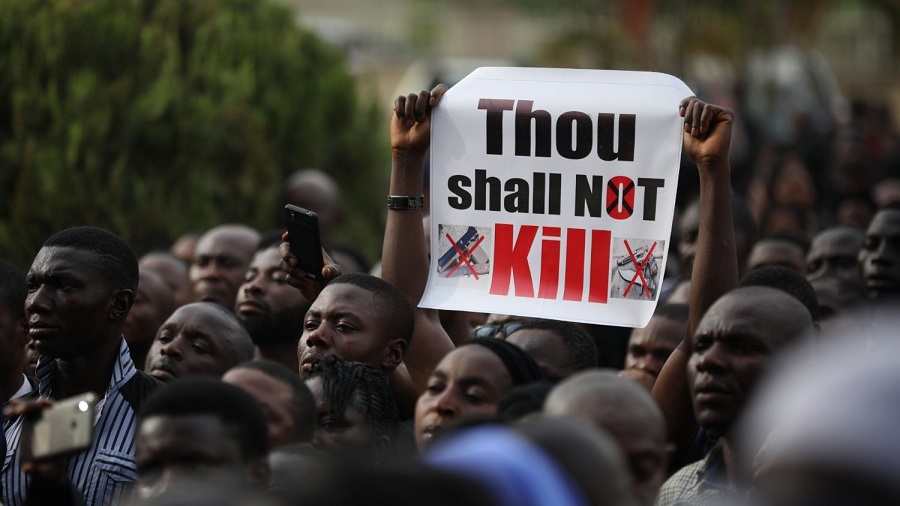 A non-governmental organisation, International Organisation for Peace Building and Social Justice (PSJ) has revealed that at least 3,186 persons have been killed, 2,963 abducted and 161 injured across Nigeria in the last six months.

The group made the disclosure in its mid-year report on the state of insecurity in the country.

The organisation states that “there have been diverse reports of escalated figures of casualties due to violent atrocities within the space of the first six months of 2021, but the PSJ team have been able to verify from media and field sources that the country has experienced the killings of at least 3,186 persons, abduction of 2,963 victims, and 161persons injured across Nigeria.”

The body stated that insecurity in Nigeria as a country has continued to remain a matter of debate with different sides having different opinions.

It noted however that the situation in the country has degenerated into massive killings in mostly rural communities through attacks, robbery, kidnappings, and other violent forms. These are now entrenched in Nigeria.

“The rate of atrocities perpetrated daily, though under-reported, has reached a dangerous peak indicative of a war against the wellbeing of the Nigerian citizens. Over the last five years, there has been a concentration of atrocities in the northern part of the country and though, it still remains the epicenter, the violence has found its way into the southern parts of the country.” the body noted.

It also observed that the rate of abductions has experienced a huge spike from those of the previous year. “The year started on a high note of mass abduction especially of school students as witnessed in Zamfara and Niger States where over 300 and 42 students were abducted respectively.”

“The challenge of fear, traumatization, threats to families and loved ones of the abducted continue to hinder the process of shining the light on this preposterous activity. It thus means that the actual picture of the extent of the degrading activities remains unclear and requires more efforts at uncovering these wicked acts.”

Victims of many of the abductions and killings according to the report were Christians. It also noted that the frequency of attacks and casualties is higher in the northern states than in others.

“The impact of Boko Haram and Fulani Militia atrocities were felt in higher dimensions in the Northern states. The Northern geopolitical zones were hit worst in order of ranking: North West, North Central and North East with deaths and abductions respectively.”

The findings of the NGO indicated that Zamfara State has the highest number of killings between January and June 2021, followed by Benue State and then Niger.

My experience practicing Medicine in the US for 25 years-Dr. Adejinle Babalola