Trending Now
A “widow’s” lamentation and lessons for RCCG, others...
God’s word: A case for non-English speakers in...
Adeboye: Some women consider it privilege to sleep...
Despite challenges, God has been good to Nigerians...
Writers save lives, solve problems says Omotosho @...
Prince Harry’s book that hit 1.2m sales in...
Ex-Apola king, Idowu Animasawun celebrates 85th birthday with missions...
Nigeria can’t make progress if the Church is...
Peter Obi: I have not promised I will...
2023 elections and the imperative of divine timing
Home Features Osinachi Nwachukwu: Catholic priest, Fada Oluoma reacts to cause of death
Features

Fada Oluoma, a Catholic priest has added his voice to the recent death of popular gospel singer Osinachi. He shared his views in a Facebook post on Saturday, April 9. Find below his position 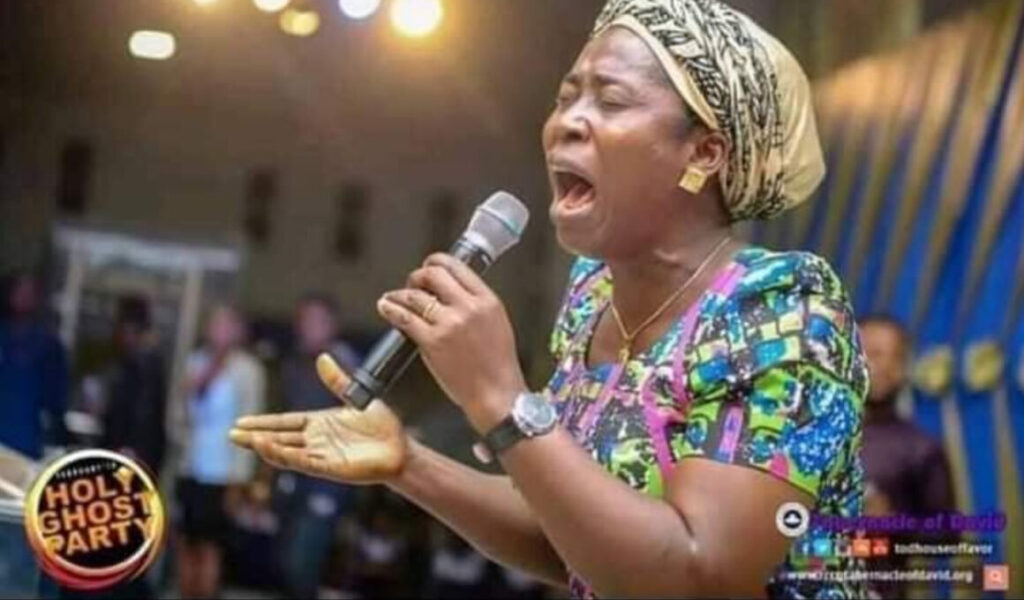 In one of the parishes I worked in, a woman always came to me with a bloodied nose and swollen face, a fatal decoration from the man she called her husband. It was always a dilemma counseling her because I could see her helplessness.
The next thing she feared more than losing her life to her beastly husband was actually losing her marriage to him. To worsen her case, she didn’t have anything to do economically.
Long story short, I finally convinced her to run for her life, after receiving more bouts of life-threatening beatings. I paid for her transportation to her Uncle’s house.
After two weeks, she came telling me that the man called and begged her to come back, she was obviously looking for my approval for her chicken-hearted and Lilly livered disposition. In my magnanimity, I chased her back to her uncle’s house.
After some months, the man went to beg. When I was consulted, I told the uncle to give the man two major conditions: 1. Empower the woman economically. 2. Deposit an undertaken never to beat her with the police and the uncle.

What made her stay in abusive marriage can never be godly

Death in marriage by the hand of an abusive spouse is avoidable, don’t honor it. We all woke up to the sad news of the death of Osinachi, a gospel singer, famously known for the song EKWUEME. suddenly, the cause of her death started filtering. I’m now reading that she died from injuries from violence by her husband.
The news going around now is that she’s been enduring this violence for years. So, her death, for me, was avoidable. Whatever made her stay in that marriage despite constant life-threatening violence CAN NEVER be godly.
There’s nothing pious and righteous about enduring life-threatening violence till death. The Bible never says “Blessed are those who are killed by their husbands or wives, for theirs is the kingdom” nope, it rather says “Blessed are you when men persecute you and speak all kinds of calumny against you on my account, rejoice and be glad for your reward will be great in heaven” Matt 5:11-12.
If spousal violence is the cause of Osinachi’s death, she won’t be the first, I don’t know if she will be the last, but I hope her’s will help in the liberation of many women in such situations.

Catholic church against divorce but…

The Catholic Church has no place for divorce in marriage, it’s not a lexicon in catholic sacramental theology. Yet, there’s separation and dissolution. Separation is allowed when the life of any spouse is realistically threatened. It’s called SEPARATION FROM BOARD AND BED.
So hear me once more, run away from the spouse that wants to kill you by any means, run for your life. Some women find it difficult to run because the man is their only source of sustenance, this is why Osinachi’s case befuddles me. She’s a celebrity, so I don’t think she can’t cater to herself or her kids in the event of separation if the story is true.
I repeat, there’s nothing godly, pious, or Christian about staying with a man who beats you mercilessly and puts your life in danger. God can save you miraculously from accidents, armed robbers, bandits, etc but if you see a violent husband or wife, you have to save yourself: RUN.
Ladies, get a job or career or trade, just have something doing for a living. Marriage is not imminent or social welfare for jobless women.
You will need it. If your husband is financially buoyant and negotiates with you to stay off work for the sake of raising your children, that’s fine by me, but insist on him paying you a reasonable amount you fix in an account for as long as you stay home for the kids, E get why.
May the soul of Osinachi and the souls of the faithful departed, through the mercy of God rest in peace.
0 comment 0 FacebookTwitterPinterestEmail