Trending Now
Getting out of the entanglement of generational affliction
Church health, multiplication focus of our February conference-Akin...
Alex Bamgbola was a practical Christian, hospitable-Lagos PFN...
WATS gets new provost 8 months after Pastor...
Building a lasting Legacy. The how, the When,...
Faith Comes By Hearing steps up Oral Bible...
RCCG pastor takes early retirement, starts own ministry
Uma Ukpai prays for Obi says, “Lord do...
Bonnke’s successor, Evang. Kolenda drops bombshell, says, “Anointing...
A “widow’s” lamentation and lessons for RCCG, others...
Home News How I’ll tackle insecurity and other demons troubling Nigeria- Ohuabunwa 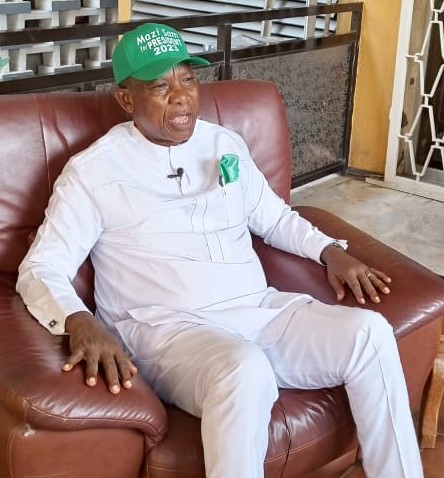 One of the presidential aspirants on the platform of the Peoples Democratic Party and convener of the New Nigeria Group, MAZI SAM OHUABUNWA, has given insight into how he intends to tackle the problem of insecurity when he becomes the president of Nigeria.

Ohuabunwa spoke at a forum of the Network of African Christian Journalists on April 3.

At the forum held at his residence in Lagos, the Pharmacist turned politician said insecurity is one of the four demons troubling Nigeria.

The other three according to him are poverty, corruption, and injustice.

He said the first thing he would do is to call for help from international organisations and countries to help tackle the menace. This is apart from some other strategic steps he mentioned in the course of the interview.

Govt too proud to ask for help 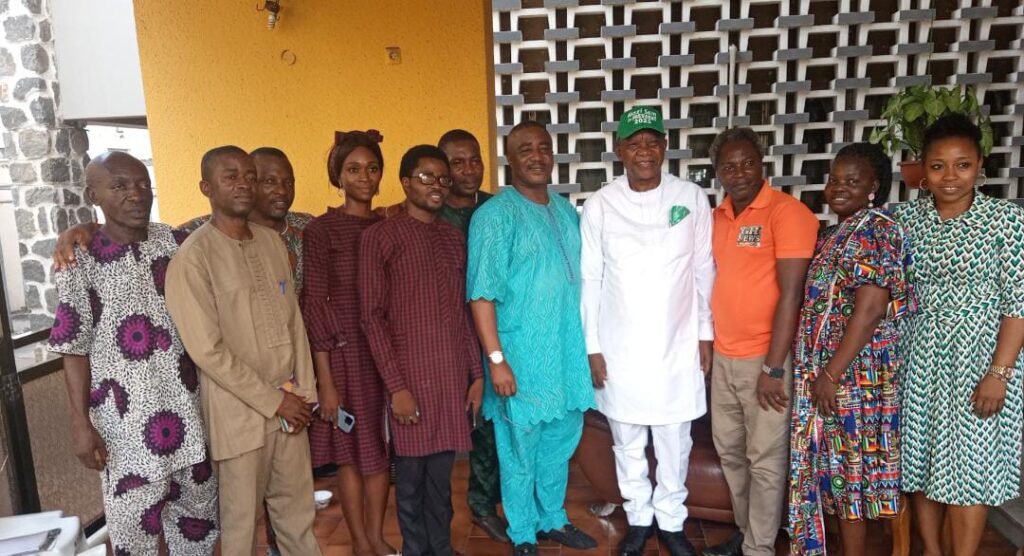 Ohuabunwa with members of Network of African Christian Journalists

According to him, those presently ruling the country are so proud to call for help. “No single Nigerian deserves to die. What Nigerians need is security. So the first thing to do when I am elected is to call for help. And I am sure there are many institutions and countries waiting to help us.

“The second thing I would do is to hold an emergency meeting of all stakeholders to discuss on ways of tackling the menace. I am going to say to them this is not our country, what has happened to us. We did not live like this. There was freedom of movement. How come we are at war with ourselves. Who did we offend?

“What we must understand is that we are already in a war situation. By the time we have this strategic meeting, I am sure a concrete solution would have emerged. Such meeting can’t be held until I get to the office to see what is on the ground.”

We will deploy intelligence

He however said another step he would take is to deploy intelligence using technology. Today if I want to hear what they saying and doing in the Sambisa forest I can achieve it. With GPRS technology you can see what is going on in your house without being there. We are going to use intelligence to tackle the insecurity situation.

Intelligence will come in different forms. They could pose as beggars and artisans just to mix with the people so as to get information.”

Ohuabunwa who has collected the expression of interest form from the PDP said the fourth thing his government would do is to use armoured technology in delivering ammunition to the target. We will minimize using our own forces because for a start you don’t know who is on your side or against you. So we will use armoured technology to deliver ammunition to the target areas where they are needed. Some call them armoured drones.”

He said all these measures are to arrest the problem. People want results, not stories.

He said at the end he would then look at the total security architecture of the country.

“We would provide training and boost the morale of our soldiers. They will be well kitted, well-fed. Once you give the soldiers what they need they will be ready to do all to provide security.”

When reminded that the present government might have done some of the security tips he proposed to do, he said, “efforts don’t translate to result. When bandits attacked the rail station for three days consecutively how do you want to convince the people that you are doing something? The rail line could be monitored through technology. So it’s a wonder that the rail could be attacked consecutively if the government was really doing something.”

He insisted that the problem of Nigeria is not primarily with its structure but the leadership. “If we restructure, the restructuring itself will create another problem. Yes, there is a structural issue that we will deal it. We need to create a system that will make us function flawlessly.

Nigeria has structural issues but that is not the reason we are not meeting the basic needs of people. The Nigerian constitution is not the best, but it is the constitution that has been used by previous governments. It did not suddenly become terrible today. The president of Nigeria has enough power to change the constitution. The story is about who is in charge. Nigeria is not as complicated as we are making it look. What is causing our trouble is poor leadership.”

He said it is difficult for Nigerians who mean well to get to leadership positions because of the monetization of the process.

“Nigerians have monetized politics. It is almost like you have to have a bottomless pot of money to be able to get there. But I want to change that trend. Nigerians themselves are beginning to see that money is not all. I also believe there is a time for a change. Systems don’t remain forever. It will be changed by people like us who are bold enough to come forward to challenge the status quo. I believe we will win this election.”

While admitting it is difficult for anybody to get to power through a small party, he said, “that is why I joined a big party like the PDP and I am ready to confront the demons and angels in the party.”

Only God can ask me to step down

On whether he would step down if asked to, he said, “It is only God who asked me to start the process that can ask me to stop. If there is a call for a consensus candidate and I am asked to step down I will consult God. If God asked me to concede I will. I have nothing personal about this. There is a mission. God has answered the prayers of the poor. I am one of those God wants to use to rescue Nigeria from wickedness.”

Ohuabunwa who has been part of many strategic conferences in Nigeria said his government would also give room for more women.

“In our appointment, we will have 40 percent men, 40 percent women, and 20 percent youth. Women can be assured they will see a government they have not seen before.”

Describing his wife as a virtuous woman he said, “My wife is my solid rock support. When I was asked to become the president of the Pharmaceutical Society of Nigeria, my wife was not comfortable. But I told her let us pray about it. When I was praying, I got a release to accept to be president of the society. To become the president of Nigeria, God went ahead to speak to my wife before speaking to me. I did not want to tell her, didn’t know she already heard from God about it. She shared her revelation with me. She is going to be an effective first lady when we win the election.”

Osinachi’s sister speaks, says, “her husband hit her in the chest before she died”

How I’ll tackle insecurity and other demons troubling Nigeria- Ohuabunwa - ChurchGists.com April 16, 2022 - 5:13 am