Trending Now
Adeboye: Some women consider it privilege to sleep...
Despite challenges, God has been good to Nigerians...
Writers save lives, solve problems says Omotosho @...
Prince Harry’s book that hit 1.2m sales in...
Ex-Apola king, Idowu Animasawun celebrates 85th birthday with missions...
Nigeria can’t make progress if the Church is...
Peter Obi: I have not promised I will...
2023 elections and the imperative of divine timing
RCCG announces Prof. Aboaba’s passage says “He is...
The Paternoster Code: Debunking the age-long misconceptions about...
Home News Olumide Emmanuel: How my family became prosperous after name change…why I stopped going to Italy 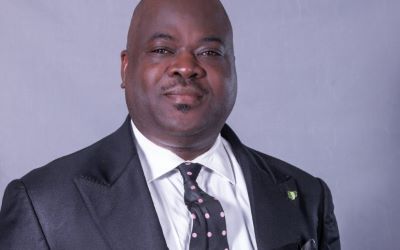 Olumide Emmanuel: How my family became prosperous after name change…why I stopped going to Italy

Founder of Calvary Bible Church, Pastor Olumide Emmanuel has recounted how his family lineage wallowed in perennial setback until he advised his parents to have a change of name.

He told the story while preaching on Sunday, July 4 in the church, saying, that long before he mooted the idea of a name change for the family, nobody ever succeeded.

He said, “My father is here. My mother is here. You can ask them after service. There is no single individual from my father’s side and my mother’s lineage that has been wealthy and stayed wealthy. It never happened. I can tell you about millionaires and billionaires in our family. They used to be; they are no more.

“When they begin to make money and their names begin to spread, something will happen and that thing will crash them and reduce them to nothing. They will begin to sell their houses.”

Pastor Emmanuel recalled that his parents were also affected by that setback.

“The day my mother was supposed to collect money she would use to write exams that would move her forward, she was told if she had come a day before she would have gotten the money; that the money had been used to rent chairs for a naming ceremony.”

He said however that when he became born again, he began to have insight into why the family had such experience.

He then encouraged the family to change their name from Shopeyin to Emmanuel. The consequence of taking that step according to him was amazing.

Emmanuel who is known for financial emancipation sermons said God told him clearly that if he would make it in life, he must adhere to strict holiness; that he must not joke with sin. “He told me I must be committed to dangerous prayers, dangerous giving, and dangerous investment,” He said.

He said when the table turned for him and he became prosperous, the devil thought “it was like the marriage was what was helping me, so the enemy struck, and then he thought all was ended. But when he saw that I was not down, they attacked my business and then the church. But they keep failing,” he said.

He chided those who brought CFA Franc as an offering when he asked them to bring foreign currencies to pray for international breakthrough; wondering that they could not even afford a one-dollar bill.

“Ordinary one dollar you can’t give. The international passport how much did you pay to get it?  Is it CFA Franc that you will use to get to Canada? That is why some people are being duped by those who promise them jobs in Libya and some other foreign countries where they are being maltreated. And they will now be begging they want to come back to Nigeria. It takes fake to get fake.”

He said many people who ought to have invested their money here in Nigeria have been deceived to use such money for foreign opportunities that put them into bondage.

While urging his listeners to be wary about some of the foreign opportunities, he said he had to stop going to Italy because he could not understand the level of immorality and atrocities going on there.

“I stopped going to Italy around 2005. God had asked me to go to countries of the European Union for missions. We were moving around. I was going all over. At a point,  we had an office in Italy. When I got to Italy, I realised that almost everybody we met was a prostitute. I did not understand. I encountered what I could not explain from the Bible. There were things I used to preach against before but now I know better.

“I preached in one church. The choir sang. And I made an altar call for the people to give their lives to Christ. Almost all the church came out including three ministers and virtually all those in the choir. I thought they did not understand what I said. But they understood. The pastor told me, Ashewo ni won meaning, they are prostitutes. I got confused. I did not know what to pray again and which Bible to quote again.”

He said the realisation that people could comfortably be ministers in the church and be practicing whoredom as a lifestyle discouraged him with missions in that part of the world.