Trending Now
Adeboye: Some women consider it privilege to sleep...
Despite challenges, God has been good to Nigerians...
Writers save lives, solve problems says Omotosho @...
Prince Harry’s book that hit 1.2m sales in...
Ex-Apola king, Idowu Animasawun celebrates 85th birthday with missions...
Nigeria can’t make progress if the Church is...
Peter Obi: I have not promised I will...
2023 elections and the imperative of divine timing
RCCG announces Prof. Aboaba’s passage says “He is...
The Paternoster Code: Debunking the age-long misconceptions about...
Home News Olu of Warri named 2021 Man of the Year by Iroyin Oodua 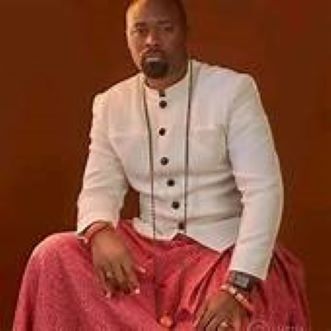 It has also declared United State’s based Dr. Adeniran Ariyo, Yoruba Man of the Year

The award was given to the monarch on Saturday, January 15 in Warri, Delta State.

The Managing Editor of the news medium, Mr. Taiwo Adeleye in a statement said the monarch was selected after a rigorous debate which led to his choice from a list of 25 prominent people across Nigeria.

He stated that the Olu of Warri was selected for his electrifying emergence as a unifying factor among indigenous peoples of the Niger Delta opening up one of the greatest prospects of peace-building and conflict prevention in recent history.

The statement reads in part, “He is young and vibrant. His emergence in August 2021 saw a renewed vigor to bring the people of Warri Kingdom together and to unite the different ethnic groups in his domain and beyond.

“He has set up an empowerment programme with beneficiaries spanning the ethnic divides. His lordship has seen a new realm where addressing the needs of the poor is a directive royal principle.

“This he has demonstrated with a lot of committed resources without seeking publicity or public attention but to the delight of millions of people in his domain.”

Adeleye observed that the Olu has re-joined the almost broken cord between the Yoruba people and Warri, adding also that he has brought hope to a despairing youth population.

He noted that the monarch’s vision is evident in his desire to use the agelong traditional stool to transform the social and economic frontiers of his people.

‘His direct link with improving the economic situation of youths in the Niger Delta through economic empowerment has given the traditional stool another grandeur which stamps the fact that traditional institutions are potentially great partners in the transformation of Nigeria.

‘The Olu of Warri fought a consistent battle with his people on his side.” Adeleye stated.

Dr. Adeniran Ariyo’s choice as the Yoruba Man of the Year according to the statement was based on his medical exploits in the United States.

He is one of the world-renowned cardiologists with a passion for humanity in the area of philanthropy.

The statement noted that Adeniran’s support “for the upliftment of his people and the transformation of his homeland drew jealousy and public petitions driven by ethnic paranoia, a battle he won with the support of many Yoruba people all over the world.”

He won a protracted contest but demonstrate a rare spirit of magnanimity in victory. One of the most striking phenomenon in his desire to unite his people, open up fresh vistas in ethnic relations in the Niger Delta, and broaden the aspirations for brotherhood among the people of Warri and the Niger Delta through his demonstrated leadership acumen.”

Dr. Adeniran Ariyo, MD is a Cardiology Specialist in Dallas, TX with  over 34 years of experience in the medical field. Dr. Ariyo has more experience with Adult Congenital Heart Conditions than other specialists in his area.

He graduated from University of  Ibadan medical school in 1988. He is affiliated with Baylor Scott And White Medical Center Sunnyvale.

Past winners of the Irohinoodua Man of the Year included Prof Wole Soyinka, Ogbeni Rauf Aregbesola, the late Pastor TB Joshua and Prof Banji Akintoye who won the award in 2020

Billionaire Alakija preaches Jesus on Lagos street, says, “the best time to be saved is now”