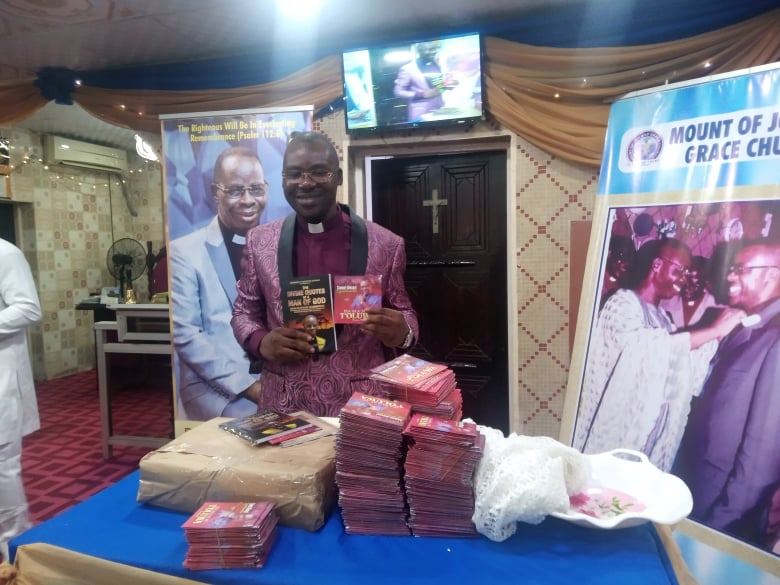 A book, detailing the life and sayings of Pastor Isaiah Ogunbomehin has been published. Ogunbomehin who passed on July 21, 2019 founded the CAC Babalola Miracle Camp, Ikeji Arakeji. Osun State.

The camp is the epicentre of activities for the Christ Apostolic Church. It hosts many of the institutions of the church including Joseph Ayo Babalola University.

The 123-page book was put together by scion of the sage, Pastor Seyi Ogunbomehin. He is the pastor of Mount of Joy and Grace Church, Agege, Lagos.

Titled, “The divine quotes of a man of God” the book captures Pa Ogunbomehin notable quotes. It also gives a glimpse of his life and the events that led to the founding of the CAC Babalola Miracle Camp Ikeji Arakeji camp.

The forward and the Preface

A forward by Pastor Bisi Adewale, a marriage counsellor and family therapist puts the book in perspective. Adewale captures his experience of the late patriarch and how his life was an inspiration to many.

He wrote, “Reading this book made me have a glimpse into the life and times of this extraordinary man. This book will immortalise him and make the generation yet unborn to learn from this rare gift that went to meet his maker and receive a great reward.”

He recalled how a former CAC President, Pastor Orogun went against the norm to visit only Pa Ogunbomehin’s church and to pray for him when he came to Lagos. The then 90-year old Pastor Orogun had prayed saying, “People will be coming from all over the world to receive blessings in this church”

The prayer according to the author was the springboard that birthed all the achievements of Pa Ogunbomehin when he was alive.

With about four chapters, the book captures a short biography of Pa Ogunbomehin, his quotes, his impacts and tributes at his transition.

While alive, Pa Ogunbomehin was one of the financiers of the programmes of CAC. He was ordained pastor on September 25 1988 during the CAC convention in Ilesa, Osun State. The author notes that “two strange pastors appeared to his video recording crew during the 1989 CAC convention at Ilesa and directed them to Ariran Stream in Ikeji-Arakeji to uncover the secret there.

“None of the pastors has shown up to date despite all frantic efforts to know who they are, including public announcements during subsequent CAC conventions. They are like angels in the Bible sent by God, usually in human form, with a specific message to His people”

Following the instruction, the video recording crew went and recorded the river scenery. They played the tape to Pa Ogunbomehin on their return. “It was while watching the tape that the Lord told him: “Look at that stream, go and develop it for me.” That further gave strength to the vision of the miracle centre. It marked the beginning of work on the campsite.

The author had also taken note of the prophecy of the first General Evangelist of CAC, Apostle Ayodele Babalola. He was said called by God to ministry work near Ariran Stream in 1928. “He had prophesied several times that the place would attract visitors from all over the world.

“In November 1958, he told Apostle Agbona, The founder of Christ Apostolic Mission Church (CAMC), at Oyingbo, Lagos near Ogunbomehin’s place of work that, There is a young man, just over 20 years of age (Pa Ogunbomehin was then age 21) who God was going to use at the place of my call. He is targeted to be killed but my God will not allow that.”

But Pa Ogunbomehin only got to know about the prophecy  when work had already commenced on the site. Apostle Agbona had relayed the prophecy to him.

Beyond the brief biography, the author painstakingly put together life changing quotes by Pa Ogunbomehin when he was alive.

One of the quotes reads, “God will allow the rain to fall on the evil person and the good person. John 3v16, Says., “For God so loved the world…” that statement does not say for God love the Christians or good people. Hence, if a witch knows how to farm more than a child of God, if she plants her corn and takes good care of it, the corn would come out even better than that of Christians.”

Another striking quote is, “sometimes God does not consider our faith before blessing us. He just wants to reveal His awesomeness in our situation.”

And yet another, “Forced blessings can reduce your life span. Hence don’t be in a haste to achieve anything. Do your best and make sure your relationship with God is not compromised in any way, at all times.”

He was also reputed to have said, “everybody needs money. We don’t come to church because we want money or husband or any material things whatsoever. We can have those things without the church. In the church, our focus should be the kingdom of God and his righteousness”

Beauty of the book

The beauty of the quotes as put down by the author that they were originally uttered in the Yoruba language. But the author translated them to English so as to have a wider audience. The book accommodates both the English and Yoruba versions of the quotes.

The quotes also cut across many issues of life ranging from death to life and the kingdom life.

The third chapter titled, Other exploits of Pa Ogunbomehin” tells the story of how the late sage gave his life to Christ. He had wanted to commit suicide because of a debilitating toothache that defied medical solutions. On his way, he stopped by at a crusade.

It was at that crusade that his case was mentioned by the preacher. The preacher specifically mentioned his case and that he wanted to commit suicide. He prayed for him. And that was the end of the toothache. That miracle endeared him to the Church of New Jerusalem where he first served the Lord.

The book ends with a series of commentaries by dignitaries on the life of Pa Ogunbomehin.

A different kind of Biography 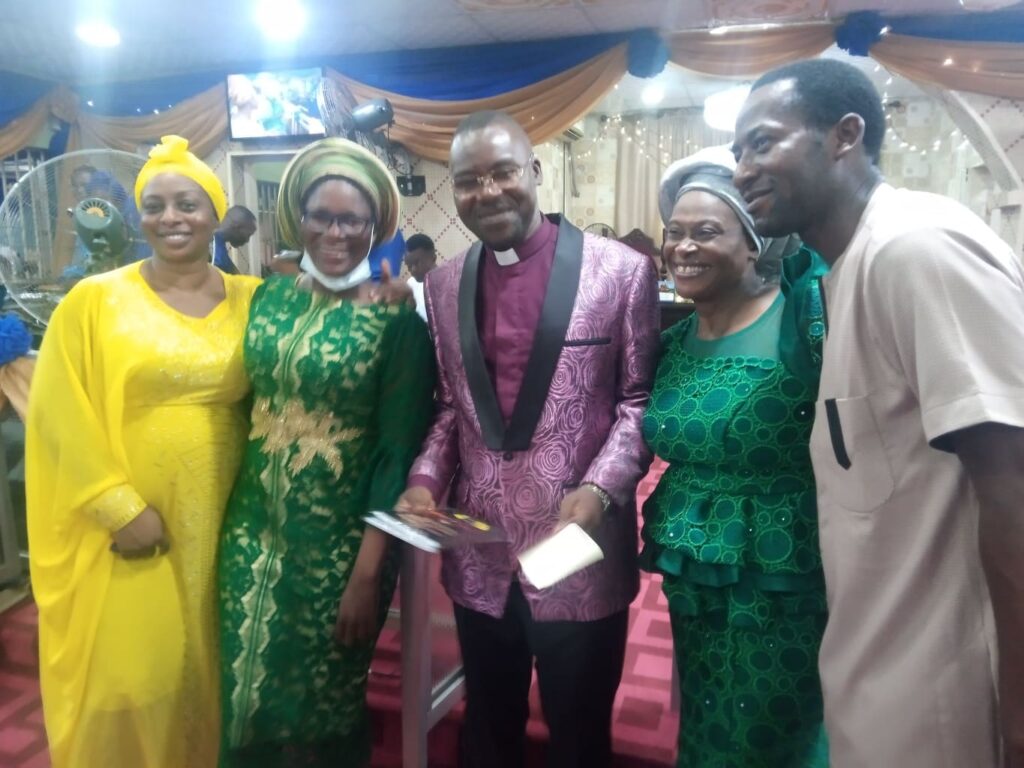 Pastor Seyi Ogunbomehin, with some members of the church after the launch

No doubt, the book offers a refreshing dimension to biography writing. The author employs a racy yet intelligible style to deliver on the life of Pa Ogunbomehin. It is a great compilation that will, over the years keep the late icon in the minds of people. It will also make a trans-generational impact.