Trending Now
A “widow’s” lamentation and lessons for RCCG, others...
God’s word: A case for non-English speakers in...
Adeboye: Some women consider it privilege to sleep...
Despite challenges, God has been good to Nigerians...
Writers save lives, solve problems says Omotosho @...
Prince Harry’s book that hit 1.2m sales in...
Ex-Apola king, Idowu Animasawun celebrates 85th birthday with missions...
Nigeria can’t make progress if the Church is...
Peter Obi: I have not promised I will...
2023 elections and the imperative of divine timing
Home News Big Brother Naija, a demonic gateway to homes-Michael Orokpo 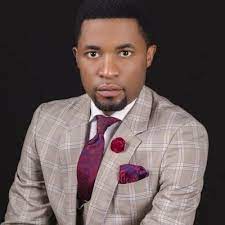 A Reverend, Michael Orokpo has described Big Brother Naija as a demonic gateway to homes that give themselves to it.

In a video message shared on his Facebook page on Wednesday, September 8, Orokpo said many are ignorantly inviting demonic forces to their homes by spending time watching the reality show.

Orokpo, a minister at Remnant Christian Network said the same way the word of God produces light and creates impacts is the same way immoral programmes send demonic signals into homes. “They render many homes unlivable unknown to the occupants,” he said.

While noting that 99 percent of those in the Big Brother Naija show are people who profess to be Christians, he said, “There are three possibilities for every child of God. Galatians 4v1 says as long as a Christian is still a child, he is not different from the servant even though he is Lord of the house. So a child operates on three different levels. There is a level of rebellion.

“The child knows what is wrong, but he does it deliberately. There is also the level of ignorance. In this case, the child knows God is interested in him but does not know how to come to the economy of the functionality of life. The third kind of children who are believers are those who are beginning to tap into the realm of mercy. These are those who are becoming obedient to the will and purpose of God.”

Orokpo stated further that the devil rules over believers who are ignorant and rebellious adding that, “Until believers grow from the realm of children they have no value in the kingdom of God. The believer who is a rebellious child is a more effective tool in the hands of the devil. The devil is not moved when you win souls, he is more afraid when you make disciples of the souls. Raising disciples means raising men from rebellion through ignorance to obedience to the will and purpose of God.”

He lamented that Christianity in Nigeria has not crossed the level of raising babes. He wondered why many have just refused to grow from being children to experiencing God in the concrete sense. “Children need to feed on spiritual food so they could grow. Unfortunately many in this apostolic age are being fed with prosperity messages,” he said.

Bishop Wale Oke is a man of refreshing honesty-VP Osinbajo