Memunatu Oni: Story of the Muslim girl who encountered Jesus at age 9, still waxing in the Lord @ 60

She was born inside a mosque in Kafancha, Kaduna State, and was bathed with water associated with some Islamic rites. She shares same birthday with Prophet Mohammed. Her maternal grandfather, then a monarch in Kafancha named her, “Iyawo Anobi” i.e wife of the prophet.

So, it was to be taken for granted that she would grow up in the Islamic tradition and live out the tenets of the faith.

But rather than go the way of Islam, 60-year old Memunatu Sade Oni had an early unusual affinity with the Christian faith. 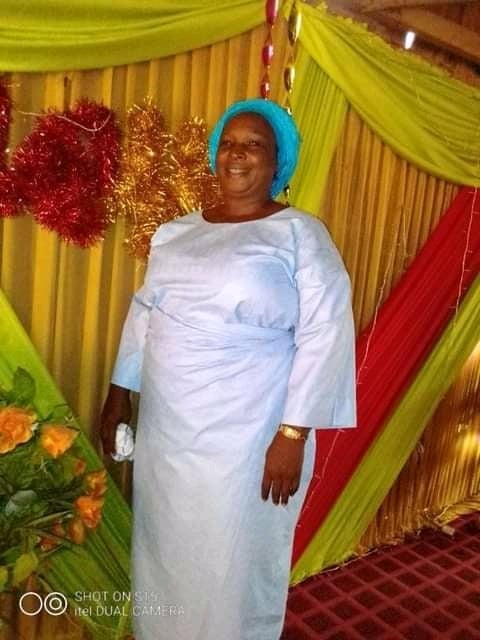 By age 9, she began to see the vision of a man instructing her to tell the world that “Jesus is coming soon”.  She became curious; wondering about the vision because she never knew anything about the Christian faith and was hearing the name Jesus for the first time in the vision. The vision came repeatedly.

Days after, she saw a team of church people ringing the bell and shouting on top of their voices that Jesus was coming soon.

The scene was familiar.  She followed the team almost immediately and kept worshiping with them.  But her decision did not go well with her parents who were fanatical Muslims.

“My parents never liked the idea. They forced me to attend a koranic school. But each time I went to the school, I was not comfortable. I would sneak from the school to attend church with those folks. This was because even in the mosque I would see the vision of the man coming to me to tell me Jesus is coming soon.

“My parents could not stand one of their children becoming a Christian. They thought something had gone wrong with me. They invited Islamic clerics to do deliverance for me. But that did not stop me from going to church.  When I could not take the barrage of persecution, I had to run out of the family house.”

Her exit from home was quite dramatic. Unknown to her parents, she joined beggars at the train station in Kaduna where they lived so she could enjoy a free train ride down south. “I just wanted to escape from being killed as I thought.

While in Ilorin, God led her to a family who took her in and began to mentor her when they heard her story. But then, she had to do menial jobs to keep going. She would wash plates in canteens and do all kinds of things to survive. Incidentally, the menial job took her to Oke-Ila, her father’s town.

“That was where I started attending Christ Apostolic Mission Church where I was being taught the word of God.

“During one of the services in the church, I fell under the power of God and was heavily impacted by the spirit of God. There, the Lord began to open my eyes. I became useful in the church. I got used to the pastor who took me as a daughter and took time to put me through the Christian faith.”

After years of spiritual mentorship in the Church, she joined Christ Apostolic Church where she also had to undergo some tutelage.

She told Church Times, “God has used me to raise the dead and to open the womb of many barren women. People saw the hand of God in my life. But, I was not grounded in the word of God.”

Rather than despair, she went on her knees and cried to God asking for wisdom and understanding. In one of the several prayers, she saw a vision of two men who offered to render assistance to her in her study of the Bible. “It was after that vision that I could now read the Bible to the surprise of many. That was what shut the mouth of my adversaries.”

She began to make progress as regards God’s work. But then, the Lord saw that she needed to be married for her to make more impact. Again, the Lord showed her a man in a vision. When she explained what she saw in the vision to one of her mentors she was told by the spirit of the Lord that the man was her future husband. Months later, she met the man in real life.

But then, she needed her family to agree to the relationship. That was what led her to trace her steps back home. She made contacts with some family folks and went back home for the first time after many years of being away.

Unfortunately, her father had died. But her mother was still alive. Her extended family members insisted she needed to do the Islamic rites for the union to subsist.

She refused and went back to Ilorin to continue her mission while trusting God that one day her mother and the extended family members would come to terms with her on the marriage issue.

It was while back at Ilorin that she was informed her mother had a problem with her vision and at the same time, she could not hear.

The news broke her heart. Immediately, she went home to meet her mother. She prayed for her and a miracle happened. Her vision was restored and her earring too.

“That was the miracle that changed the story of my family. Almost immediately, my mother surrendered her life to Christ. And gradually many of my siblings also gave their lives to Christ. It was the beginning of a revival in our home. My mother later became a member of the Evangelical Church Winning All.

“She became committed to God’s work and had a unique gift of prophecy. By the time they saw God in my life, they had no option but to invite my husband to come and pay my bride price.”

Not called to start a church

Sade Oni said God did not call her to start a church. Rather, her work is more evangelical. She holds crusades and honours invitations from several churches for revival programmes.

“The gift of God on my life is for the Body of Christ and not for one single denomination. God has not called me to start a church. He has called me to the entire body of Christ. Many incredible things have happened, through me whenever I lay hands on people.”

Reaching out to Muslims

Though from a Muslim background, Sade Oni noted that it has been challenging reaching out to Muslims. Some looked at me and just wrote me off in the early days of my ministry because I had no material things to show. But today many are coming to know Jesus through me. I must confess that Jesus has been good to me. One thing I am grateful for is that 80 percent of my immediate family members have come to know Jesus. Some of my in-laws too, have embraced Jesus.

She believes Boko Haram is being used by the devil to destroy lives. It is the spirit of religion that is at work in them. “I also believe Boko haram is political. They are only using the religious platforms as camouflage. They are killers. Christ is the one that has been ordained to save us. We can only pray that those perpetrating evil in the land will encounter Christ.

Lessons from the  church

The lady evangelist says the greatest lesson she has acquired in her journey of faith is not to rely on any man. “Human beings will fail. But God will not fail. I have learnt to keep trusting God and stay on His word. I don’t have my own personal plans again. Every day, I wait on  God to give me direction. I have failed many times because I pursued my personal plan. So I resolved not to have my plan for tomorrow as it were. I take one day at a time.

“Presently I worship at the Strong Tower Glorious Church International in Ondo where I live with my husband. My family has been very supportive. My husband is the one who takes care of the home front each time I go on evangelical programmes. He has been a great support to my ministry.”