Trending Now
Adeboye: Some women consider it privilege to sleep...
Despite challenges, God has been good to Nigerians...
Writers save lives, solve problems says Omotosho @...
Prince Harry’s book that hit 1.2m sales in...
Ex-Apola king, Idowu Animasawun celebrates 85th birthday with missions...
Nigeria can’t make progress if the Church is...
Peter Obi: I have not promised I will...
2023 elections and the imperative of divine timing
RCCG announces Prof. Aboaba’s passage says “He is...
The Paternoster Code: Debunking the age-long misconceptions about...
Home News Founding Deeper Life member who went into Islam for 27 years, comes back to Jesus 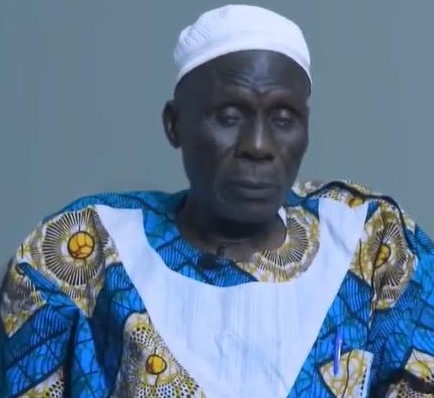 Founding Deeper Life member who went into Islam for 27 years, comes back to Jesus

A founding member of Deeper Christian Life Ministry, Mathew Oyewole who abandoned the Christian faith for Islam has come back to Christ.

Oyewole formerly known as Moshood Oyewole shared his experience in an interview with Folarin Folabi of the Love A Muslim Ministry.

He recounted how he first gave his life to Christ. He also shared how he went into Islam for 27 years and campaigned against the Christian faith in those years.

Oyewole, 74 an engineer by profession said he was born into the Catholic church. His father had wanted him to be a Catholic priest. He also had a passion to be a priest in the Catholic Church. That was what made him become zealous for God.

But he became born again while in Ijebu on an official assignment from his place of work. He said he was led to Christ in 1978 by one Sister Elizabeth Balogun in Ijebu Ode.

Shortly after his conversion, he became very active in the Deeper Life Ministry. He was one of the founding members of the ministry at Ijebu Ode.

After a couple of years, he said he had an encounter with the holy spirit. That made him start some evangelical work in Osun  State where he came from. Souls won during his evangelical efforts were handed over to the Deeper Life Ministry.

He said he was involved with the Deeper Life Ministry when it was still using the Redeemed Christian Church ground in Ebute Meta for its Bible Study programme.

One of his contemporaries, when he became born again, was Pastor Emmanuel Oludaitan of the New Creation Assembly.

He said Oludaitan was his colleague in the office. He was the one who led him to Christ.

Oyewole went to a Bible College and from there moved to Benin City. While in Benin he joined Gospel Faith Mission and was put in charge of a number of branches of the church.

But he soon got carried away with life and began to live recklessly even while in the church. “I became worldly while in Benin. I was attracted by the material things of this world. I began to live anyhow.

“While in Benin I was not giving proper record of the tithe and offering to the headquarters of the church in Ibadan. At that time I  was already a backslider. It was my love for the world that brought me where I found myself. I used to change my cloth twice a day to show the extent of my worldliness.”

The church got to know some of his escapades and reprimanded him. He served some punishment. But he had to quit the church after two years.

From Seventh Day Adventist to Islam

He joined the Seventh-Day Adventist Church. It was while in Seventh Day that he read a book, titled, Islam Reconsidered. The book according to him was written by a white Christian man. It was the book that influenced him.

“One has to be careful about the kind of book that one reads. When I read that book, it changed my orientation. I felt that since Islam is just the same thing as the Christian faith, why not join them,” he said.

That was how he became a Muslim. His conversion to Islam according to him was heralded with pomp and ceremony.

“Islamic clerics embraced me and took care of me. The Islamic world was excited that a Pastor had become a Muslim. I was really taken care of. I also had the license to live anyhow. I married more wives.”

He was given a free house and his first son was invited to Saudi Arabia. He was given scholarship to the Islamic University of Medina.

Folarin Folabi and Mathew Oyewole during the interview

While in Islam, he wrote eight books against the Christian faith. He also told all sorts of lies about Christianity just to get favor and to get converts to Islam. Some of the clips of his exploits in Islam showed where he was making jest of the Christian faith.

There is a particular clip where he lied about the food served in many Christian programmes.

He said to the large gathering of Muslims that the food cooked in many of the Christian camps were cooked with water that people had used to take their bath. He warned the Muslims listening to him not to eat such food. He said that was what many churches used to draw crowds.

Oyewole confessed in the interview that he told several other lies against the church just to get favour and maintain his relevance.

His journey back to Christ

On how he came back to Christ, he said, “I had a dream one night after saying the Islamic prayers where I saw my late dad say to me, go back to where you are coming from. I chanted the Islamic prayers and wished the dream would not come again. I thought it was a joke.

After about three days, I had the dream again. This time, my late dad came to me again and said, Mathew, I say to you go back to where you were born. He said, go back to the faith you once believed. I was really frightened”

Shortly after this experience, he went to see Bishop David  Oyedepo and told him his story. “Bishop Oyedepo prayed for me. I am now fully restored back to the faith,” he said.

Since his restoration, he has written three books capturing his experience as a Muslim. But all his children are still in Islam.

Now Oyewole says, he is ready to lay down his life for the cause of the gospel. He said he has left the free house that was given to him while he was a Muslim. “I am no longer afraid of anything. I have just one life and I am ready to die preaching the gospel.

“My passion now is to spread the word. I have deceived a lot of people in the past. And I have to make restitution. I have asked some of the Muslim people who were helping me to stop.”

So far he has written two books since he came back to the faith. “I have written Journey of the prodigal son, and bitter truth in the Bible. I am on the third one, which is, the cross of Jesus.”

Folarin Folabi who interviewed him told Church Times in a chat that “Pastor Oyewole had come back to the faith two years ago. But he only came out to share his experience publicly about two weeks ago.

It took him some time to come out publicly because he did not know how to go about it. But he came to us in Love A Muslim Ministry to share his story and said he was ready to tell the world about his experience”

Don’t expect a miracle from the next president – Chris Okotie

This story is a true attestation that Jesus is the way, the truth and the life. Thank God for the special grace given to Pastor Oyewole. May God continue to uphold him. Unfortunately, he had led many people astrain. May His special grace also fish them out in Jesus name.

He came to islam as a liar and he left as a liar. Nobody forced him to accept islam. If you see videos clips of this man where he was saying that the christians then took good care of him but the muslims are not, you will be surprised that the same man is saying the opposite now. That is why his wives and children after seeing the light in islam and knowing full well that their father and husband is a deceiver. Don’t be deceived, very soon you will know who this pastor Matthew Oyewole is

I am 100% sure that that the Christians are now celebrating a craft. You mean Pastor matthew Oyewole? I know him like the mark o my palm. He is none but a cunning player. I followed him or seven (7) years to his public lectures reading the Bible or and with him. He can’t deny me Hassan Adedoyin of course.