Trending Now
Adeboye: Some women consider it privilege to sleep...
Despite challenges, God has been good to Nigerians...
Writers save lives, solve problems says Omotosho @...
Prince Harry’s book that hit 1.2m sales in...
Ex-Apola king, Idowu Animasawun celebrates 85th birthday with missions...
Nigeria can’t make progress if the Church is...
Peter Obi: I have not promised I will...
2023 elections and the imperative of divine timing
RCCG announces Prof. Aboaba’s passage says “He is...
The Paternoster Code: Debunking the age-long misconceptions about...
Home News Presidential candidates owe Nigerians explanation on restructuring-Rev Okotie 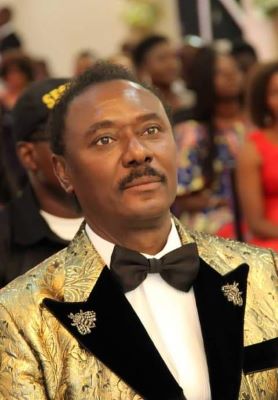 written by Church Times October 11, 2022
Rev Chris Okotie has said presidential candidates of all the political parties in Nigeria owe Nigerians explanations on restructuring. He said the word is the most contentious issue in Nigeria’s polity today
Okotie who is the founder of the Household of God church made the demand in a statement by his spokesman, Mr. Ladi Ayodeji
In the statement which was made available to Church Times, Ayodeji said Rev Okotie said party candidates need to explain their perspective on the issue.
“He believes that the Presidential candidates owe Nigerians an explanation of what they intend to do about the most crucial topic in the current political agenda, which is a new political direction and philosophy of government for the country, in view of the failure of the current system.,” the statement reads.
He said also that Rev Okotie is prepared to debate the Presidential candidates over the contentious issue of Restructuring.
Ayodeji noted that Okotie has been at the forefront of a campaign for restructuring through the adoption of what he calls, Aboriginal Democracy.
He said, “Okotie has said on several media platforms that to continue with the present transition is, ‘to embrace an elusive phantom’, adding that the Presidential system is terminological deceit.
“He rejects what he calls the ad-hoc approach of all the Presidential candidates to restructuring, which he said, merely scratched the surface.
‘Aboriginal democracy is the holistic approach to the recreation of a workable system, that incorporates all our political, cultural, and economic realities under the prevailing circumstances.
“The former Presidential candidate said that the level of restructuring we need today, goes beyond devolution of power and fiscal federalism, as being canvassed by many. Nothing short of a new constitution based on his proposition would do the magic.”
0 comment 0 FacebookTwitterPinterestEmail

Founding Deeper Life member who went into Islam for 27 years, comes back to Jesus