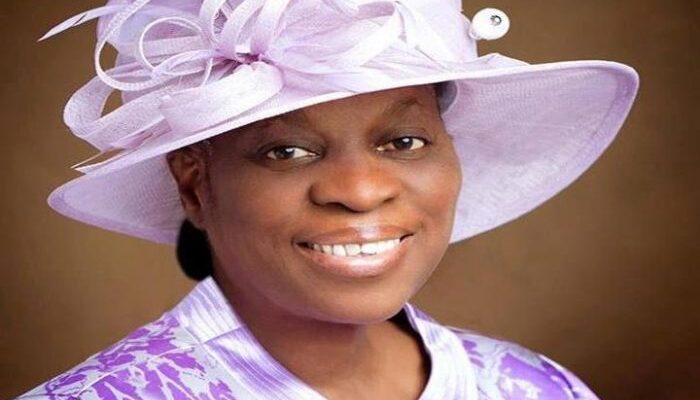 Pastor Mrs. Folu Adeboye is not your regular kind of pastor’s wife. Despite being the wife of the General Overseer of the Redeemed Christian Church of God, Pastor Enoch Adeboye, she has over the years carved a niche for herself.

Apart from being a support pillar for her husband, Folu Adeboye who clocks 74 on July 13 2022 has not allowed her own calling to suffer.

She has demonstrated her love for children, women, and indeed the nation. This tripartite concern has defined her love and ministry.

It is therefore not unusual when on every holy ghost night, Mummy G.O as she is being fondly called anchors a prayer session for Nigeria. The passion and zeal with which she leads the prayer show her emotional attachment to her fatherland.

Beyond the love for the nation, her first love seems to be children.

Her love for children &women

A trained teacher, Folu Adeboye has not allowed the children in the RCCG to lack spiritual guidance. She makes case for them and ensures that all the necessary materials needed for their spiritual emancipation are made available.

And then the women’s ministry. The beauty of Folu Adeboye’s involvement with women is that it transcends the RCCG.

For many years now, she has consistently organised an interdenominational women’s programme called the Feast of Esther. The programme brings wives of pastors from across the world together for a three-day conference.

The Feast of Esther is a  brand name she is being identified with. The organisation is in about 30 countries. She once said the Feast of Esther could not have had a life of its own but for God and her husband who have been giving her the needed encouragement right from when it started.

The annual event has been running for 21 years now. On the 20th anniversary of the feast in 2021, she said of her husband in an online video, “I want to let you know that this man has been just fantastic in his support and in bearing with me and ministering to us.

Recalling how God gave her the vision, she said she prayed for six years before she could have the courage to begin that aspect of her ministry noting that the feast which is an international conference with a life of its own began with about two staff.

She however added that many from other ministries have joined in the running of the organisation.

Mummy G.O also said that older women serve on the advisory of the Feast of Esther which has become more of an annual pilgrimage for wives of pastors across the world. 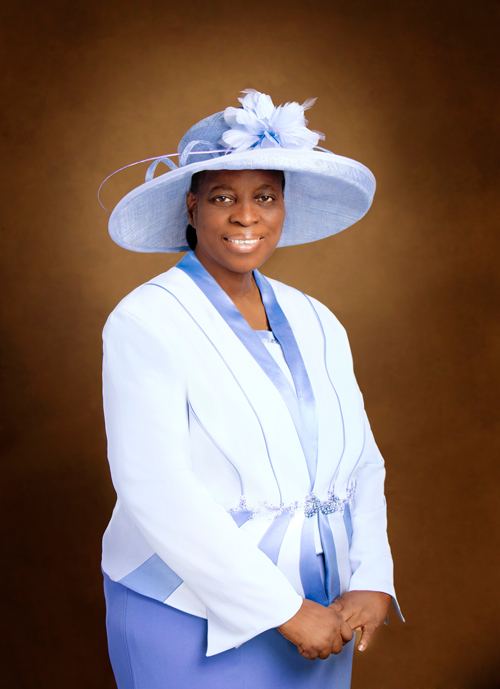 Folu Adeboye was born to the family of Jacob Adelusi Adeyokunnu from the Owa Obokun Oji lineage of Ijeshaland in Osun State. She is thus a princess. She married Pastor Enoch Adeboye in 1967. They have since been in the trenches together fighting the good fight of faith.

Pastor Enoch Adeboye once itemised the sterling qualities of his wife on his Twitter handle. He stated that many women have a lot to learn from his wife. He noted the depth of her submission and how she has over the years been a great pillar in the family. He described her as “my number one fan”

Her busy schedules notwithstanding, Mummy G.O still cooks for her husband.

Adeboye wrote, “Busy as she is, she still cooks my meals and serves me herself. Many young ladies these days leave everything to the home help. My wife still trims my nails for me.

“There was a time when I was a teacher and was staying far from town. She had to cut my hair during that period. She is the only partner of the Adeboye Corporation; she doesn’t delegate her primary duties to anyone else. Just like the virtuous woman described in Proverbs 31:1-31, I safely rest on my wife”Adeboye has been so passionate about his wife that he once threatened to “kill” anybody who touches her.

In a 2017 Sunday Service message at the Church’s headquarters,  Adeboye expressed deep sentiment for his wife recalling how they started from ground zero.

He said,  “My wife doesn’t like me saying this. You can slap me; you can lie against me, you can criticise me, it doesn’t bother me, but touch my wife, I’ll kill you!

“I want the world to hear. They’ll say if I killed, they’ll arrest me, jail me, that is if I killed with cutlass or gun. If you tamper with my wife, I will talk to my Daddy and you’ll sleep and will not wake.”

Adeboye said he was still on honeymoon though he had been married for over 50 years.

He recalled the early years saying, “I was the poorest among those lurking around the girl I married. One was a lawyer who had a car; I had nothing. But I told the girl that if you marry me, whatever I am, whatever I ever become, will be yours.

“I was not a Christian, but I was an incurable optimist. We struggled over ‘pomo’. (animal skin). But today if we want to eat a cow, God will provide. After our wedding on September 8, 1967, we faced challenges.

“Our first baby came in 1968. It was tough. We were happy because we were in love. I had no car, no house. I married and we lived in a rented room and a parlour. We have stories to tell. If you marry for love, the reason it will last is that God is love.”

Adeboye counseled that couples must tend the fire of their love. “no matter how little, you must constantly give gifts to your partner. If it’s given in love, it’ll be appreciated. “When two people are in love, they exchange gifts. Always open your mouth to say to your partner “I love you.” 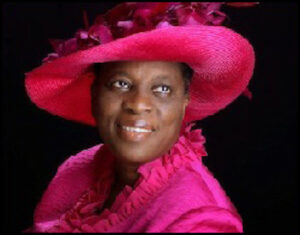 She is described as being blessed with rare gifts of administration, hospitality, counseling, and mentoring. She is also said to have the capacity to minister comfort, care, and encouragement to many.

Mummy G.O has a unique way of bringing hope, love, and succour to the hopeless. She demonstrated that a few years ago when she built a bungalow for a destitute family on the Redemption Camp. She has a great capacity for hard work. She is a missionary, an intercessor, a Bible Teacher, and a role model to lots of women.

She is reputed to be the brain behind many projects in the RCCG. The network of schools of the Christ Redeemer’s Ministry is credited to her ingenuity.

A grandmother, Mummy G.O. carries with her an aura of excellence. Everything around her speaks. The magnificent amusement park at the Redemption Camp is also credited to her creative thinking. Today, parents have a place they can take their children to for the purpose of recreation.

The beauty about Folu Adeboye’s ministry strides is the noiseless form they take. She is not in the glare of the public, but her activities speak volumes in the public space.

The horticultural landmark in Redemption City is a product of her creativity. The Redemption Resort and the Open Heaven International Centre are all part of her ingenious contribution to the City.

This 74th birthday is yet another milestone and a reminder of the need to celebrate a woman with uncommon grace; a grandmother who has given her life as a sweet-smelling sacrifice to the cause of the gospel.