Trending Now
Adeboye: Some women consider it privilege to sleep...
Despite challenges, God has been good to Nigerians...
Writers save lives, solve problems says Omotosho @...
Prince Harry’s book that hit 1.2m sales in...
Ex-Apola king, Idowu Animasawun celebrates 85th birthday with missions...
Nigeria can’t make progress if the Church is...
Peter Obi: I have not promised I will...
2023 elections and the imperative of divine timing
RCCG announces Prof. Aboaba’s passage says “He is...
The Paternoster Code: Debunking the age-long misconceptions about...
Home News Father Kukah one of the few who have not bowed to Baal- NNCC
News 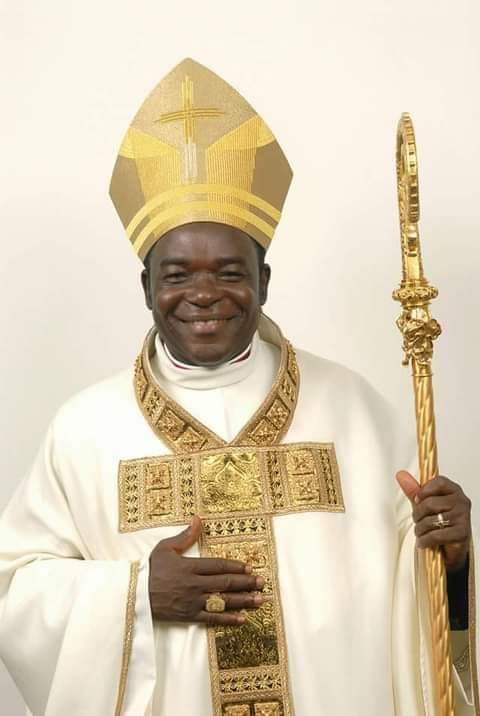 The Nigeria National Christian coalition has described Father Mathew Hassan Kukah as one of the few Christians in Nigeria who have not bowed their knees to Baal.

The coalition made the claim in a statement signed by Apostle Titi Oluwadare just as the revered cleric clocked 70 today.

His work in that commission ended in May 2002. In 2005, Kukah also headed the Secretariat of President Obasanjo’s National Political Reforms Conference. He has since been playing a leading role in bringing peace and sanity to the polity. His role in ensuring peace during the 2015 presidential election is noteworthy.

The NNCC notes, ‘In a world where Church leaders are under heavy surveillance and social media castigation, Father Kukah is seen and hailed as one of those who have not bowed to Baal, a source of hope, caution, truth, and stability. As a protagonist of peace, he has been able to properly balance his priestly role to his flock with his role as a guardian in national politics.

The NNCC noted further that Father Kukah “has tweaked the ear of governments when they veer off track and has made himself available for service in various committees, bringing to bear his credibility on the committees, thus giving them the believability they require to perform their duties and carry Nigerians along.”

The Christian organisation also stated that it is these unique qualities that have made it to invite Father Kukah to the Meet the Church Conference, which comes up in Abuja on September 20, 2022.

Kukah has been invited to help negotiate and chart a new direction for Nigeria and the Nigerian Church in a season of spiritual anomie where the Church is being swept aside from the limelight and relevance of national politics.

All Nigerians, home and abroad according to NNCC should emulate Father Kukah for his good works, especially his ability to stand up against spiritual immorality and evils in government.

Describing Father Kukah as a beacon of hope, the NNCC wished him a happy celebration while also noting that,  “he is one of the few Christian leaders whose lives and activities mirror the life of Jesus and the apostles of yore.”

The body then prayed that the Lord would give Father Kukah many more years so he would be of service not only to the Church but to Nigeria.