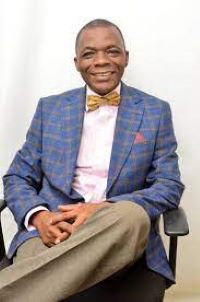 A theologian and Certified Trainer, Professor Oyewole Sarumi has said covetousness and greed are the twin factors driving the prosperity gospel .

He made the observation while delivering a  paper on Saturday, May 7 at the minister’s summit of Maranatha Institute in Lagos.

The well-researched paper is titled, Christian and materialism… synchronizing cacophony: interrogating some critical issues of concept, perception, and practices in the African Pentecostal churches for materialistic theology.

Sarumi said the main theme of preachers of the prosperity gospel is to “get all they can and can all they get” before the eyes of understanding of their followers are open.

He however noted that the eyes of the followers of this brand of the gospel may never open because they too are greedy.

“Who does not want materials, health, and wealth? None, so they stimulate this craving in their congregants, and it keeps increasing unabated as they keep coming to them for ‘more’ in exchange for their money.” he said.

According to him covetousness and greed are the driving forces for both the preachers of the prosperity gospel and their followers.

He said, “An African adage in the Yoruba speaking tribe in West Africa says, “He who wants to die, has met he who is ready to kill him.” That to me situates the scenario of the prosperity preachers and their adherents in the right context.”

While noting that Jesus spoke against the spirit of covetousness he said,  “When the passion for material things becomes god, God and His word become means. Hence, they tend to use and exploit God for their own benefits.

Quoting an author, he said,  “the movement dethrones Jesus so that his word becomes merely a manual for mammon, a guide to gold, a footpath to fitness, and a means to might. Ministry becomes business. Preachers “see preaching as a way to make money.” (Tamfu, 2020).”

Drawing more inference from another book he said, “Prosperity as a global phenomenon is riding on the wave of capitalism which is sweeping the global economy. It is almost synonymous with Pentecostal-Charismatic churches with its root in America”

The well-researched paper can be downloaded through this linkSynchronising Cacophony – Interrogating Some Critical Issues of Concept, Perception, and Practices in the African Pentecostal Churches for Materialistic Theology (1) 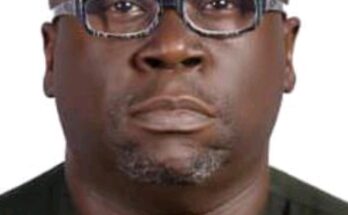