Trending Now
Adeboye: Some women consider it privilege to sleep...
Despite challenges, God has been good to Nigerians...
Writers save lives, solve problems says Omotosho @...
Prince Harry’s book that hit 1.2m sales in...
Ex-Apola king, Idowu Animasawun celebrates 85th birthday with missions...
Nigeria can’t make progress if the Church is...
Peter Obi: I have not promised I will...
2023 elections and the imperative of divine timing
RCCG announces Prof. Aboaba’s passage says “He is...
The Paternoster Code: Debunking the age-long misconceptions about...
Home News Christopher Kolade gives clue on who to vote for in 2023 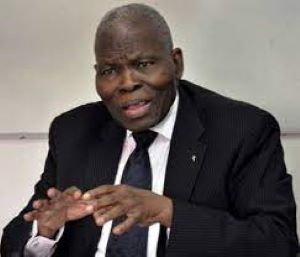 Christopher Kolade gives clue on who to vote for in 2023

Barely two months to the 2023 elections, former Nigerian Ambassador to the United Kingdom, Dr. Christopher Kolade has given insight on who Nigerians should vote for

He gave the clue during an online interactive session with members of the Managing Business for Christ on Saturday, December 31.

Kolade who addressed the topic, Citizens’ role in nation-building, said every citizen of Nigeria has a role to play in making Nigeria great again.

He however suggested Nigerians must think, pray and decide on who to vote for in 2023.

While noting that God has given us the capacity to make choices, he said, “Before voting, we must know if the candidate thinks of only himself or thinks of the country. We must appreciate that Nigeria has been subjected to all kinds of things. So we must find leaders who think about Nigeria. listen to what they say, and read carefully what they write

“They will make all kinds of promises. But there is a way to find out if they are capable of fulfilling these promises. If somebody makes a promise, use your intelligence to look back at the promise that person has made in the past and find out if such promise has been fulfilled.

“Many of those contesting now have been in the public space before. We must ask ourselves, what have they done to show that they are concerned about Nigeria?”

Kolade who turned 90 on December 29 2022 said Nigerians should vote for the person they are convinced could lead the Nation well and allow God to take it up from there.

He said, “Allow God to use your vote to provide the right leadership. Please do not believe that you can refuse to participate and have an effect. Pray about it, work on it and leave the outcome to God.”

God created us to manage the earth

Earlier in his delivery, the statesman said, “God created people and he created them in his own image and likeness. We are not on our own. We are fearfully and wonderfully made. He did not just create us, he gave us instructions to prosper, reproduce and fill the earth.”

To be effective in the God-given role, Kolade said, “We must find out how God expects us to take charge. Already God has given us something to manage. He created the garden of Eden and put Adam and Eve in the midst of it to manage it. Everything they needed for sustenance was in that garden. God asked us to manage the earth for the benefit of all of his creatures.

“God gave us the mandate to go and take charge and look after all his creatures. We are managers for the one who mandated us to manage. We are to manage according to the principles of God.

“The world is our garden of Eden. He gave us the instruction to look after what he has given us and to ensure that everything goes as ordained by him. We can be prosperous by exploiting the resources so that they can sustain humanity and all that God had created.  We are obeying that instruction when we go into economic management. The business we do is an attempt to obey God’s instruction. That is why we should our businesses according to Jesus’ instruction.”

Tussle between self and nation

He said every man will eventually give an account of how God’s resources at his disposal were deployed. “When we try to build the nation, we are only going by God’s mandate. Anything we do is mandated by him. Any result we achieve must be pleasing to him. And we are going to give account how we manage the resources he gave to us”

In building the nation, Kolade said every Nigerian must resolve the tussle between self and the nation.  “We must remember that building the nation is what God has asked us to do. But self wants to go in between. Man wants to do what will benefit man here and now. We leave what we need to satisfy our greed.  But God wants us to build the nation, not ourselves.

Prophecy for 2023: UK-based Nigerian prophetess calls for prayers against another deadly virus