Trending Now
A “widow’s” lamentation and lessons for RCCG, others...
God’s word: A case for non-English speakers in...
Adeboye: Some women consider it privilege to sleep...
Despite challenges, God has been good to Nigerians...
Writers save lives, solve problems says Omotosho @...
Prince Harry’s book that hit 1.2m sales in...
Ex-Apola king, Idowu Animasawun celebrates 85th birthday with missions...
Nigeria can’t make progress if the Church is...
Peter Obi: I have not promised I will...
2023 elections and the imperative of divine timing
Home News Wilson Badejo foundation dissects poverty and security challenges in Nigeria, proffers solution 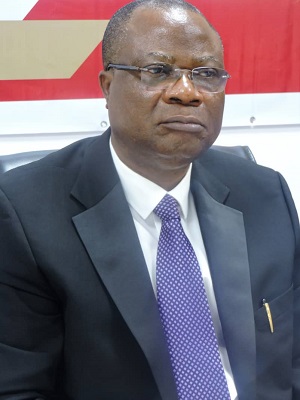 The Wilson Badejo Foundation has given an in-depth analysis of the twin problem of poverty and insecurity in Nigeria while also proffering solutions.

The foundation gave the analysis at a press conference addressed by its chairman, Dr. Osaren Emokpae on Wednesday, August 3.

Professor Eghosa Osaghae, the Director General of the Nigeria Institute of International Affairs (NIIA) is the guest lecturer for the epoch event

Emokpai who spoke on behalf of the foundation however examined the misery index, poverty level, and insecurity in Nigeria.

He also examined the problem of kidnapping, looting of public funds, and the corruption index in the country in relation to other countries.

Emokpai, a development economist also compared the life expectancy in Nigeria with other countries in Africa. He also made recommendations to the government.

His submission, though incisive was described as a tip of what to expect at the annual lecture of the WBF.

Nigeria is 4th most miserable

Commenting on the misery index in Nigeria, Emokpai said Nigeria fared abysmally in all the misery index parameters and was the fourth most miserable country in Africa in 2021 from available statistics.

Nigeria according to him is only better than Sudan, Zimbabwe, and Angola.

He said, “the high misery indices of Sudan, Zimbabwe and Angola are understandable. Sudan was for many years wrecked by civil strife, Zimbabwe is yet to recover from the atrocities of the Robert Mugabe era while Angola’s oil wealth has been plundered by its successive leaders.

The reasons for Nigeria’s high misery index are obvious.

“The Buhari’s economic policies are delivering pains for the majority. Since he assumed office in 2015, the country has witnessed two recessions. In 2020, Nigeria recorded negative growth of -1.8 percent. It was -1.6 percent in 2016. For a country of about 211 million struggling with a GDP of $432.29 billion (2020), this translates to mass deprivation.”

He recalled however that in 1981, Nigeria recorded the lowest misery index of 7.53% indicating that about 92% of the citizens were happy.

“The index level later increased at an increasing rate from 1982 to 1984 until it increased at a decreasing rate in 1985. The year 1995 saw the misery index at its highest point of 96.43% showing that only 4% of the citizens were happy (during the Sani Abacha regime).

“In 1999, the misery index level of Nigeria was down (perhaps because of our transition to democracy).  It remained relatively so until 2017 when the country recorded an upward misery index value of 67.09%. Since then, Nigeria has unbearably been battling with high misery indices and the resultant mass poverty up till now.”

The WBF chairman linked the misery index to unemployment and the high poverty rate in Nigeria.

Quoting world bank statistics, Emokpai stated that close to 80 million Nigerians are living in poverty with the larger percentage in the North.

Over 44 percent of the states in Nigeria according to him “have a poverty ratio of over 50 percent. By implication, over half of the population in 16 of the 35 states and the FCT live in poverty. The survey excluded Borno State, as some parts of the state were not safe to visit.”

He noted that the extreme poverty in the north cannot be divorced from the insurgency which according to him has displaced over 2.7 million people who are mostly farmers.

Apart from lack of education and over-dependence on the government to do all things, Emokpai stated that poor infrastructure and poor health delivery system are also factors causing poverty in the country.

He took time to paint the gory security crisis in the country. He described the problem as multi-dimensional. According to him, they are caused by activities of Boko haram, bandits, kidnappers, and armed robbers.

Quoting a research firm he said in the first half of 2021, Niger State recorded the highest number of persons abducted, with 643 victims in 28 kidnap incidents while 58 people were killed during the abductions.

“The government should understand that poverty is a structural problem and that there is a need for synergy between the social and economic sub-systems to achieve real changes. Private sector partnership, as well as coordination between the national and subnational governments, can also help to improve the poverty outlook.”

He counseled that poverty reduction strategies should be developed to have a state and regional outlook.

“This would improve effectiveness and ensure that proposed solutions meet specific local needs. Other necessary longer-term pro-poor policy priorities include using macroeconomic levers to speed Nigeria’s structural economic transformation and the creation of wage jobs; boosting productivity in farm and non-farm household enterprises, for example through investments in human capital; and investing in bedrock infrastructure for inclusive growth.”

He also advised that government should strengthen the private sector to provide jobs for the jobless.

On corruption, he said Nigeria has been battling the menace since the post-independence era. He brought to the fore statistics that indicted statesmen like Nnamdi Azikwe, Chief Obafemi Awolowo, and many other notable Nigerians in the past on corruption.

He explained that the causes of corruption lie in part in political and cultural reasons.

“Ineffective law enforcement may further promote it. It is striking that it is regularly lower in democratically governed countries. Similarly, higher corruption occurs predominantly in low-income countries. In Nigeria, per capita income is 2,100 US $ annually, which is extremely low by global standards. The cost of living is well below the global average, indicating massive socioeconomic problems.” he said.

Quoting UNICEF the United Nation’s data, Emokpai said, “In the year 2022 life expectancy in Nigeria is 55.44 years while those of Egypt and South Africa are 72.38 and 64.83 respectively. This indicates that Egyptians and South Africans live about 17 and 9 years respectively longer than their Nigerian counterparts.”

On way forward, Emokpai said, “government should explore innovative ways of addressing healthcare delivery in the country, in a manner that focuses on the partnership between states, the private sector, and the huge talent of Nigerian health professionals in the diaspora.”

He also advised Nigeria’s leadership to start building the kind of hospitals they see in Dubai and London.

This according to him will save Nigeria huge foreign exchange because Nigerians can now be assured of an adequate health delivery system in their country.

Here is a link to the entire paper: PRESS CONFERENCE WBF DISTRIBUTION