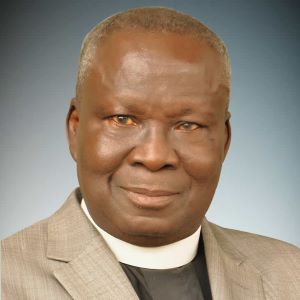 The Vice President of The Apostolic Church Nigeria (TACN), Pastor Dr. Emmanuel Segun Awojide has warned Christians to beware of those he described as hirelings in the body of Christ.

The cleric also told Ministers at the conference to do self-searching and purge their hearts while rendering service to God.

Awojide said, “Those who oppress and oppose, threaten, curse, force to extort the church members are hirelings and not part of the Ministers of our God.”

The conference with the theme ” Ministers of our God” (Isaiah 61:6) heralded the  Lagos Western and Northern Areas (LAWNA) Territory’s 46th Annual International Convention which begins this Saturday, August 6.

Pastor Awojide who is also the LAWNA Territorial Chairman and Convener of the Convention, told the Ministers “this conference calls for self-searching, heart purge, self X-ray for a self-identification so that each one will know which camp he falls — the Ministers of our God or the Ministers of Satan the adversary”.

Being servants of God according to him “carries the greatest honour above all others who are ministers of the earthly kingdom or empire.

“To be called His Ministers is all-demanding and requires that we carry the required attributes of God as two cannot walk together except they are in an agreement,” he added.

He said anyone who is worthy to be addressed as God’s servant must carry the divine image and reflect Jesus’ image in every aspect of their lives.

The LAWNA chair pleaded with the ministers to be Godly, loving, righteous, and faithful.

These traits according to him will qualify them “as servants of righteousness while executing the ministry of Jesus Christ in teaching, preaching and healing.

“This pattern and order must be followed by Ministers of our God,” he said.

Awojide charged them to be steadfast in evangelism, Church planting, soul seeking, and winning, doing it willingly and sacrificially, while “feeding the sheep and not feeding on the sheep.”

The conference attracted over five thousand Pastors in various categories from across Nigeria.

The seven-day long 46th LAWNA Annual International Convention which begins this Saturday with the theme, “Remove not the ancient landmark” ( Proverbs 22:28) coincides with the 50th Golden Jubilee celebration of the existence of the Territory.

The Apostolic Church Nigeria was founded in 1918 as Precious Stone/Diamond society.

It is the foremost Pentecostal Church in Nigeria. LAWNA Territory, the largest in TACN was established in 1972.

“Why couples need to cultivate the habit of...