At 20, his father, a military man drove him out of the house. His offense? He was too dull. His performance in school was embarrassingly poor.

But rather than despair, Prophet Austin Moses, the man who saw the war in Ukraine as far back as 2009 forged ahead in life.

He became so many things to make ends meet. He was a cobbler, a bus conductor, a waiter in different hotels. Moses also worked on construction sites too. But he never became a criminal. In fact, he turned out to be a successful businessman. 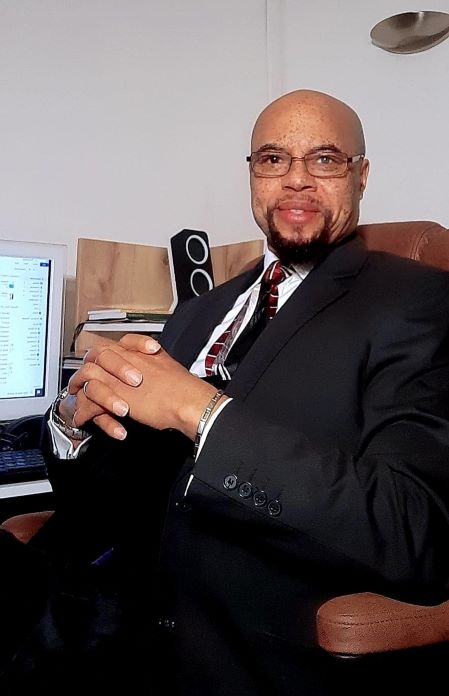 Things however took a dramatic turn when he encountered the Holy Spirit in 1988. That encounter turned his life around. In one of the series of revelations, God put three eggs in his mouth and they were cooked after some time.

In that encounter, the  Lord said he had put his word in his mouth like that of Jeremiah.”I also saw that I was carrying a heavy cross on my left shoulder. A woman stopped me and said while I was passing she got healed of sickness.”

The woman according to him requested his address in the vision; so she could always come back if she had any problem. He told the woman he had no fixed address. But that she should call the name of Jesus whenever she has any challenges.”

Prophet Moses woke up from that divine encounter a different man. But he never wanted to go full-time into God’s work.

He was already established in business doing some buying and selling.  At a point, he was importing some cosmetic products from the US. With time it dawned on him that there was nowhere to run to other than do God’s work.

He left Nigeria for the United Kingdom in 1997 where he continued his prophetic ministry. He started Manasseh Christian Centre and has since remained the Senior Pastor of the church operating in the prophetic office.

The prophecy for Ukraine

As far back as 2009 God had shown him the war in Ukraine. He had prophesied about it at Pastor Sunday Adelaja’s Embassy of God Church in Ukraine.

He had also taken a step further to call on the Ukrainian government to declare three-day fasting and prayers for the country. But nothing was done.

Incidentally, it was the prophetic message that brought him close to Pastor Adelaja.

A Nigerian from Edo State; Prophet Moses is currently based in Manchester. For him, however, prophecy and miracles are not what should be glorified, rather the life of Christ. I try as much as possible not to glorify prophecy than God. I try not to magnify miracles either.” he told Church Times in an interview.

Before the message to Ukraine, he had given a personal message to Pastor Adelaja on how he would face persecution. He also told him in a telephone conversation that the authorities of Ukraine were coming after him and that his passport would be seized.

24 hours after, the Ukrainian authority came for Adelaja. They seized his passport. It became impossible for him to travel out of the country.

Moses said it was that incident that prompted Adelaja to invite him to Ukraine and also gave him the opportunity to preach at a vigil programme and a Sunday service. It was while preaching at the Sunday service that he began to relay the message of God to Ukrainians.

He said the country was going to be invaded and that there would be war. He was to later reveal to Adelaja that Russia would invade the country.

In the video clip which showed he was prophesying at the Embassy of God’s Church, Moses said, “I saw bomb blast all over the place. I saw this country Ukraine in a war with another country. We better start praying. God is sending a warning now. God said, tell my country Ukraine to repent from their ways of sin. This is the voice of God. And as I am giving this message today, it is being written down in heaven. I am fulfilling the work of my father.”

After relaying the message, he got in contact with the Ukrainian government through Pastor Adelaja. He informed them about the coming war. He asked them to declare days of fasting and prayer to avert the war.

But there was no positive response from the government. In 2014 however, Ukraine suffered the first external aggression. It was a minor one. When that happened, Pastor Adelaja requested that he should come back to Ukraine.

Based on divine instruction, God told him to tell the church to hold three days of praise. “It was after they did that the war ceased in 2014.”

But the sleep of Ukrainians was again roused in February 2022. Moses said he was not sure of the disposition of the people to the prophecy.  He said however that Pastor Adelaja believed him and had instructed his church members not to take the prophecy lightly.

On Adelaja he says, “We have been talking. He is my personal friend. He shared the video of the Prophecy on his wall.”

Only one term for Jonathan and Buhari

Prophet Moses who has preached in about 29 countries said God called him to the nations adding however that it is not in his nature to make noise.

He said God had led him to many other nations of the world including past and present presidents of Nigeria. He said the Lord had told him that former President Goodluck Jonathan was only to serve for one term according to God’s plan.

President Mohammadu Buhari also had only been permitted to rule for one term according to him. He said Buhari’s continuous stay in power is not the will of God.

“Before Buhari came the Lord said his tenure is just one term. When he was to contest for the second term, God said he was done with him. But he still won the election. That does not mean God was lying.

God rejected Saul but was still on the throne

“God instructed Samuel to anoint Saul as king. Saul started misbehaving and God left him and he anointed David. But David did not ascend the throne immediately.

“In the eyes of God, Saul was no longer the king. That a leader is in the seat of power does not mean God is with the leader. Many prophets are relevant in the eyes of men. But God is through with them.”

Moses said, prophets are not the only ones guilty of delivering fake prophecies. “Bishops and pastors also prophelie.”

He added however that “people who seek God will find Him. But when you seek man you will find man.”

He believes many Christians are the ones empowering false prophets. “A genuine Christian who is actually seeking God will find God.” 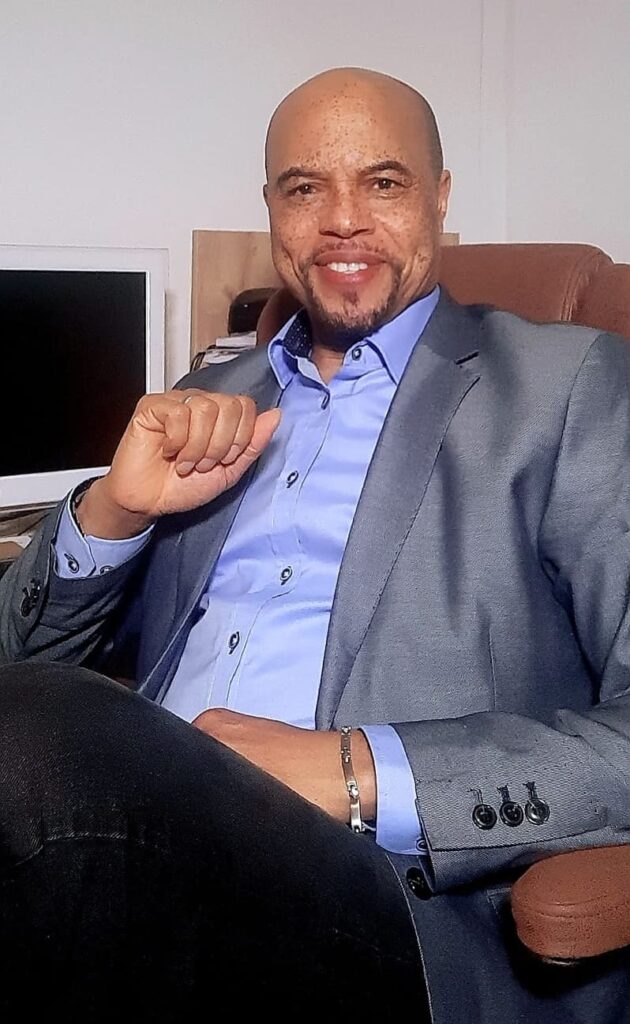 Moses counseled that Pastors must begin to teach people time and season. “There is time for everything. What God wants to give you in 10 years if you like fast and pray for one year, he won’t give you until that time.

“Most of the gospel in Africa has taken people’s eyes away from times and season. For example, somebody who refuses to learn a trade and has no skill is busy believing God for one fathom breakthrough. Things don’t work that way,” he said.

On Pastor Adelaja’s style of attacking African pastors, he said, “ The way I will tackle an issue is not the way another will address the issue. What I am against is this lazy mindset of the average African who wants to use God.

He said also that the gift of a man will make way for him but it is the character of the man that will sustain the blessings.

Still, on Ukraine, he said what is left for Ukraine is to pray for mercy. “ God not shown me anything concerning Ukraine since the war started. We can only continue to plead his mercy” he said.

Recalling cases of cancer and terminal diseases that God healed in his ministry Moses said, “people should learn how to obey divine instruction. Maybe if the govt of Ukraine had done what they should, Putin would not be there by now. There is a reason for every divine instruction.”

Something is wrong if you don’t hear from God

Moses who claimed he had lectured in Bible schools of the Embassy of God Church in some countries in Europe said “There is nothing wrong in God sending a prophet to you but there is something wrong if God is not speaking to you.  As a Christian, you must make sure you have direct contact with your father”

He confessed that he has not been following the politics of Ukraine and Russia. He however opined that Russia does not want to leave Ukraine. “God told me of a coming holy ghost revival in Ukraine. Unfortunately, the devil wants to create chaos ahead of that time.”

Adelaja right to have escaped 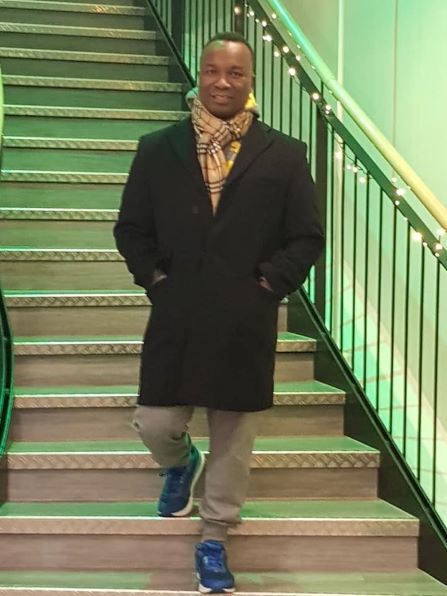 Prophet Moses frowned at suggestions that Pastor Adelaja should have stayed back in Ukraine instead of running away.

“We need to get things right. Pastor Sunday Adelaja did not create those people he was pastoring. God just gave them to him.  When Jesus was born, Herod sought to kill him. But God instructed Joseph to run away and hide the baby in Egypt.

“God can tell us to move. Look at me I was in London for 16 years and God asked me to move and I had to move. There are many church leaders whose time had expired but they still remain adamant in a location.

“It is the country that determines how long an ambassador stays in a place. Grace can disappear. God told Elijah to go to the brook that he had provided a raven to feed him. But the time came that the supply seized and God commanded a widow to feed him.

“Many Christians’ brook is dry. But they need to seek the mind of God on what next to do. The fact that God took you there does not mean because you are on His agenda you must die there. If Jesus could escape who are we not to run for protection”

THEOLOGY OF ENOCH ADEJARE ADEBOYE: A REVIEW BY Pastor Prof. A. M. Aduradola