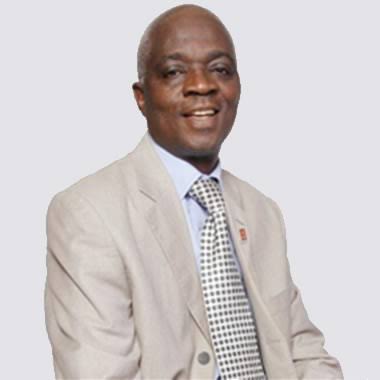 Mr.Gabriel Agboola Adeniji is the principal consultant of Adeniji Agboola and Company, an auditing and financial advisory firm consulting for a number of companies and organizations at NO.58 A Kudirat Abiola Way, Lagos.  He is a Business Administration graduate of the University of Ilorin, enhanced by a master’s degree in Management from the University of Nigeria,  Nsukka. A Fellow Member of the Institute of Chartered Accountants of Nigeria, Adeniji started his working carrier with Dolu Consultants, a Firm of Management Consultants before joining Ojo Alao & Co., a Firm of Chartered Accountants for his Articleship. He later joined Tell Communications Ltd. (Publishers of Tell Magazine) in 1994 as the Head of Internal Audit, and rose to the post of Chief Internal Auditor before he resigned to establish Adeniji Agboola & Company in January 2002 where he has since garnered vast experience in personnel and financial management. In this chat with BANJI AJIBOYE, Mr. Adeniji took Church Times Nigeria through the childhood, parental and educational background of his life. Below are excerpts from the encounter

Could you drive us back a little into your background?

My parents, Pa Michael Adeniji and Mrs Abigail Ajayi Adeniji gave birth to me some 56 years ago in Odo-Owa Town, Oke- Ero Local Government of Kwara State. I did my primary education between 1968 and 1975 in segments from one town and state to the other.

How do you mean?

Thank you. I started Primary One at Saint Thomas Catholic Primary School, Odo- Owa by accident when a female teacher spotted me on one of my wandering trips around the school, grabbed me and ensured that I started schooling that day. But before long, precisely in 1969, my father had to leave our home town in pursuit of large scale cash crop (cocoa) farming in Oko Ikoyi, a suburb of Ikole Ekiti (which was then in the Western Region), now in Ekiti State. He insisted on taking me along with him which meant I had to withdraw from school and go with him. To cut the long story short, some serious communal clashes erupted between Ikoyi and Igbemo cmmunities. My father’s cocoa plantation was unfortunately on the Ikoyi divide of the contested of land area. So, the strife affected us directly. In one of the incidents, I was almost consumed. For safety, my father decided to relocate to Irun Akoko also in the then Western Region but now in Ondo State. Another life-threatening crisis burst out in Irun such that we also escaped death by the whiskers. I don’t know to date, how I managed to survive. I believe it is strictly God’s will that I am telling the story today. After the Irun ugly encounter, my father felt he was done with all the threat to our lives. So, he made up his mind to abandon the entire cocoa plantation and head back home. He never visited the plantation again.

All the while, the story has been running around you and your father; where was your mother at that time?

My father and mother had quarreled and parted ways while I was much younger. So she had left me and my two senior siblings. Anyway, I am currently putting a book together on the story of my life wherein I will present all the details very soon. As I was saying, one thing led to the other that forced us back to our home town, Odo-Owa in 1973 or so. The home coming now presented me the opportunity to continue my schooling which had been truncated at Primary One. So, on the day I was to restart schooling, I decided to change to St. Joseph’s CAC Primary School. Meanwhile, I was supposed to now be in Primary Two but I decided to promote myself to Primary Three having noticed that all my contemporaries I left back home while I traveled were already in Primary Three. Surprisingly, I think by divine intervention, nobody, not even the strict school administrators and teachers we had then discovered my self-promotion. So, I had my way undisturbed and I was getting on quite well with my academics till I sat and passed the Common Entrance Examination and gained admission into Esie/Iludun Grammar School in 1977. When I showed my admission letter to my father with all the excitement and enthusiasm, he simply sat me down and told me that he was already aging and so, could not foot the bill to see me through secondary education. In essence, it meant that my hope of acquiring more than primary school education had become bleak. At this juncture, God intervened again and my elder sister had gotten married and was with her husband in Ilorin (but now of blessed memory), vowed that no matter the circumstances, I must be well educated. So, I was now in her care helping her sell pufpuf in Ilorin until she connected me with management of an eatery outfit which employed me to pack plates and bottles at N30.00 per month. So it was from my first pay for the job that I was able to pay my acceptance fee of N20.00 while I used the remaining N10.00 to buy some required necessities on the admission letter while my sister bought all other materials needed even including the school fee.
While I was in form one, a maternal uncle of mine who was doing his youth service after graduating from Unilag, told me to withdraw from Esie/ Iludun Grammar School and took me to Ajowa Grammar School in Ondo State. Again, I did only one year there and went back to Kwara State to do my Form Two to Five at Oyelagbanwo Grammar School where I wrote my WASCE and came out with a good result but with a P7 in Physics in 1983
With the result, I gained admission into the University of Ilorin to study Agricultural Engineering but at the point of registration I was told I could not do the course because I made just a P7 in Physics which is core to Engineering. So, I was advised to change to Business Administration. It was in the course of my study that got so fascinated that I made up my mind to be an accountant. After my graduation in 1987, I proceeded for youth service in Benue State and completed it in 1988 after which headed for Lagos in search of job. Luckily, I got a job with one Dolu and Co. Accounting firm somewhere in Daleko, a suburb of Mushing in Lagos. I had just a brief stay there before I moved to Ojo Alao & Co under one Mr. Also who was quite brotherly, friendly and understanding with us his employees. I worked with him for some years before I got another job with one Jeff Finance, now defunct. I moved on to Tell Magazine as Internal Auditor in 1994 and later became the Company Accountant.
On January 1, Year 2000, by God’s grace I started my own firm– this one called Adeniji Agboola & Co.and by the special grace of God, it has been success story ever since then.

What have been the challenges and prospects of the career given your experience so far?

On the challenge side, the most disturbing is the issue of quackery. There are so many quacks in this profession of ours. They go about debasing the profession such that one feels ashamed often times when you come across them (quacks) and see the kind of damage they cause the profession. There are so many checks in place to curtail their activities, but as you know, the Nigerian factor is ever there to contend with.
Another challenge is that Nigerians generally place very little value on financial consulting. Very few firms in Nigeria believe in the need for financial consultancy. Hence, they grossly underprice you when engaging you.
Also, it is a very difficult task playing the middle man role between the government tax collectors and the tax-paying companies. The latter being our usual client will always suspect us as helping government to charge them heavily while the government will accuse us of shielding the companies and helping them to evade tax. You can imagine the dilemma of a typical financial consultant in this circumstance.
Another challenge to contend with is the situation wherein some of us find ourselves becoming training ground for bigger firms after deploying our resources to train staff and upgrade them with updated skills, facilities and technology only to be snatched by those mega companies.
It is also very challenging, in fact, very excruciating to get consulting jobs for government in this country. You must be extremely lucky or highly connected.
On the prospect side, however, I can tell you that if you truly are a qualified accountant, after the initial struggle, you can never go hungry again in life. Mark you, though you may not be super rich, counting millions but you will at least be sure of basic comfort of life. There are so many avenues of making genuine, clean, honest money without going against the laws of God and the nation and without compromising your professional oath and integrity. For example, you can organise training in the form of workshops, retreats and so on. Advertise it and peg a fee affordable to prospective target-participant and equip the training with tested competent resource persons backed up with up- to-date facilities. People will subscribe and are most likely to break even and make appreciable gains. Despite the many challenges, the profession is very rewarding and fulfilling.
Another benefit of this profession is that it challenges your intellect to the fullest. No dull moment. It exposes you to vast experience forces you to be resilient, versatile and resourceful.

Will you say you are fulfilled as an accounting professional so far?

By the very special grace of God, I can confidently say that I am a fulfilled professional accountant today. What else, I pick my domestic bills with relative ease, God has been kind to us, giving us the grace live in our own house. We thank God so far.

Given your sense of fulfilment after all the harrowing experiences earlier in life, have you engaged yourself in any give-back-to the- society venture?

To God’s glory, there is an extension of Adeniji Agboola firm that trains aspiring accountants within the premises of Golden Triangle College, off Kola Bus Stop along Lagos-Abeokuta Expressway. This training institute had been for over three years now. We have been paying resource personnel to teach people and the techniques of modern accounting to help the young students get qualified and become employable anywhere in the world. The kind of fee we charge is too low to find anywhere else and this is deliberate in order to make training accessible to as many people as possible to enhance better future for them.

What is your advice to the youth?

My advice for them is that they should get it sunk into their heart that there is no short cut to success in life. They must first of all, hinge their entire living to the grace of God and allow Him to take total control. Then, every youth must have dream of what to become in life. Stay focused in the pursuit of that dream with determination, hard work and most importantly, fervent faith in God that the dream is realisable. Surely, it must come to pass. 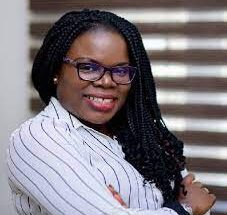 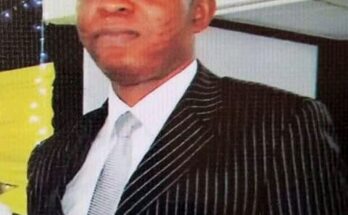