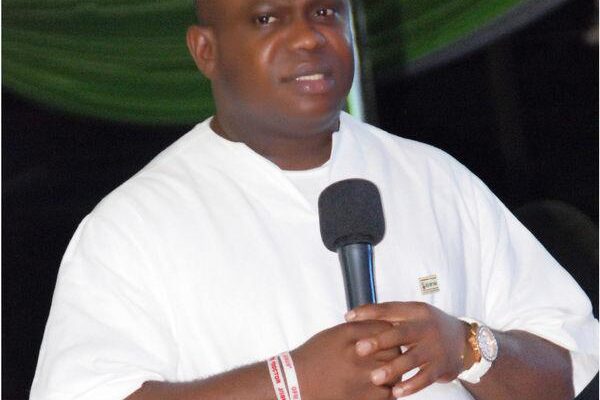 If you don’t know Apostle Chibuzor Chinyere of Omega Power Ministry, Port Harcourt, Nigeria, then you probably have not been following the news. He is the quintessential apostle of welfare.

He is not your conventional general overseer. No airs around him. He perhaps does not belong to the first 10 pastors in the Pentecostal circle. Yet, he has been at the vanguard of an unprecedented welfare programme in the country.

Even at that his voice still seems subdued. The average church person don’t  know him. Since the inception of the church in 2006 Apostle Chinyere has demonstrated that  material wealth is not what any man should hoard to himself.

He has taken advantage of his leadership position to extend love and impact lives. While many of the leading churches don’t make welfare of members  a priority, Chibuzor Chinyere has made it a priority.

The care of indigent folks in his church and even those outside his church are his concern. He chose to be different. He is often heard saying the tithe and offering are for the people

Some may see him as a show man. But this man has only shamed leaders who worship mammon.  He has demonstrated over the years that the church should truly live according to its billing as a charity organization. 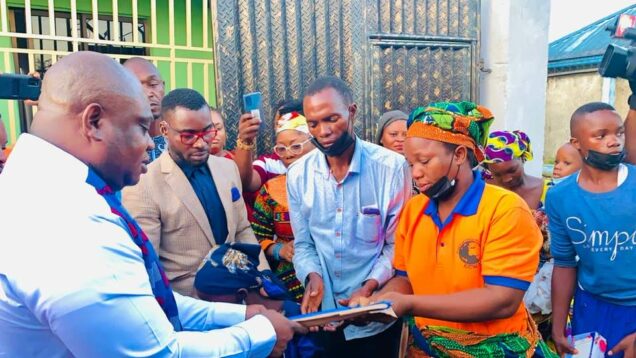 Ironically, not only members of his church benefit from his large heart.

Recently, Deborah Emmanuel Yakubu was hounded down in Sokoto by blood thirsty religious zealots for alleged blasphemy. Many condemned the act asking for justice.  But Apostle Chibuzor would rather lend a helping hand to the poor family of Deborah.

He had read where the father of Deborah said he sold everything to send his daughter to school and now she has been killed. The immediate reaction of the Port Harcourt based Apostle was to offer to give scholarship to the siblings of late Deborah and give accommodation to her parents.

On Tuesday May 24, Apostle Chinyere made good his promise. A viral video shows how he handed over the keys of a mini-estate to the family of Deborah. It is an estate of 14 flats. Deborah’s father has become an overnight landlord. He will be collecting  rents from the flats and use it to live.

That is charity at its zenith.  The family of the late Deborah worships at the Evangelical Church Winning All. But this man has extended love to the family. He has shown that love is action not words.

But then, from available records, Apostle Chinyere is not just grandstanding. As noted earlier, he has been heavy on welfare programme for years. He has many schools that are run for free. He has hospitals where patients don’t pay bills. The Omega Power Ministry also has technical schools where people learn various trades. The church has a soup kitchen where people are fed free; all in Port Harcourt.

The state of welfare system in churches

The welfare programme of OPM is unprecedented. Apostle Chibuzor has only shown the possibilities in the Church .

Unfortunately over the years many of our leading pastors have made it look as if its difficult for the church to embark on such project.  Schools in many of these churches are simply not affordable. Pastors in these churches can’t even send their children to these schools

Yet, those schools were built with the tithe and offerings of the people. Beyond the high fee paying schools, Many of the local churches attached to these big churches are being stifled. The branch pastors are put under undue pressure to raise funds and send to centre.

It is so bad that by the time some of the local churches are through with remitting money, they are left with nothing to run the church. They still fall back on hapless members to carry out welfare programmes.

Some of the local churches can’t afford to support events as little as naming ceremonies of members. Some chapters of the big churches are so impoverished that they can’t help members with genuine needs. The headquarter churches have turned their branches to ATM centers. They are only interested in the money coming from the branches and nothing more.

And you ask where this money goes, they tell you it’s evangelism. Pray, who should be funded for evangelism if not the local churches? The irony is that many of the pastors have bought into the narrative and they see nothing wrong because they are also bidding for their time.

They believe one day they too will be sectional heads. And somehow, they will be entitled to the largess of those who are in that office.

The Big Churches also heavy on charity but…

But this is not to say the big churches are not doing anything. There are myriad of charity programmes being carried out by them which really don’t get mentioned in the media space. The problem is some of their social interventions are too elitist. Some are not addressing the critical needs of the people.

While  many churches  are perceived to have  failed on welfare, it is important to state that it is not failure in that sense. The problem with some of the well established churches is administrative bottlenecks.

They set out to impact lives, but some folks in the chain of the programmes are busy frustrating their plans. There have been cases where church funds are diverted to personal use by some members. This is all a consequence of too much money at the centre.

The church can make more impact

There is no doubt however that the church can make more impact. Today’s church can become the church of the Acts of Apostles where nobody lacked.

Unfortunately many of the top churches are not seen to be empowering their members. Rather their  foot soldiers are busy destroying members businesses. On their convention days some of these churches can’t even afford to give free space for members to sell their goods.

A sister once told this writer she was asked to pay a sum of N50k as rent for a small space to sell snacks during her church’s convention. The programme only holds for three days or thereabout. Is this not sickening?  Who is really behind all these atrocious levies?

And yet, we raise our voices condemning government for misrule. Why won’t government misbehave when they know that the church is doing the same thing they are being accused of.

What will it cost the big churches to have housing estates of which people can rent at a reasonable price?  Let’s agree that it’s pretty expensive to run tertiary schools. Why can’t churches make their primary schools free? Why can’t we just make something free for the people.

Apostle Chibuzor has demonstrated that it is possible. The king of Oke-Ila in Osun State, Nigeria, Oba Adedokun Omoniyi Abolarin, has also since towed this line. He built a free school for students in Osun State. He also teaches in the school.

So the big churches really don’t have excuse.  They should take cue from these people and have a rethink. Is it not pathetic that some churches throw out widows from their accommodation after their husbands’ death? No sympathy.

If a church carries offering bags around at every given service, why is it difficult to render basic assistance to people within the system? It is true there are members who take advantage of these gestures, but even at that, the church should be seen to be doing something to empower its members. The big churches can afford to sponsor business ideas of members they know are viable and help them to grow.

The truth is that no good deed is lost. The more the churches are a blessing to their members the more money that will come to them. Though some will not care, but there are many others that will love to give back to the system.

But then, it is pertinent to state that the works of charity are in themselves a fallout of our lifestyle as believers. They may attract people to the Lord and they may not. The Christian has a responsibility to make the gospel message clear to all who care to listen. While we continue to show love to people we must make those who want Jesus, the bread of life our priority. 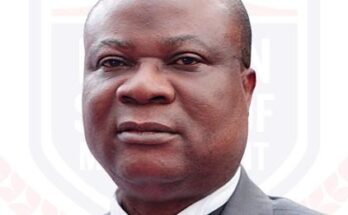 One Comment on “Apostle Chibuzor Chinyere, Nigerian church and the welfare question”