Trending Now
A “widow’s” lamentation and lessons for RCCG, others...
God’s word: A case for non-English speakers in...
Adeboye: Some women consider it privilege to sleep...
Despite challenges, God has been good to Nigerians...
Writers save lives, solve problems says Omotosho @...
Prince Harry’s book that hit 1.2m sales in...
Ex-Apola king, Idowu Animasawun celebrates 85th birthday with missions...
Nigeria can’t make progress if the Church is...
Peter Obi: I have not promised I will...
2023 elections and the imperative of divine timing
Home Features Is blasphemy punishable by death in Christendom? 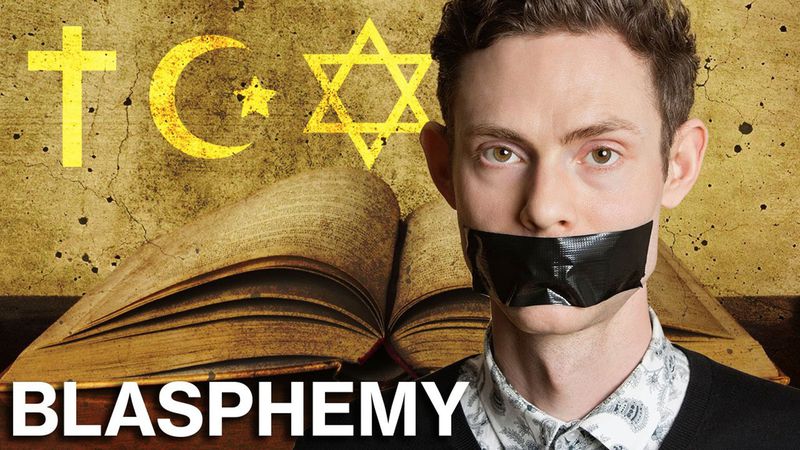 Is blasphemy punishable by death in Christendom?

The term “blasphemy” as defined in some religions or religion-based laws, is an insult that shows contempt, disrespect, or lack of reverence concerning a deity, a sacred object, or something considered inviolable  Hence, some religions consider blasphemy to be a religious crime.
Recently, a student of Shehu Shagari College Education, Sokoto, was stoned and burnt to death for allegedly “making blasphemous” comments against Prophet Muhammad (SAW). This followed an outburst by Nigerians who found her death unjustifiable and inhumane, leading to several arguments on social media between Christians and Muslims.
As a keen observer, you will notice that in all of these arguments, there seems to be little or no attention to what the Bible says about blasphemy and its implications, which formed the basis for this expository.
Biblical perspective of blasphemy According to Baker’s Bible Dictionary, the biblical concept is very different. There is no Hebrew word equivalent to the English word “blasphemy,” and the Greek root blasphem- [blasfhmevw], which is used fifty-five (55) times in the New Testament, has a range of meanings.
In both Testaments, the idea of blasphemy as something that offends the religious sensibilities of others is completely absent. A seventeenth-century Scottish jurist epitomised blasphemy by calling it “treason against God.”
The concept of blasphemy has never remained fixed. It has ranged from the ancient Hebrew crime of cursing the ineffable name of God to irreverent statements that outrage the religious sensibilities of others. What is deemed blasphemous varies from society to society and may differ with time and place, but whatever is condemned as blasphemy is always regarded as an abuse of liberty and reveals what society cannot and will not tolerate.
Christendom’s concept of blasphemy derived from the Mosaic injunction of Exodus 22:28, which declares, “You shall not revile God”. It will interest you to note that the precedent for punishing blasphemy as a crime can be found in Leviticus 24:16, where one who cursed the name of the Lord was put to death by stoning.
None of the Old Testament references to the commission of blasphemy quotes the actual crime for fear of repeating it, according to an unsolicited report. The Hebrew scriptures distinguished blasphemy from other offenses against religion, in contrast to the Septuagint (Old Testament). Where, for example, Greek usage showed a preference for blasphemy and used that term somewhat loosely, the Hebrew scriptures referred more precisely to “idolatry” or “sacrilege,” as in Isaiah 66:3, or sometimes to “speaking anything against God”, as in Daniel 3:29.
On the other hand, the term for “blasphemy” in the Hebrew scriptures is linqov, which means “to specify, enunciate, or pronounce distinctly”; but Leviticus 24:10–23 uses it in conjunction with qillel, which means “curse”. The word also connotes “to pierce [the name of God], rail, repudiate, derogate, speak disrespectfully, denounce, insult, and abuse”.
The blasphemy of Rab-Shakeh in 2 Kings 18–19 shows the offense to mean speaking disrespectfully of God, doubting his powers, and comparing him to idols. However, only cursing the personal name of the Lord merited the death penalty; for a lesser blasphemy, the punishment was probably ex-communication.
To curse was a far more serious offense than in our time. “God damn,” a familiar curse, is today mere profanity; in the biblical sense, to curse meant uttering an imprecation in the name of God for the purpose of calling upon his power to perform an evil deed.
Although the Septuagint tends to use blasphemy as a broad term for any offenses against religion, with the exception of Ben Sira 3:16 no Greek-Jewish text uses the word or any form of it that is not God-centred. Only God can be blasphemed in Jewish thought.
And nowhere in Old Testament or Greek-Jewish sacred books is blasphemy a synonym for heresy. Indeed, no equivalent for the concept of heresy exists in the pre-Christian era. Christianity, though greatly influenced by Greek-Jewish texts, would use the two terms blasphemy and heresy as equivalents and as more than a God-centred offense.
Not until Christianity began did the meaning of blasphemy change. Conclusion Having highlighted the Biblical injunction of what blasphemy means, it is pertinent to know that the term blasphemy is an ancient treasonable felony in Christianity, but the law is no longer relevant today.
The transition to grace through the sacrificial death of Christ has reconceptualised the ancient practice to what we have today as “Charis”, that is, a given name derived from a Greek word meaning “grace, kindness, and life” (Ephesians 2:15). That means it is unscriptural for a believer (Christian in this stance) to stone a blasphemer as rightly stated by the Mosaic law, hence, it is an aberration of the teachings and gospel of Christ

Arogbolo is a peace ambassador and solution journalist. He writes in from Lagos

What single women can do now that husbands are scarce