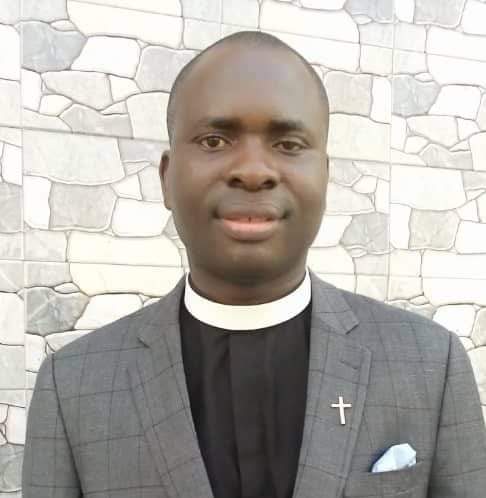 MY TESTIMONY: HE DELIVERED AND HONOURED ME. The Venerable Philip A. Akinwande

People of God, praise God for and with me, He truly delivered and Honoured me today.

Since I was going to moderate the programme, I left home by 1pm to beat the traffic to the venue of Day 19 of the ongoing 21 Days Fasting and Prayer programme organized by Anglican Diocese of Lagos – The Memorial!

The venue today was first Church in Lagos – Holy Trinity Anglican Church, Ebute Ero. The programme went well and Immediately after the programme, I set out to go back home. Just as I got into the car around 7:37pm, my wife called to check on me and I told her that I was about to leave the Island, thereafter, I moved.

As I negotiated left at Adeniji Adele junction, (Oyebanji), I saw two men looking wretched and helpless standing on the bridge amongst others, on a good day, I wouldn’t wait on that bridge, I served on the Island and I know that the place is not safe at all but somehow, I was led to give them money, I brought out my wallet, stepped on the break, waved at them, whine down the glass and stretched out my hand to give them money, hmnnn, that was the last thing I remembered!

Before I knew it, I suddenly met myself at Oyingbo still driving, I was wondering, how did I get here? Immediately, I picked my phone to call my wife and said to her, please pray with me because I was sensing danger in the spirit. Affirmatively, she assured me that I would be fine.

As soon as I finished speaking with my wife, I kept my phone in the car safe and made a U-turn at Oyingbo market heading home. Then I noticed two men sitting at the back of the car through the inner mirror. They turned to be the two men I was trying to help. I parked, unfastened the sit bet, turned back and confidently asked “what are you both doing in my car?.

To my greatest surprise, the man stretched his hand to slap me but I was able to dodge it, then the other guy said “Ohhh, this mumu man ti jase yi shaaa”(meaning this man has spoilt our work/show).

Without wasting time, they opened the door and got down from the car. My heart was breathing fast, it was like I was in a dream land. I took courage to move on, I was shaking, hot and cold at the same time.

I negotiated under the bridge to link Idumota road, went through the traffic and as I got to Marina road, my phone rang with a strange number calling; I picked it and the man was crying and said, “please forgive me, I took your wallet but I’m not feeling fine right now, I feel like fire is burning within me, where are you?”

I asked, where did you get my phone number? From your complimentary card in the wallet. Whaoooo, within me I felt I was in for a serious show today. I wanted to tell him to leave me alone but I heard a voice “There shall be no loss”. At that time, I checked and noticed that my wallet was truly missing. I said to him, bring it to the front of the Church at CMS, I’ll be waiting for you. After about 15 minutes, he arrived and was begging and crying.

Honestly, I was scared of collecting the wallet but I summoned courage, opened the boot and told him to put it therein, closed the boot and remembered that I have two different tracts in the car, gave it to him and said to him, Jesus loves you, give your life to Jesus, He will save you completely. I told him read the tracts, then I prayed with him with my eyes wide opened and told him “go and sin no more”, then I left.

As I moved and negotiated at the Lagos government house in Marina, I noticed traffic along Bonny camp road, then I took left and climbed the bridge to link Osborne road via Lekki. As I got to Osborne road, my car stopped working on the high way. What is it again?

At this juncture, I was worried, frozen. I was the only one in the car. I bowed my head on the wheel and said, “Lord Jesus, please take your place and see me through”. I called my mechanic on phone since he resides on the Island. I’ll be with you in few minutes, he promised.

As I waited in the car, two guys came and asked me to whine down the glass, I refused and was speaking in tongues in the car. Few minutes later, a patrol van came from behind and was just going on it’s own, then the guys ran away. Then my mechanic arrived, checked the car, fixed it and I left the trouble zone. Till I got home, it was like a dream.

Dearly Beloved, Jesus Christ is real. He delivered and Honoured me. As you serve Him, He will deliver you too, I’m a living testimony!

Please praise the Lord on my behalf.

The Venerable Philip A. Akinwande