Trending Now
Adeboye: Some women consider it privilege to sleep...
Despite challenges, God has been good to Nigerians...
Writers save lives, solve problems says Omotosho @...
Prince Harry’s book that hit 1.2m sales in...
Ex-Apola king, Idowu Animasawun celebrates 85th birthday with missions...
Nigeria can’t make progress if the Church is...
Peter Obi: I have not promised I will...
2023 elections and the imperative of divine timing
RCCG announces Prof. Aboaba’s passage says “He is...
The Paternoster Code: Debunking the age-long misconceptions about...
Home Columnist Pastor Moses Adeeyo: Wife snatching, moral and ethical infraction 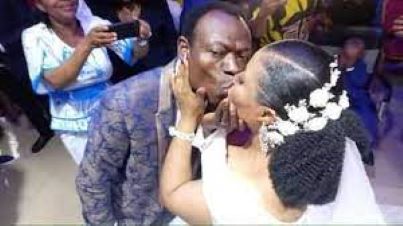 In what looks like an adultery scandal, the news went viral a couple of weeks ago about one Pastor Moses Adeeyo, General Overseer of Word Bank Assembly, Eneka, Obio/Akpor local council area of Rivers State, who was alleged to have “snatched” one Tina, from her husband who is a member of the church. The matter was made public by the aggrieved former husband of Tina, Bright Ben, through his Facebook account.

Interested and concerned parties in the case have been speaking except the accused clergy who is yet to respond to the allegation. Bright alleged that the Pastor, who had been settling disputes between him and his wife, harboured his wife for months until August 8, 2021, when he saw their wedding photographs on social media.

Bright also claimed that he had no quarrel with Tina before she absconded from their home. He then cried foul for losing his wife to his revered pastor. “It is a true-life story. My pastor married my wife. I have been married to Mrs. Tina Bright for over 12 years with two kids, a girl, and a boy,” he stated.

Tina, her mother, Mrs. Christiana Everest, and her younger sister, Elizabeth Okonkwo, were unanimous in debunking Bright’s allegation that Tina absconded from home, saying Pastor Adeeyo did not snatch his wife. In their separate statements, they alleged abuse and domestic violence all through the years the marriage lasted. While Tina claimed that for her, the marriage had been years in captivity, huge debts, fighting, threats to her life, neglect, hunger, and maltreatments.

Tina went ahead to exonerate her new husband, Pastor Adeeyo, from Bright’s allegation of snatching her from him. She said she left Bright on November 28, 2020, and not a recent happening as Bright was making the public believe.

While her mom claimed that Bright was not lawfully married to her daughter because he didn’t pay her bride price, Tina insisted that while she stayed outside Bright’s home, Pastor Adeeyo was not in the picture at all. But when and how she met and agreed to marry her pastor is still shrouded in mystery though her family stoutly supported her new marriage as evidenced in their presence at the wedding ceremony and according to their statements in the media.

Meanwhile, Adeeyo’s son has come out to say his dad is still legally married to his mom as they are yet to divorce. But what is glaring is that Adeeyo and his first wife are separated. Still, in all of these, the main player, Adeeyo is yet to speak on the matter.

In view of the issues presented, is the Pastor guilty of adultery or he’s wrong to have engaged in an unbecoming attitude of a pastor?

Pastor Adeeyo and Tina: My take 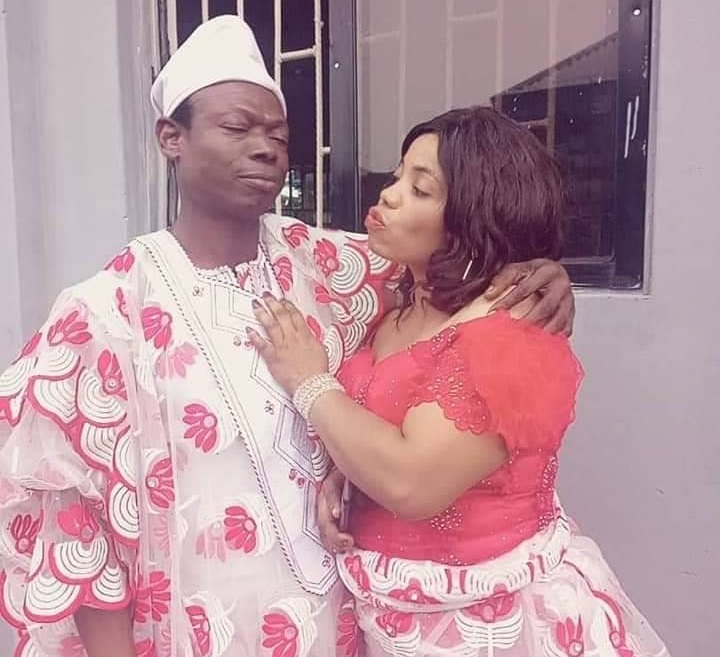 Had Adeeyo not been a Christian let alone a Pastor, it would have been a different matter. From the statement of Bright himself, it is obvious that the marriage was turbulent and abusive. For Tina to run for her dear life is in order. Traditionally, since he’s yet to pay the bride price, despite going to the registry, the marriage is illegal and non-existent.

That Adeeyo is yet to divorce his first wife before solemnizing another one makes him liable to bigamy which is an offense in Nigeria. Being a pastor to the estranged couple, it is morally wrong for him to marry Tina no matter how much he loves her. The Bible insists that men of God must be blameless (1 Timothy 3: 2). On account of that, Pastor Adeeyo’s marriage to Tina is not right as it has violated moral and ethical tenets of his calling as a servant of God.

The Mystery of Erectile Dysfunction

All through the weekend till now, I have been inundated with hundreds of emails and messages over the issue of erectile dysfunction. Not a few are suffering in silence as a result of weak erection and quick ejaculation problems.

Many respondents requested that I should prescribe food supplements that would help them regain their virility and be able to sustain erection for long. As much as I wish to volunteer such information or prescription, the need to do some background checks on the medical history of the concerned men is key. No matter how potent a drug or supplement is, it may not work on anyone that has a certain underlying health condition that has direct adverse effects on his sexual performance.

Take, for instance, high blood pressure is capable of rendering a man inactive in the bedroom regardless of aphrodisiacs the person may use. Ditto diabetic patients and those with acute or chronic stress conditions. These health conditions have a lot to do with the sufferers’ sexual performances. Unless the ailments are first treated and brought under control, using food supplements or any other aphrodisiac products would be of very little help or no help at all. Remember that sex enhancement pills are meant to facilitate blood streaming into the penile track to gain erection and sustainable turgidity throughout the time sexual activities would last.

The side effects of using sex enhancement pills to achieve satisfactory moments during sexual intimacy could be devastating and lethal. There had been reported cases of cardiac arrests, palpitations, and seizures in the course of sexual activities due to the reactions of sex drugs on men. Therefore, I declined to recommend food supplements to those requesting such unless I know their true health statuses.

Apart from the aforementioned, those battling with infections are many. The condition becomes worse when sexually transmitted infections, STIs, stay longer in the body or when the infections are not well treated. The infections will hide in the body system to further wreak havoc on the carrier. Prevention, they say, is better than cure. It is much safer to stay faithful to one’s partner than risk your health through philandering.

The third phase is that a weak erection could be hereditary. This has little or nothing to do with age or health condition. I’m not aware of any contradictory scientific proof to this opinion because there’s a possibility that just as high blood pressure (hypertension) and some blood diseases are hereditary, for those having erectile dysfunction in their genes, at a certain age, it would surface. It requires early attention and profound treatment to improve the situation in such men. Inability to sustain erection before and throughout sexual intimacy is a major cause of anxiety and loss of confidence in any man.

There are men who have never used sex enhancement drugs even in their 60s and 70s, yet, they are like “kick-and-start” engines, always on the standby for action. Such men have high libido and firm penile erection at close encounters with the opposite sex. Some of such men I discussed with revealed that it is in their genes.

“My late grandfather was an herbalist who was versed in the use of herbs. I knew him before he died 30 years ago and he personally prepared some herbs which were cooked as spices in soups and we licked the soups. He had tinctures and boiled herbs in mud pots that he gave to every male child in the family including my dad and his siblings.

I remember the old man saying none of you will experience “failure in your duty to your wife in the bedroom. No woman will forsake you because of unsatisfactory sexual intimacy. It is a taboo in my lineage. Till you guys will bow out of this planet, no man will run your race for you.”

He was not praying for us but assuring us that it was the heritage of his father’s household as a renowned traditional healer and herbal medicine specialist. My dad knew the formula but I regretted not writing the details down in my diary. None of us have an idea of the herbs.

To my amazement, my two boys are “top strikers” in their homes. The same story was said by my cousins’ wives. I guess the thing is already in our bloodline. So, I do wonder when 30 something years old young men are complaining of erectile dysfunction. Some of my age mates will consume different kinds of stuff in readiness for sexual intimacy. Thanks to my grandfather for this invaluable fortification.”