Trending Now
Adeboye: Some women consider it privilege to sleep...
Despite challenges, God has been good to Nigerians...
Writers save lives, solve problems says Omotosho @...
Prince Harry’s book that hit 1.2m sales in...
Ex-Apola king, Idowu Animasawun celebrates 85th birthday with missions...
Nigeria can’t make progress if the Church is...
Peter Obi: I have not promised I will...
2023 elections and the imperative of divine timing
RCCG announces Prof. Aboaba’s passage says “He is...
The Paternoster Code: Debunking the age-long misconceptions about...
Home News Adeboye speaks on decision to honour Rev Esther Ajayi’s invitation to preach @ church dedication
News

The General Overseer of Redeemed Christian Church of God, RCCG, Pastor Enoch Adeboye has explained why he agreed to preach at the launch of the multi- billion naira church complex of Rev Mother Esther Ajayi despite not being of the Pentecostal denomination. 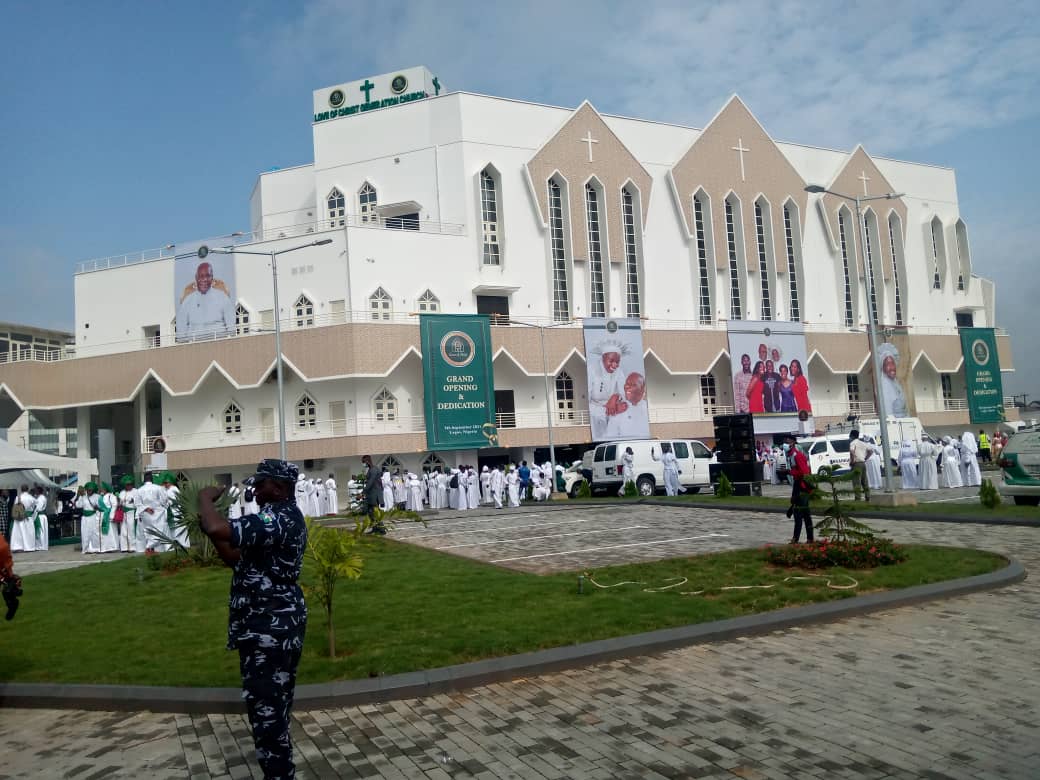 Adeboye who was the main speaker at the event on Sunday, September 5 said someone close to him had called to ask why he agreed to preach at the event when he read in the media he was to be the guest speaker.

He said he told the person that he had to honour the invitation because he got clearance to go for the event from God.

He added that if God allows him to go for such event that means there are souls waiting to be saved in such gathering.

“If God had allowed me to come, that means there are people God has prepared to be saved in this congregation,” he said to his listeners

At the launch which attracted dignitaries from across the world, Adeboye preached on the topic, “Jesus the only way”.

He explained that Jesus Christ is the only way out of trouble, out of sicknesses and He is also the only way into everlasting life.

Quoting John 14v6, he said there is no way to salvation except through Jesus. His words, “When I was younger, we used to have alias or nickname attached to our name.

“Your father might name you ‘Ayo or Ade’ for instance, but you think that is not big enough. You would want to add something to it to make it sound British. The person bearing Ade may change his name to ‘Adesco’. That was the trend then.

Drawing from this, Adeboye inferred that Jesus must have coined an alias for himself saying, “When people came to Jesus and asked what he would want to be called apart from the name he is known for, he told them, “I am the way, the truth, and the life.” 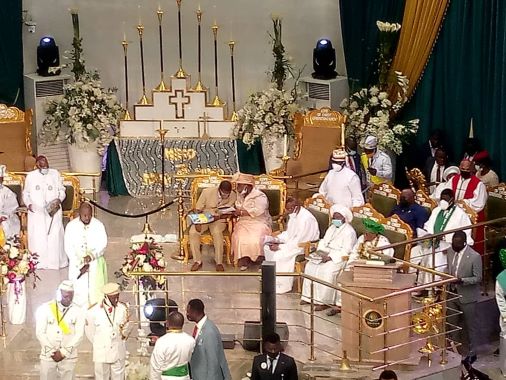 Altar area of the church Pastor Adeboye and wife, Folu having a chat

“Remember how He raised Lazarus from death. If He could raise Lazarus who was already pronounced dead then you have to rely on Him for everything. Just surrender yourself to Him now and see His wonders.”

In her speech, the founder of Love of Christ Generation Church, C&S, Rev. Mother Esther Abimbola Ajayi expressed profound gratitude to almighty God and her husband for being supportive of her dream.

“If my husband had said this occasion would not hold today, aside from God, there is nothing we could do. Nobody will query him. So help appreciate him.”  She said jocularly.

She thanked all the dignitaries at the event including former President Olusegun Obasanjo and Pastor Adeboye and his wife, Folu for honoring the event and for Adeboye’ss profound message.

There were other eminent personalities who came from the United State of America, Europe, and African countries to grace the occasion.

Governor of Lagos State, Mr. Babajide Sanwo-Olu, and the Head of Celestial Church of Christ Worldwide, Rev. Pastor Emmanuel Mobiyina Oshoffa who were not physically present were represented.

‘Vice President Osinbanjo not quiet in the face of  killings’

Church should be at the forefront of societal transformation -Itua Ighodalo