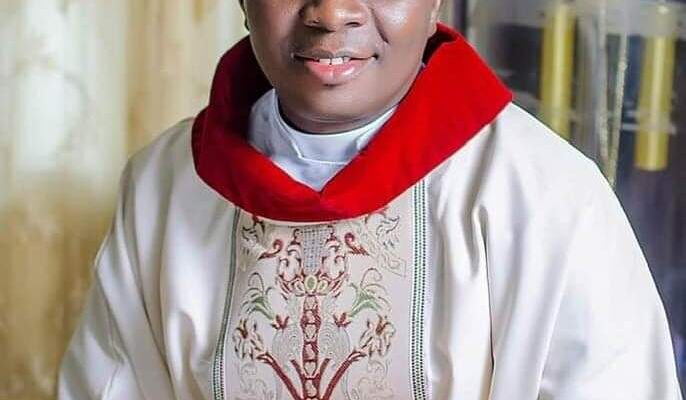 The Rt. Rev Peter Adebiyi made him a Deacon in 2001 and ordained him a priest in 2002 December. He preferred him a Canon in 2011. He was Installed as a statutory Canon of the cathedral to the stall of Bishop Adebiyi and later Preferred as Venerable/Archdeacon by Bishop Olusola Odedeji.

He is a native of ijede, Ikorodu, Lagos state, and son of late Canon Samuel Taiwo Olupitan. Ven. Olupitan served as chaplain of the Rt Rev Adebiyi between 2008 – and 2012. He shares his experience with Bishop Adebiyi

How did you meet Bishop Adebiyi?

I knew him even before I became a priest. Then he was Archdeacon of Ikeja Archdeaconry in the Old Diocese of Lagos of the Church of Nigeria, Anglican Communion. My father was also a priest in the old Lagos diocese.

After my NYSC I put in for the seminary and got admitted to the Lagos Anglican Seminary. That was barely a year after Bishop Adebiyi was enthroned as the pioneer Bishop of Lagos West.

After my seminary training, I was posted to the diocese of Lagos West. Bishop Adebiyi ordained me a deacon in 2001 and posted me to St. Stephen Abule Okuta and a number of other churches where I served.

He was quite fond of me. When I was posted to the church at Igando, he gave me the task of populating the church. By God’s grace, we were able to work in that church. He supported us with some funds which enabled us to build.

We had a bishop/priest relationship until 2007 when I was posted to the Church of Ascension, Opebi to work with his younger brother who was there as the vicar. I did not stay long at Ascension before I  was posted to Anglican Church of Advent,  Oshodi where I worked with our current Bishop, The Rt Rev James Odedeji. He was then the archdeacon of Oshodi.

I became close to him when I was appointed episcopal secretary along with Venerable Kayode Oredugba. Later I was appointed as his chaplain that was in 2008. before then I was in and out as a chaplain. I must give credit to Bishop Odedeji, who along with some other people recommended me to him as chaplain

You knew him before you became a priest. What kind of a priest was he then?

He was evangelical. He was one of the few priests in the then Lagos Diocese who had some charisma and drive. I remember going to visit him along with my dad after he was attacked by robbers in the vicarage at the Archbishop Vinning Memorial Cathedral Church. I could see the aura of being a priest around him. When he now became Bishop of Owo, we heard so much about his exploits and how God was using him in that diocese before he was translated to Lagos.

You said he was attacked by robbers?

Yes. He was attacked when he was in the vicarage. The robbers shot him in one of his arms. But the bullet had to be removed later in the hospital. Thank God he survived that ordeal.

Being his chaplain was a privilege. It opened my eyes to the whole essence of ministry work. Despite learning from my dad, I still had to learn a lot from him. My being chaplain gave me the opportunity to know the scope of work in the church and how to apply myself well. But I must confess that it was not easy working with him in the sense that he was a workaholic.

The good thing about working with him was that he took me as his son and not a chaplain. From day one when I began work with him, he broke the official barrier. He opened up to me on many things. Once he accepted I would be his chaplain, he accepted me all the way. We had a father-son relationship.

Because of his disposition to me, I was able to bring the chaplaincy to the limelight. He did not hide anything from me. He made me realise I was his son, not a chaplain. I enjoyed every bit of my work with him. There was no place I could not enter his house. We were that close. I had access to where he kept his money and other valuables. That was the level of trust that existed between the two of us.

Was he ever annoyed with you?

Of course, he was. Sometimes because of youthful exuberance, I would do things that did not go down well with him. But then, he did not lay my sins to heart. The moment I apologised, he would forgive and forget about the incident, He would not even refer to it again even if there is a need to mention it.

You said he was a workaholic, what was the driving force for him?

It’s hard to explain. The kind of zeal he brought to bear on the job was simply incredible. I used to wonder where he drew his strength from. He was always on his toes. Sometimes I had to run to catch up with him during some functions. He told that he got the passion for work from the then Primate, Joseph Adetiloye He loved the gospel. He loved Jesus. He loved the church. Baba Adebiyi had a passion for the Anglican Communion.

What do you think he would love to be identified with most and his weakness?

Fighting for Justice. He was passionate and emotional when it comes to injustice in the land. He cried at every sight of injustice. You will see the human nature in him when people are deprived of their rights. He was also not comfortable with the way our leaders were leading us. On many occasions, he granted interviews talking about the evil in the land. He was quite outspoken.

If somebody died in an accident for instance he would blame the government. He believed if the roads were good, accidents will not be common. He also wanted the church to continue to grow. He wanted the Anglican church to be everywhere.

As humans, we all have our shortcomings. But I think for Baba Adebiyi from my reading of him, he was too open to a fault. His enemies took advantage of his openness to work against him.

As his chaplain were there things you will like to recall while working with him?

One, I count myself very close to him. He told me many things about life and in fact, told me how he wanted to be buried. But I can’t forget how God saved us from dangers several times.

We were attacked many times by robbers on some of our missionary journeys. It was the Lord that paved the way of escape for us. One time the robbers got to us around the Ogere side of the Lagos-Ibadan Express Road. They had just finished an operation when they accosted us. But because they were in a hurry to escape from the scene, they could not do anything to us.

On another occasion, the driver was smart enough. He reversed as soon as he spotted the thieves operating. There were many other instances of near-death experiences. That is why I recommend that prayers should always be made for men of God for protection.

What were some of his concerns?

He had a lot of concerns but sickness deprived him of the opportunity of working on them, He fell ill in the US and had wanted me to come over. But I could not secure a visa then. But immediately he came back I went to see him in the hospital.

At a point in the hospital, he was deeply in tears. I understood all his moves and emotions. I gave him the necessary care. I did not see him as a boss but as my father. He brought me to a high level in the ministry.

I could imagine the pain in his heart. I could read his mind. He was perhaps thinking of all his plans and what he had wanted to do at retirement and then this sickness.

Since that time I never left him. I always visited him at home after he was discharged from the hospital. There was this bond between the two of us. He would ask me to come and massage his body on the sickbed.

What is that striking quality about him?

His humility. We used to sleep together in the same bed when we travel. That was how close we were and how humble he was. He was just too down to earth. He was not proud.

When last did you see him before he passed on?

I was with him a week before his death. He was still in the sickbed. We had time together to chat and reflect on many things. Incidentally, his last child was traveling back to the UK and she was asking if baba would attend her husband’s ordination.

He told her he would come on the condition that I come with him. I used to call him Peter the planter. And that gave him joy.

So what are the lessons you picked from him?

His humility was outstanding. Bishop Odedeji while addressing us recently said meekness is about having authority and power and not using it. And that is how I can describe Baba Adebiyi. He did not use his authority to oppress. He forgave easily. Many priests offended him but he forgave them.

He was also very generous 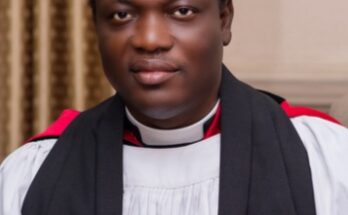