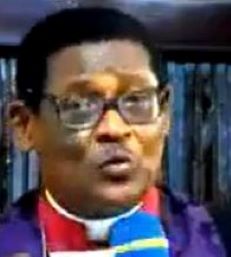 The Primate of the Church of Nigeria, The Most Revd Henry Ndukuba, has described as yahoo yahoo gospel any gospel that places emphasis on making it and possessing without due process.

Ndukuba made the submission at the commendation service for the late Rt Rev Peter Adebiyi on Wednesday, April 27.

The commendation service was held exactly nine years after the retirement of the late Bishop at the Archbishop Vining Memorial Cathedral Church, Ikeja, Lagos.

He will be buried today April 29 at Osi Ekiti his hometown.

People without hope live in desperation

At the commendation service which attracted about 28 bishops of the church and several dignitaries from across Nigeria and abroad, Ndukuba harped on the message of hope and warned against the epicurean lifestyle.

The Primate stated that without hope people live in desperation noting that some people don’t mind wasting the lives of others because of their own hopeless situation.

According to the cleric, “The worst thing that can happen to you is to live without eternal hope. Our young people have bought into materialistic gospel because the message we hear is no longer repent and be saved. It is no longer the spiritual revival that brought about economic revival.”

He expressed worry over what would happen to the nation after the crop of people nurtured with godly fear are gone.

“I wonder what will happen if those nurtured with godly fear get out of the system. The people that are following don’t know what they are doing. The commitment is not there. We are in a consumerist society.”

Hedonism has taken over

While noting that Paul the apostle had warned against the materialistic gospel, he said, “Hedonism has taken over, epicurean philosophy of old has taken over.”

He said without hope people live in desperation adding however that “for the believer in Christ hope is a person, it is Jesus Christ. It is the person of Jesus that can turn things around. If there is anything not connected with Jesus, it is a dead hope.”

Ndukuba said “by the resurrection of Jesus we are born again to a living hope. Hope is an essential factor in surviving. Whatever we are passing through is for a while. Thank God for Good Friday but that was not the end, victory came because there was  Easter.  No matter what you pass through there is hope.”

He advised that people should patiently wait on the Lord to fix things in their lives. “When you hope for something you wait patiently. The goal and purpose of God in your life will be accomplished,” he assured.

On the late Bishop, Ndukuba said, “Baba Adebiyi served the purpose of God in his generation. He was so committed and loyal. He was known for integrity in the House of Bishop. Baba Akinola would always say Peteru come. You could confide in him. He was not  one of those who will call you names at the back.”

Ndukuba further stated that hope is connected to faith. “By faith anchored in hope, Baba Adebiyi obtained a good testimony. He had the assurance of knowing the sovereign Lord.”

The Anglican primate noted that many are only interested in what they can get from God.

“Sometimes when people are in need they will be close to God but immediately God opens the door for them they will be bigger than the services in the church, we behave as though there is no God.”

He warned that the Lord who gave us life will one day require it from us. “By the action of some people, they are saying there is no God. If we must acknowledge God we must run from the act of unbelief and doubt.

“He is the way the hope, the way the truth and the life. Wise men still seek Jesus. I am believing God, that he will do something extraordinary. The time for God to arise has come. We have the assurance of the sovereign Lord.”

He said the spirit God put in man is filled with a desire. “It is the encounter with Christ that turns us around and fills that desire. If there is judgment on earth there will be judgement in heaven. The number of bishops at your burial makes no difference, the difference is made now, choose who to serve. Choose where to spend eternity,” he admonished.

The Bishop of the diocese of Lagos West, The Rt. Revd. James Odedeji thanked all those present at the service recalling the great work that the Late Bishop Adebiyi did while serving in the diocese.