Trending Now
A “widow’s” lamentation and lessons for RCCG, others...
God’s word: A case for non-English speakers in...
Adeboye: Some women consider it privilege to sleep...
Despite challenges, God has been good to Nigerians...
Writers save lives, solve problems says Omotosho @...
Prince Harry’s book that hit 1.2m sales in...
Ex-Apola king, Idowu Animasawun celebrates 85th birthday with missions...
Nigeria can’t make progress if the Church is...
Peter Obi: I have not promised I will...
2023 elections and the imperative of divine timing
Home Features 2023 Winning Strategy: Call For Sharia In Kano While Christians Are Romancing ‘Taqiya’ In Lagos 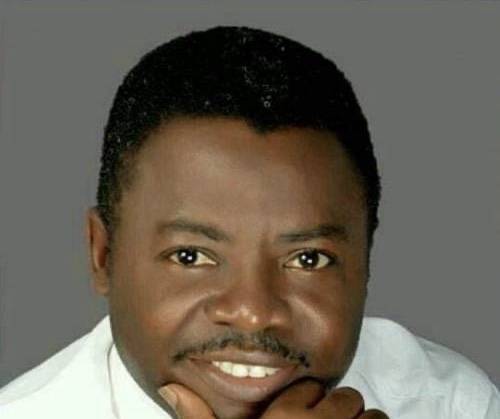 2023 Winning Strategy: Call For Sharia In Kano While Christians Are Romancing ‘Taqiya’ In Lagos

Taqiya is a feminine name of Islamic origin, a fitting portrait of a beauty who is polite and has good morals. Who will not want to associate with such elegance? But there is the flip side. Taqiya literally means “prudence, fear” Google further states; precautionary dissimulation or denial of religious belief and practice.

Generally, taqiya is the action of committing a sinful act (such as feigning unbelief) for a pious goal. In the context of Kano and Lagos in light of 2023! What Kano boldly declared Lagos must “Taqiyally” implement! The need, therefore, is to feign ignorance of the real intentions of Muslim/Muslim ticket sounded in Kano. You may want to bet it, like the beautiful Delilah, the Samsons of Lagos are already having their heads on Taqiya’s laps, the beautiful damsel of the moment!

Two states that no one should ignore in the dynamics of surprises that the Presidential election billed for the 25th of February 2023 holds are Kano and Lagos. Kano has up its sleeve officially over 6 million voters, a chunk of which are underage, out-of-school children, victims of the system who live to see nothing but full implementation of Sharia in the country as a result of “weaponised” poverty combined with illiteracy.

Faces of some adorned social media with no attempt from INEC to straighten this record. That baggage, not even the excited crowd of the Obi-dient movement are deploying their social media strength to. They have declared February 11th as global Obi-dient march day in Canada, the UK, America, all over Europe, and across the globe!

When in actual fact they all should gather from all the ends of the earth in Abuja to demand the cleansing of underage children away from INEC voters register. How can we overlook the 2015 Kano and expect a different result in 2023?

A group of over 70 Islamic groups gathered in Kano to declare Jihad against development, To them, they are content with the supremacy of the Muslim/Muslim Ticket of Tinubu/Shettima than any other thing democracy could offer. Could they be sponsored groups to put Tinubu/Shettima ticket in disrepute? Wait a minute was Ganduje there? Their rhetoric is annoying and senseless but sensitive. It does not worth our time, a Christian sounded! But it may take our faith and desired futures away from us! I responded!

Kano has become the Jihad Headquarters of Northern Nigeria as expected, the words are nothing less of a call for war, “All Muslims should vote the Moslem-Moslem ticket. Christians should be removed from every govt in Nigeria, It took the servant of God, Elrufai, in Kaduna state to tame the infidels in the state” – Sheikh Muhammad Bn Uthman in Kano while endorsing Tinubu’s Moslem-Moslem ticket.

Those were the words of a popular cleric endorsing the ethnic cleansing ongoing in Kaduna state while urging Muslims to make sure that No Christian attains any elective position in Nigeria.

Since time is an investment that must be made now to guarantee a better future, I chose to engage with APC, Christians, and Nigerians in general on this. We are not at war, Tinubu should respond to us on the claim of Kano. We, at ART, have done everything possible to get the big 3, APC, PDP, and LP to be part of our Conference, they are either too big to mind Nigerians or too bureaucratic to be accessible!

Whichever, we have chosen a path away from following the crowd, the same mistake of sticking to the devil or the deep blue sea of APC and PDP that brought us to our knees as a nation is unacceptable!

We are galvanizing people to know, that they are more than all the political parties put together and they can win for any candidate in any political party without regard for the size of his or her political party. This requires political hard work but it is the path to honourable victory!

We have chosen it!

I assure you of an interesting day, Tuesday, promises to be, a political milestone in the strategy of doing politics the kingdom way. All Presidential candidates who responded to us by forwarding adverts and goodwill messages to be published in our Programme brochure and those who didn’t will be given equal opportunities! The round table will decide their fate.

Let’s lay Kano’s Sharia decision and its call before all Nigerians ahead of ART.

1. “Infrastructure or development is not our concern or priority but two people at the top to protect our religious interests”.

2. One Muslim is better and better off for us than one pagan. Two Muslims are better than one Muslim.

4. It was a meeting of mono clerics from North West Nigeria with 1 point agenda

5. Other mono agenda clerics from Yoruba, Igbo, etc are being mobilized.

On this position, APC as a political party has said nothing, same for their ticket holders, Tinubu and Shettima.

Lagos is the state with electoral capacity to neutralize what may be coming out of Kano with over 7 million registered voters with the INEC Resident Electoral Commissioner of the famous Osun remote control election now in Lagos. Lagos and Kano may decide 2023 presidential election.

The Kano strategy is of course a No-No for Lagos. However, Taqiya has gone full wing in Lagos, it has been meeting upon meeting with the Christian Clerics in Lagos. One of such was addressed by a Muslim assuring them of Tinubu’s plan to rule Nigeria the way he had ruled Lagos since 1999, our fear must be allayed with words that are coming out of Kano

We have our letter written to Gov Sanwo-Olu, I won’t mind the insinuations we are getting that we are not friends of this administration, we are friends in the Lagos project I assure you Sir, and as one, Sir, you will be treated along with others if we are privileged to have you.

While writing this, I got a call from one of my leaders to be part of Lagos State Annual Thanksgiving which will be holding for the first time outside the state house at the TBS, a mega political thing. But the invitation came in late your Excellency. However, I and all at ART join all Christians in Lagos with Mr. Governor to thank God. Sir, in the spirit of Thanksgiving and what it represents, we here openly request for Tinubu/ Shettimas’ reactions to the declaration of the Jihadist Cleric in Kano.

2023: The triple danger and a nation in denial: An x-ray of Tinubu, Atiku and Obi