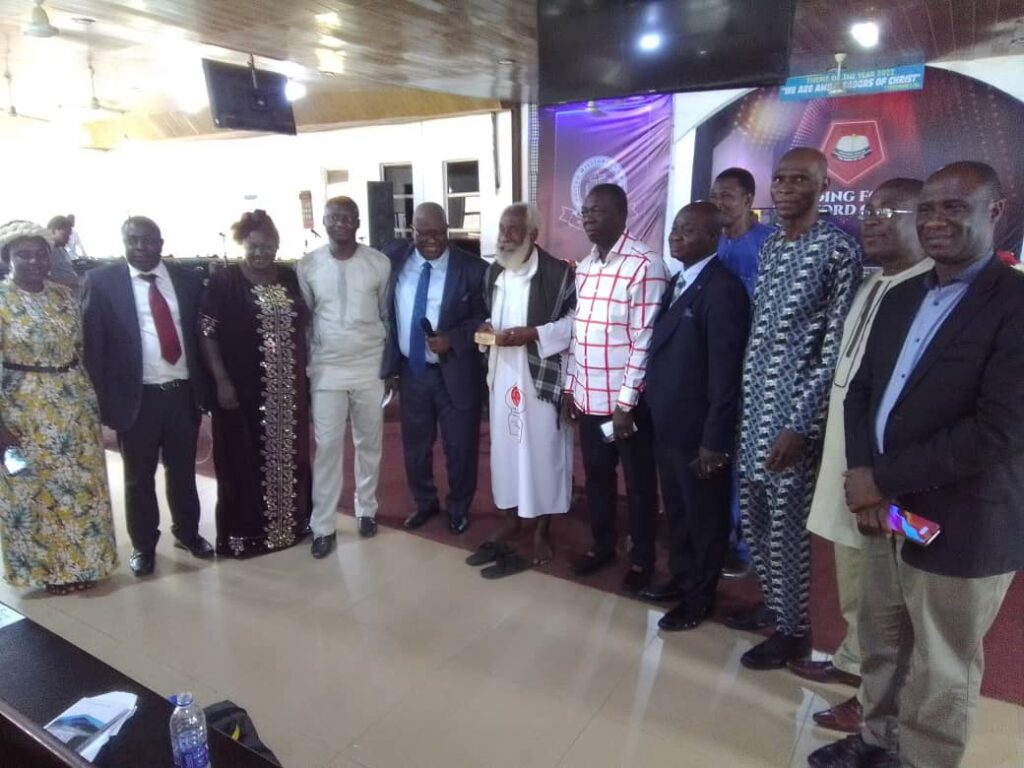 Leaders of churches and ministries with the delegation of Harvest Point School of Ministry after the summit to facilitate theological training in indigenous languages held at the UCMA Theological College, Ilorin, Kwara State on June 12 2022

The Ministry is aimed at giving theological education to northerners who are in ministry.

President of the ministry, Pastor Henry Odeneye expressed confidence that the school which will use indigenous languages to give theological education in the Northern part of Nigeria will go a long way to help pastors fulfil the call of God in their lives.

At the summit with leaders of churches and ministries at the UMCA Theological College in Ilorin on Monday 13th June 2022, Pastor Odeneye explained the mission of the school of ministry as one directed at ensuring ‘a well-trained local language preacher of the gospel that can make disciples for Christ.’

He said the school which has been embraced with the establishment of satellite campuses in Lagos, Ogun and Oyo states is not in any way in competition with existing theological schools and colleges.

“We are only adding to them in a unique way, to give respondents theological education that is of international standard through tuition given by renowned gospel ministers such as Reinhard Bonnke, T.L Osborn and or Joyce Meyer among others.

He told the audience of over 150 participants which include the National chairman, the council of leaders of churches, leaders of the Christian Association of Nigeria CAN and the Pentecostal Fellowship of Nigeria (PFN) that the HPSOM has established centres for Swahili in Tanzania and Uganda, for Portuguese in Brazil, Ewe and Yoruba in Benin republic and Togo, among others.

Explaining further Pastor Odeneye said though Bishop Ajayi Crowther was instrumental to the codification and writing of the Yoruba language, “if we are not very careful Yoruba language will be tied to Ifa, just like Arabic is tied to Islam.”

School of Ministry in Yoruba, Arabic and Hausa 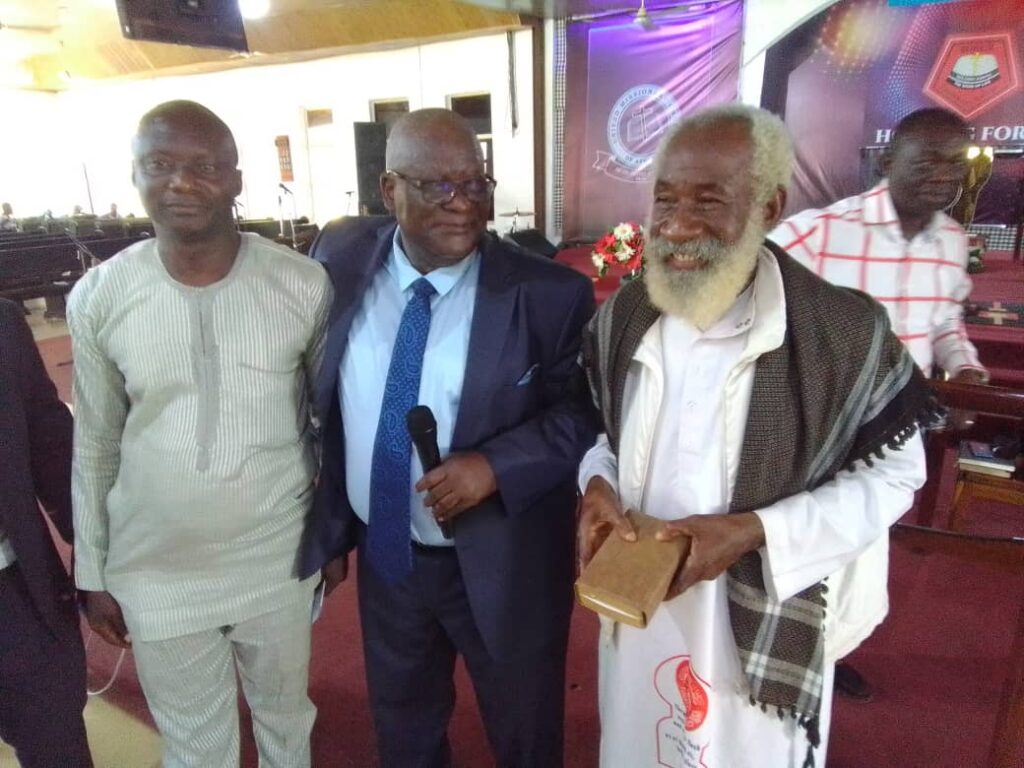 “We want to come in here, work with you, partner with you, have a school of ministry in Yoruba, Arabic, Hausa. Africa is going to be the centre of Christianity in the whole world very soon

Of the 630 million Christians, only 37% of them, according to Harvard University research, are true disciples of Christ.

“If we are not very careful the rest, about 63% of them, the large chunk of some of them may go back to the world.

He stated further that there is a need for teamwork in carrying out the great commission adding also that there is an urgent need to fill the knowledge gap.

“We have people who have the zeal for evangelism who are in the villages, but who do not have the theological knowledge. Because the pastor is not deep in the word of God it would reflect in the congregation. It is the knowledge that we want to give.

“If the pastor himself is not groomed in the Holy Spirit how would he lead the congregation. That is why we have to take the school to the villages.” Odeneye said.

Participants were instructed on how to take the school to the villages with the use of digital technology.

The delegation led by Pastor Odeneye included Pastor Tunde Adebisi, the communication director and HPSOM Nigeria’s representative and Brother Timothy Bamidele, the Media Technical Director.
Participants in the summit were exposed to the virtual mode of operation of the school that enables candidates to receive theological instructions in the comfort of their Church auditoriums or any other locations of their choice.

The school’s lectures would be presented in three modes simultaneously in English, indigenous language, and hard copy.

Pastor Odeneye recalled at the event with nostalgia his encounter when he was invited to minister at a student fellowship programme in Ilorin before he travelled out of Nigeria.

He said, God, gave him a blank cheque to ask for whatever he wanted and also asked that the congregation should make a similar request.

According to him, he asked that God will intervene in his education and send a helper.  “The Lord answered that prayer,” he said.

God brought him to a destiny helper Mr B. G. W. Harris who later sponsored his university education abroad.

Nigerians should reject Atiku and Tinubu at the polls-Rev Thompson, says, govt has compromised nation’s security