Trending Now
A “widow’s” lamentation and lessons for RCCG, others...
God’s word: A case for non-English speakers in...
Adeboye: Some women consider it privilege to sleep...
Despite challenges, God has been good to Nigerians...
Writers save lives, solve problems says Omotosho @...
Prince Harry’s book that hit 1.2m sales in...
Ex-Apola king, Idowu Animasawun celebrates 85th birthday with missions...
Nigeria can’t make progress if the Church is...
Peter Obi: I have not promised I will...
2023 elections and the imperative of divine timing
Home News “Tweet Atiku brought down will be his political albatross”
News

A human rights activist and social crusader, Comrade Paul Njoku has said Alhaji Atiku Abubakar has only shot himself in the foot politically by pulling down the tweet condemning the murder of Deborah Yakubu,  the Christian lady in Sheu Shagari College of Education in Sokoto. 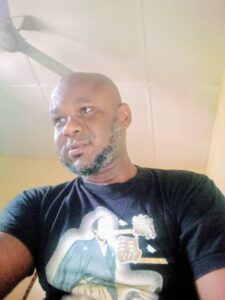 Njoku, in an interview with our correspondent, said the former Vice President ought to have remained silent even if he was not the one who approved the tweet.

“He ought not to have brought down the post. What he did has only exposed him. Let us even assume he was not the one who approved the post, the fact remains that, the post was quite in order.

“The tweet was condemning what every sensible person condemned. By pulling it down, is he suggesting the murderers did the right thing? That is the question he ought to have asked himself before pulling down the post.”

Njoku reasoned that the tweet on its own will make his people in the North not trust him. “By pulling it down, the People in the south too who are largely Christians will not trust him. He will be left with people who are neither Christians nor Muslims to vote for him if at all he gets his party’s ticket.”

He said further, “Atiku unconsciously lost Muslim votes by condemning the ruthless killing of Deborah by the jihadists in his tweet. Similarly, he lost Christian votes by deleting the tweet. He is left with people who don’t believe in either faith and those ones are negligible.”