The best gift for Bishop Adebiyi at retirement

Ven Gbenga Oniye, Archdeacon of Abule Egba Archdeaconry spoke with Church Times Nigeria on his ministry and the retirement of the Rt. Rev Peter Awelewa Adebiyi. 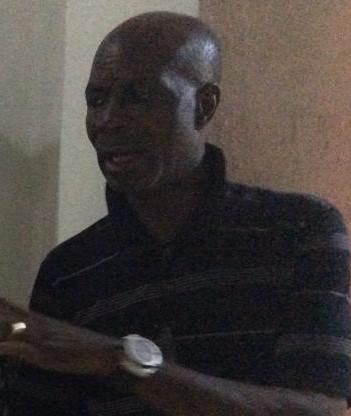 My birth and early romance with the Anglican Church

I was born an Anglican and grew up in an Anglican dominated community in Ido Ani.  I attended an Anglican Secondary School. In those days I remember we used to trek long distances to church every Sunday because there was no chapel in our school then. But for me it was fun. But all the while as a student, it never crossed my mind that I would ever become a priest in the Anglican Communion. But I had this inclination towards God right from my childhood. There was this fear of God in me that kept me going and that made me eschew human vices. The fear of God would not enable me to cheat or live a careless life.  I try to live up to God’s expectation so to say though I did not know God was preparing me for priesthood.

My sojourn in UK

Just like what obtained in those days, I travelled out of the country for further studies. I studied Operational Research with bias in marketing. I also studied Business Administration up to Masters Level in the University of Hull in UK. I graduated on December 13 and travelled back to Nigeria on December 15 1985. I believe in the project Nigeria. I’m attached to my community, my people and Nigeria. We had this group in the UK which was pro-Africa. We loved our colour and we were not carried away by the life of the whites.  There was nothing they would do in the UK that interested us as a group. There was a time I had the opportunity of picking a British passport and I said to myself that I won’t touch their passport.

For many years after I came back I never travelled back to the place. I experienced a bit of prejudice where I was working. I started working as a dish washer, a cook and a bar man while I was also in school. I remember phoning my supervisor who did not go beyond primary school that I won’t be able to come to work because my friends and I wanted to have some party to mark our graduation from school and he said to me on phone that if I did not show up I should consider myself sacked. That got me annoyed. That was how I left the job.

Also in school, I remember having problem with one of my lecturers who said it to my face that she hated me. I was told that I could not graduate because I took four instead of two optional courses and people were telling her that since I had satisfied the requirement she should let me go. She insisted that she was going to delay me. She said to me that she did not like my face. All these experiences coupled with the fact that I loved Nigeria did not make me stay longer than necessary in UK. When I was rounding off my Masters degree I was given job placement in the UK but I had made up my mind that I was coming back to Nigeria.

I was disappointed but…

I came back to Nigeria and I was disappointed because I could not use my certificate to work. I was in an interview which I did very well but they wouldn’t  employ me because I was not recommended by somebody that was “powerful” They wrote me a letter telling me they did not give me the job not because I was competent but that certain policy of the company would not allow them to take me. I later understood that the vacancy available was by appointment not by employment. Usually they give people who have been recommended by a member of the board of the company.

I later had to go into private business through divine arrangement. I met a guy who God used for me to start off. We got the account of a blue chip company and that was a good start for us.

My journey to priesthood

I used to go to any church then because of my travels. But this particular day, my uncle invited me to AVMC in 1989. Bishop Adebiyi was the vicar then and immediately I entered the church I could feel the presence of God. I saw big influential but humble people.  The day I attended the church I realized I was sitting between two powerful people. One was an executive director of Nigerite the other was an Air Force General. It is a church where members display humility. Humility defines integrity and godliness. I was fascinated by the obvious show of love in the church.

I fell in love with AVMC and I made it a point to attend most of the programmes.  It got to a point that nothing else mattered to me but the church of God. People at a point felt I was going too far. I bought a devotional Bible and fell in love with the word of God. I read through the Bible in two weeks and that really fascinated me.

I went to Lagos Anglican Bible College. We were the first set and I found out that there is more to life than what I knew. I strived to know more about God. Before I went to the Bible School, a prophetess had given me a word of prophesy that I would work for God but that she was concerned that my wealth could affect my walk with God. Some of my friend used to call me pastor even before I was ordained. It got to a point that I began to realize that there must be something interesting about serving God.

Along the line, I became active in my home church. The Lord used me mightily in making useful contribution to the church during its centenary celebration. I was later made the chairman of the harvest of the church though I was young. I saw the hand of God at work.  Then I had no house in the village and people who were close to me were wondering how I could be spending so much on churches when I don’t have a roof over my head.

In the course of the service I was made baba ewe of the church. Initially I felt I was too young to occupy that seat but the church prevailed on mel. Bishop Adebiyi was the one who came to anoint us. After the Bible school experience I was ordained.

I want to say that baba Adebiyi is a man with big heart. I was comfortable enough to be visiting him every week when I was baba ewe and he was the Bishop of Diocese of Owo but I never did and he did not say he would not ordain me when I opted to be a priest. He is a big tree that is blessed with all fruits and has been a blessing to many. He is not God but he is a man who fears God. I can never be a sycophant but if for Baba Adebiyi people will see me as a Sycophant,  let it be but I’m not saying I accept being called a sycophant. Apart from God nobody has touched my life in wishing me well than baba Adebiyi. He is a spiritual man. He has not sent me to anywhere that I failed.

He favours all his sons. Many are called but few were chosen.  He has favoured me but not in the context of favoritism. We all pray for favour and If God has used him to favour us fine. We are not from the same town. But the fact is that Adebiyi is a due process man.

His achievements and best gift to give him

The greatest achievement is in the area of evangelism.  Many souls have been harvested during his time.  Adebiyi is a detrabilise person. There are people from all over the Nigeria in this diocese. Once you are good, he does not want to know where you are coming from. Where I am in this diocese is the highest level that anybody can put you. His hand has touched me as a person. There is no amount of gift and accolades that will be commensurate with what God has used him for. 1Cor 15v55 says brothers be immoveable continue with the good work for God will reward you. This is a scripture I know baba loves so much. He believes God will reward him. The best gift we can give him is to pray for him. We should continue to pray for him. He has worked and lifted the diocese to another level. There is no favour that can be more than making one of us the Bishop. If somebody was brought from outside to be our Bishop in the diocese it will take the person another four years to understand what is going on. But he has saved us that headache by making one of us a bishop. He is a mortal and he has his own shortcoming but I know they are things that are common to all flesh. That is our man that we are celebrating his retirement from service. We will always pray for him that God will strengthen him and that we will all make eternity together.