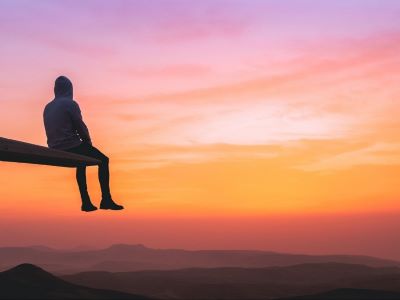 People who live solitary and lonely lifestyles are dying daily. The death rate is increasing but silently. Quite a number of such deaths have been recorded in January alone. The situation is worse for those who have attitudinal or relationship issues with their family members and neighbours as nobody asks after them even days or weeks after they’re not seen around. To loners with a short fuse, neighbours keep their distance for fear of being snubbed or engaged in quarrels.

A senior lecturer in a federal university died in his official residence without anybody knowing. His family lived abroad and he visited them twice or once a year depending on his schedules. He had no domestic staff, no friends, no acquaintances and none of his relations came to visit him. He took ill, managed his condition without anybody knowing. Hours ran into days until his decomposed body was found in his apartment when someone who wanted to give him a consignment to be taken overseas came knocking on his door. After calling his name several times with hard knocks on the door, the guest raised an alarm and the door was jacked open only to find his dead body decomposing.

Last October in Port Harcourt, Rivers State, a woman who had been a loner for some years was found dead in her apartment almost two months after her death. In fact, it was the stench of her decomposed body that led people to invite the police before the door to her apartment was broken to gain entry into her apartment.

A former telecommunications official who, out of marital frustration, decided to live alone without socialising with family members, friends or colleagues, died in his sleep. It took his neighbours about five days to raise an alarm that he had not been seen while his door was locked from the inside. Thus, the door was eventually forced open. He was found in his bed lying in a sleeping posture but bloated with foam in his mouth.

These incidents were happening sparingly in the past but these days, it is becoming alarming. An asthma patient died of an asthma attack in her north London flat. The television was left on. The mail continued to be delivered. Her rent was set up to be automatically deducted from her bank account. The days rolled by and no one noticed she was gone. Those days turned into weeks and the weeks into months. There were large trash dumpsters on the side of the building next to her unit, so the neighbours never thought much of the smell emanating from her flat. Eventually, her bank account dried up.

Her landlord sent her letters of collection. These letters, like the others, simply fell into the stacks scattered about her floor. They went unanswered. Finally, with more than six months of overdue rent, the landlord got a court order to forcibly remove her from the premises.

The bailiffs broke down the door, and it was only then her body was discovered. By then, it was more than two years after she passed away. In that time, nobody ever came looking for her. No family. No friends. No co-workers. No neighbours knocked on the door to see if things were all right. Nobody called. Nobody checked in. She was 38-years-old when she died.

No matter the age, it is risky for adults, especially those above 50s to live alone. Men are more endangered in solitary life than women but recent happenings show that both sexes are prone to untimely deaths through loneliness. This mental health problem has been shown to translate into physical health.

A well-known review of research found that loneliness (the feeling of being lonely), social isolation and living alone were risk factors for early mortality, with an increased likelihood of death ranging from 26% to 32% as at last year.

Living alone can be deadly. A study by Brigham Young University found that loneliness shortens a person’s life by 15 years and has the same health impact as being obese or smoking. Some may turn to drugs, alcohol, or binge eating as ways to cope with loneliness. Men who live alone have a 23 per cent increased risk for dying prematurely from any cause and a 36 per cent increased risk for cardiovascular death.

According to a New York Times’ report published on February 7, 2019, headlined: “Living alone may be bad for your health,” Danish researchers began studying 3,346 men, average age 63, in 1985, tracking their health for 32 years. Over the period, 89 per cent of the men died, 39 per cent from cardiovascular diseases. Social isolation is a global problem and won’t be solved on an individual level. Living alone is a risk factor for mortality much more in men than in women from the general population: a prospective cohort study has revealed.

Living alone was not associated with dying prematurely for those in the highest socio-economic group — the 19 percent of study participants who had a university degree or worked in an executive position. But for the rest, the lower the socio-economic status, the higher the risk for death. “It’s paradoxical that the more we live in concentrated populations in big cities, the more people are living alone,” said the lead author, Dr. Magnus T. Jensen, a researcher at Copenhagen University Hospital.

Another study on the implications of a lonely lifestyle by a group of scholars reveals that during the past decades, a rising trend of living alone can be observed in the population especially in urban areas. Living alone is considered a psychosocial risk factor. They studied the relationship between living alone, cardiovascular risk factors and mortality.

“Altogether 260 men (7%) and 620 women (18%) were living alone at baseline. Men, who lived alone, were less well educated, had fewer children and friends, and smoked significantly more than other men. Women, living alone, were also significantly more often current smokers and had fewer children and friends, but they were more often better educated than cohabitating women. The latter group showed a higher proportion of obese and hypertensive women.

The summit of this narrative is to impress it upon single adults, especially single parents as well as grandparents who embrace lonely life that it is very risky, hence they need someone to be with them. If they are not comfortable with adults for whatever reason, adolescents could live with them. Some stay alone out of frustration or due to economic factor. Some mothers had sacrificed their love life because of their children but now that the children have gone to live their own lives, they now see the need for companionship.

Age factor may no longer favour them to determine their choices the way they would have done years ago. Life is worth living than inflicting pains and injury of loneliness on self. Religion is holding some people down in solitary life. When they fall sick, feel hungry or have some needs, there’s nobody around them to run errands or to offer succour because they have shut the doors of interaction, association and friendship. This underscores the need for companionship to desirous adults. It’s still early in the year, let’s kill loneliness with friendship, fellowship and genuine love, care and charity. Enough of deaths through solitude and loneliness.

“No matter the age, it is risky for adults, especially those above 50s to live alone. Men are more endangered in solitary life than women but recent happenings show that both sexes are prone to untimely deaths through loneliness.”